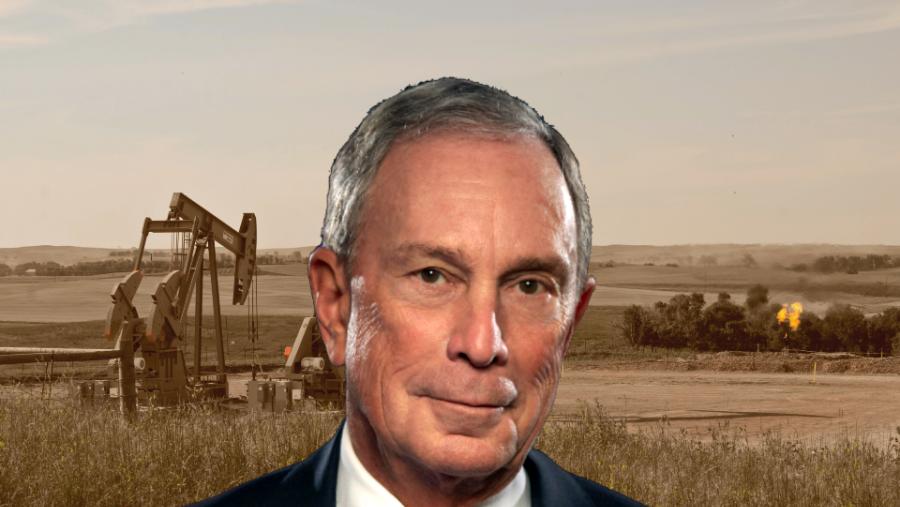 The current version of Michael Bloomberg--not the 20th century Democrat, not the Bush-era Republican, not the independent third-term New York City mayor--is a generous, liberal billionaire at the forefront of fighting for gun control and saving the planet. In recent years, he has bestowed his largesse on gun control groups, including some that he founded, and environmental groups such as the Sierra Club and the League of Conservation Voters.

Natural gas is a significant contributor to climate change. It emits carbon when it's burned, although significantly less than oil, but its extraction from the ground also lets off methane, a greenhouse gas that is eighty times more potent than carbon dioxide. A February study published by Nature revealed that human methane emissions have been underestimated by up to 40 percent.

The former mayor's involvement in promoting fossil fuels runs still deeper. A number of lawmakers whom Bloomberg has helped win elections, many of them Republicans, have denied climate science, voted to slash air and water pollution regulations, increase oil and gas drilling on federal lands, and construct controversial oil pipelines, among other measures that harm the environment.

The Bloomberg campaign did not immediately respond to a request for comment.

"Bloomberg is trying to talk a big game on climate, but these donations show where he really stands," Stephen O'Hanlon, communications director of the Sunrise Movement, an environmental activist group that endorsed Sen. Bernie Sanders (D-VT) for president. "Any voter that cares about tackling the climate crisis and giving our generation meaningful jobs and a livable future through a Green New Deal, should run as far away from Bloomberg as possible."

Here are some of the politicians who won elections with the help of Bloomberg's personal campaign donations, spending by outside political groups funded by Bloomberg, or both. 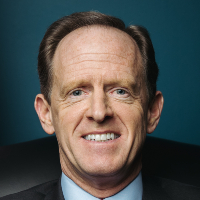 In 2010, Toomey questioned the role of humans in climate change.

"The extent to which [global warming] has been caused by human activity I think is not as clear," he said. "I think that is still very much disputed and has been debated."

In September 2016, as Toomey faced a strong challenge from Democrat Katie McGinty, the environmental advocacy group League of Conservation Voters (LCV) released a memo criticizing Toomey for being "Big Oil's Best Friend." The memo calls out Toomey for opposing Obama's Clean Power Plan and the Paris Climate Agreement, proposing cuts to the Environmental Protection Agency (EPA), and voting numerous times to open up the Arctic, the Atlantic and Pacific coasts, and even the Great Lakes to oil drilling.

LCV gave Toomey 0 percent out of 100 percent on its national environmental scorecard for the 2018 legislative session, and a lifetime score of 5 percent.

In 2018, Bloomberg donated $5 million to LCV and worked with the group to identify targets for political contributions. Also that year, LCV gave Bloomberg a lifetime achievement award "for his climate and clean energy leadership."

LCV did not immediately return a request for comment. 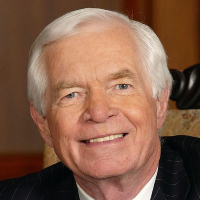 Cochran was a senator from Mississippi for 40 years, from 1978 to 2018, when he retired and later died. In 2014, Bloomberg was one of the three top donors to a super PAC, Mississippi Conservatives, that spent over $1.8 million exclusively to help Cochran win his Republican primary. Bloomberg and two other donors each gave $250,000 to the super PAC.

LCV gave Cochran a 0 percent score for the 2018 session and a lifetime score of 9 percent. In the several years before and after Cochran's 2014 re-election, the senator's efforts against environmental protections and for oil and gas interests included a vote against an amendment to protect the Arctic National Wildlife Refuge from oil drilling (2017), for a resolution of disapproval of the Methane and Waste Prevention Rule, blocking efforts to reduce methane pollution released by the oil and gas industry on public and tribal lands (2017), for a resolution to block the EPA's carbon pollution standards for new and modified power plants (2015), for a bill to approve the construction of the Keystone XL tar sands pipeline (2014), and for an amendment to repeal the EPA's finding that greenhouse gases endanger human health and the environment, to block the EPA from reducing greenhouse gases under the Clean Air Act, and to weaken fuel economy standards. 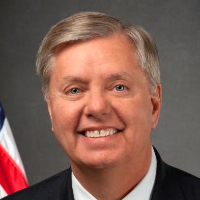 Now one of Trump's biggest cheerleaders in Congress, Graham scored a 2018 LCV environmental score of 7 percent and a lifetime score of 12 percent. Nonetheless, Bloomberg bankrolled the pro-Graham super PAC West Main Street Values PAC, which spent $272,000 to help Graham win re-election in 2014. Bloomberg contributed $250,000, far more than any other donor.

Graham has voted for the resolution that blocked methane pollution reduction efforts (2017), against a bill to conserve water in the Western U.S. in the face of climate-change-driven droughts (2016), for the Keystone XL pipeline (2014), for a resolution to prevent government agencies from reducing greenhouse gas emissions that cause climate change (2013), and for an amendment to allow oil and gas drilling in the coastal plain of the Arctic National Wildlife Refuge and open millions of acres of public lands to oil shale and tar sands leasing (2012). 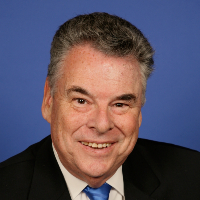 Bloomberg has donated $8,800 to King's campaigns and held a fundraiser for King at his home in June 2018 as King faced a Democratic challenger, Liuba Grechen Shirley, who was endorsed by Emily's List, an organization to which Bloomberg gave millions of dollars. King won re-election.

LCV gives King a lifetime environmental score of 17 percent, and a 2018 score of 29 percent. King has voted to quickenthe review process of liquefied natural gas projects (2018), to prevent the federal government from considering the economic costs of climate change (2018), to block the EPA's methane pollution standards (2017), to block the implementation of the Clean Power Plan (2016), to prevent trade negotiations from having any limits on carbon pollution (2014), and for the Keystone XL pipeline (2014). 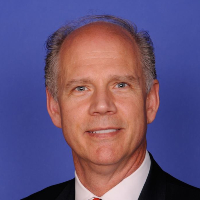 Donovan is another New York GOP representative whom Bloomberg has supported. From 2015-18, Bloomberg donated $10,800 to Donovan’s campaigns. Donovan lost in 2018 to Democrat Max Rose.

LCV gave Donovan a 19 percent lifetime environmental score. He voted for a resolution that called a carbon tax detrimental to the U.S. economy (2018), to prevent coal waste-burning power plants from having to abide by clean air standards (2018), to delay ozone standards and hobble the Clean Air Act (2017), and to let governors opt out of carbon pollution regulations for power plants. 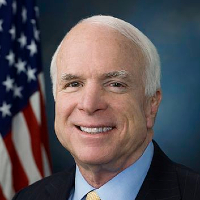 Bloomberg personally contributed $13,700 to the campaigns of the late Sen. McCain. With a lifetime environmental score of 20 percent from LCV, McCain voted with fossil fuel interests many times, including against protecting the Arctic National Wildlife Refuge from oil drilling (2017), for restrictions on the U.S's ability to encourage other nations to take climate action (2015), for the Keystone XL pipeline (2013), against carbon taxation (2013), and against a key component of the Clear Air Act that allows the EPA to fight climate pollution (2010). 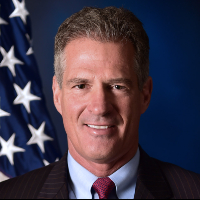 Bloomberg endorsed Brown over Democrat Elizabeth Warren in their 2012 Senate race, a race Brown lost. Brown's brief time in Congress, from 2010-12, earned him a 38 percent environmental score from LCV. He voted for oil and gas leasing in the Arctic National Wildlife Refuge (2012), for the Keystone XL pipeline (2012), to prevent the EPA from cleaning up pollution such as mercury, soot, smog, arsenic, lead, and carbon dioxide from power plants (2011), to repeal the EPA's finding that greenhouse gases endanger human health and the environment (2011), and for huge funding cuts to environmental funding (2011). 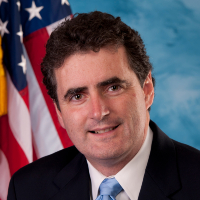 Bloomberg's Independence USA super PAC spent $174,000 to boost Fitzpatrick in his 2014 House race. Fitzpatrick was one of several Republicans that Bloomberg helped elect because of their support for gun background check legislation. Americans for Responsible Solutions, a gun control group heavily funded by Bloomberg, poured $374,000 into ads backing Fitzpatrick that year.

Fitzpatrick got a 41 percent lifetime environmental score from LCV. After winning re-election with Bloomberg's help, Fitzpatrick voted against environmental protection many times, including votes to prevent the EPA from enforcing its methane pollution safeguards (2016), to help block the Clean Power Plan (2016), against carbon pollution standards for new and modified power plants (2015), and against climate change resilience (2015).