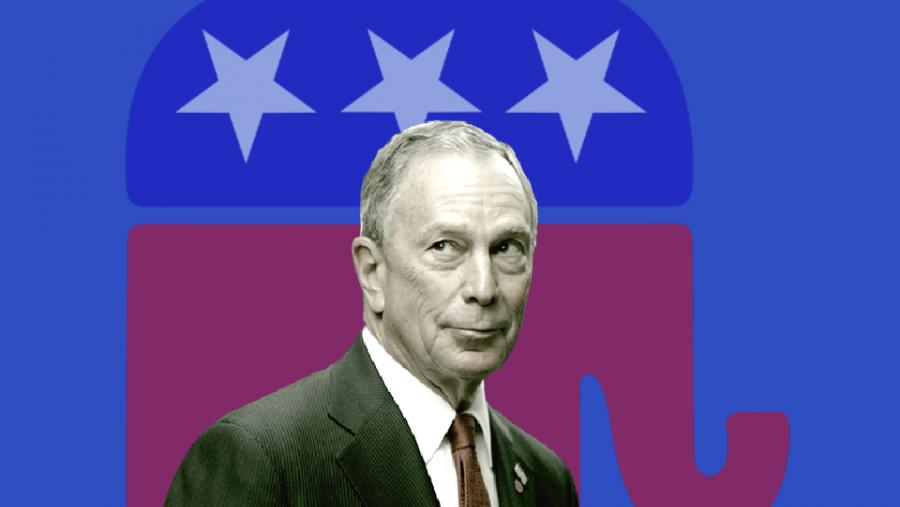 In June 2018, billionaire business executive and former Republican Michael Bloomberg hosted a fundraiser for Long Island GOP Rep. Peter King. At his lavish home in New York City, Bloomberg urged co-hosts to raise at least $10,000 for King, with whom he has "a long-standing relationship," according to his adviser Howard Wolfson.

King was running against Democratic challenger Gretchen Liuba Shirley, who had strong fundraising and the endorsement Emily's List, a liberal political group that helps elect women. But a few months later, Emily's List invited Bloomberg, one of its major donors, to be a featured speaker at its conference. Not only had Bloomberg raised money for the opponent of one of the group's candidates, but he was under fire for dismissive comments about the Me Too movement.

In October 2018, just after his Emily's List speech, and as he mulled a run for president, Bloomberg became a Democrat for the first time since 2000. His partner switched from Republican to Democrat. In 2000, Bloomberg had been a lifelong Democrat but morphed into a Republican to run for New York City mayor after popular GOP Mayor Rudy Giuliani termed out. Bloomberg was a Republican for the first half of his 12 years in office before becoming an independent.

Over the years, Bloomberg's large donations to gun control groups and liberal super PACs have made him many liberal friends. He may no longer be the Republican mayor who endorsed George W. Bush and hosted the Republican National Convention in 2004, but his financial support for the GOP continued through 2018.

Since 1987, according to Federal Election Commission records, Bloomberg donated over $900,000 directly to Republican candidates' campaigns, national GOP party committees, and federal PACs of state Republican Party committees. Recipients include former Rep. Dan Donovan of Staten Island, New York, whom he has given a total of $10,800, including $5,400 in 2018; former Sen. John McCain ($13,700 total); Giuliani, who has become one of Donald Trump's closest devotees ($5,000); and Alabama Sen. Richard Shelby ($4,000).

Bloomberg has given $4.6 million to New York state GOP party committees and roughly $300,000 to Republican state and local candidates.

But the billionaire's donations to outside political spending groups, including one he founded, represent far more money, and some of these groups have helped Republican candidates win elections.

Over the last decade, Bloomberg helped Republicans take and maintain control of the U.S. Senate, which, in the Trump era and under Mitch McConnell's (R-KY) leadership, has confirmed scores of right-wing judges, blocked liberal legislation passed by the House, and shielded the president from any repercussions after seeking foreign election assistance, tampering with witnesses, and defying congressional subpoenas.

Americans for Responsible Solutions, a gun control-focused super PAC heavily funded by Bloomberg, also spends the majority of its money in favor of Democrats, but in 2014, when Bloomberg gave it $250,000, it backed Maine Republican Sen. Susan Collins ($486,000) and Fitzpatrick ($374,000). Collins recently voted to acquit Trump of both impeachment charges and said she thought Trump had "a pretty big lesson" from impeachment. In 2007, Bloomberg personally donated $4,600 to Collins's campaign, and in 2014, he gave $5,200.

Bloomberg was one of the biggest donors to single-candidate super PAC Mississippi Conservatives, which backed then-Sen. Thad Cochran (MS) in a contested GOP primary in 2014.

And Bloomberg worked to hurt additional Democratic Senate candidates in the 2014 election cycle. He sent a letter in 2013 to hundreds of big Democratic donors, urging them not to donate to four vulnerable Democratic incumbents who voted to block a background check bill. Meanwhile, through the group Mayors Against Illegal Guns, Bloomberg funded ads targeting these and other senators. Mark Begich and Mark Pryor lost their re-election bids in 2014, and Heitkamp lost her seat the next time she was up for re-election, in 2018.

In 2012, Bloomberg endorsed Republican Scott Brown in his Massachusetts Senate race against Sen. Elizabeth Warren, who is now one of Bloomberg's primary opponents.

In 2018, the With Honor Fund, a bipartisan pro-veteran super PAC, spent $4.9 million in support of Republican candidates and $168,000 against Democratic candidates. Billionaire Jeff Bezos provided the majority of its funding, but Bloomberg added $250,000 during that election cycle.

The former mayor has devoted still more money to outside spending groups that have backed GOP state candidates; most notably, Independence USA spent $2.3 million on ads backing then-GOP Gov. Rick Snyder of Michigan in his successful re-election bid-months after the Flint water crisis began. Bloomberg also held a fundraiser for Snyder at his home in New York.

After Snyder's win, Bloomberg said Snyder was "an extremely competent guy who took on the unions to get Detroit and Michigan going in the right direction. And he was re-elected despite being attacked by the unions." Snyder had signed anti-union "Right to Work" legislation in late 2012. The New York City mayor also praised Snyder's expansion of public charter schools.

In the current election cycle, Bloomberg, the eighth-richest person on Earth, has already spent $300 million of his own money on his presidential bid. His colossal ad spending around the country has pushed him up in the polls, even as he skips the first four primary states.

Meanwhile, his giant staffing expenditures are reportedly hurting other Democratic candidates. As The Intercept reports, Bloomberg has hired so many staffers, typically with generous salaries, benefits, and perks, that state and local campaigns are having trouble finding the talent they need.

Past Election Spending Pays Off

Despite his Republican past, Bloomberg's previous election spending and funding for gun-control groups appears to be paying off.

Bloomberg is racking up support from Democratic elected officials, including 13 members of the House. On Wednesday he got endorsements from three members of the Congressional Black Caucus, even after audio emerged of his comments in full support of the racist stop-and-frisk policing method. Rep. Gregory Meeks (D-NY), Rep. Lucy McBath (GA), and Virgin Islands House Delegate Stacey Plaskett (D), endorsed the former mayor.

Independence USA spent $130,000 in favor of gun control activist McBath in the 2018 elections, and it spent over $2.2 million that year to help elect Rep. Mikie Sherrill (D-NJ), who has also endorsed Bloomberg. The super PAC arm of House Majority PAC, to which Bloomberg donated nearly $500,000 in 2018, also spent in favor of Sherrill. Bloomberg is by far the biggest donor to House Majority PAC in the 2020 cycle so far, having given $10 million.

In addition to earning him endorsements, Bloomberg's donations have enabled him to boost his image by standing alongside rising Democratic stars such as Georgia's Stacey Abrams. In January of this year, he gave a speech at a voting rights summit that Abrams hosted. He had given $500,000 to the Georgia Democratic Party as Abrams ran for governor in 2018 and $5 million to her voting rights initiative, Fair Fight-the group's largest single donation. After meeting Abrams, Bloomberg announced the start of his presidential campaign's operations in Georgia.