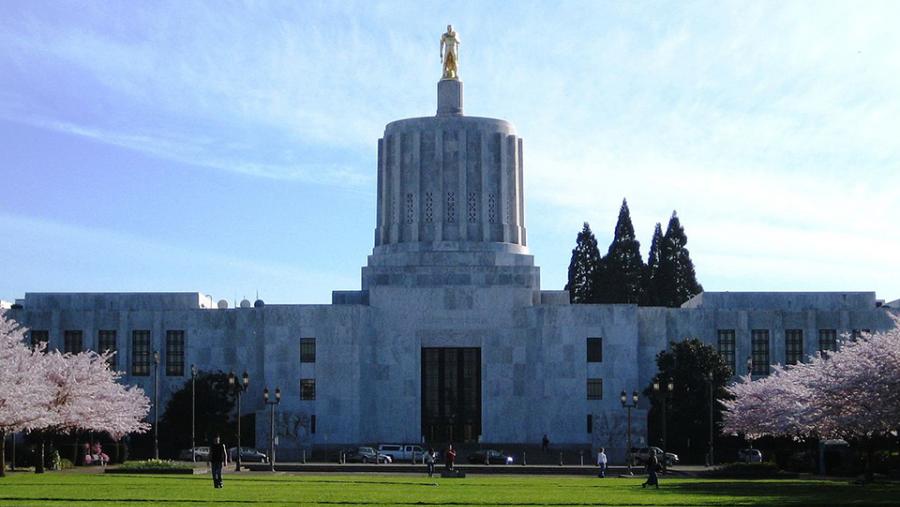 While right-wing groups continue their assault against public employee unions one year after the U.S. Supreme Court's Janus decision, Oregon unions have won passage of legislation that provides new and stronger guarantees of government employees' right to organize and bargain collectively.

In Janus v AFSCME, the Supreme Court overturned long-standing precedent to rule that requiring non-union members in the public sector to pay "fair share" or agency fees towards a union's costs of negotiating and bargaining contracts on their behalf is a violation of the First Amendment rights of those employees.

But the First Amendment also guarantees workers the right to organize and take collective action. Accordingly, Oregon Governor Kate Brown (D) signed HB 2016 last week to strengthen the ability of public employee unions to organize in the workplace. The bill, due to take effect on January 1, 2020, passed both chambers of the Oregon legislature on party-line votes, with Democrats supporting it and Republicans opposed.

Oregon is a key battleground state in the effort by right-wing groups to discourage union membership and dues paying. Leading the attack is the Freedom Foundation, which has devoted itself to "bankrupting and defeating government unions" and is funded in part by the Lynde and Harry Bradley Foundation and the Koch donor network.

The goal? In a 2016 speech, Anne Marie Gurney, the Freedom Foundation's Oregon coordinator said, "Our No 1 stated focus is to defund the political left."

What the New Law Does

HB 2016 also clarifies how employees can opt-out of dues by requiring the employee to use the method specified in their dues authorization agreement. Collective bargaining agreements can be reopened to specify how members opt-out.

Importantly, HB 2016 also says that if there is no agreement, then employees must deliver an "original signed, written statement of revocation to the headquarters of the labor organization."

The bill requires public employers to provide the exclusive representative of a union with important information about employees in a bargaining unit, including phone numbers, addresses, titles, and salary information. It also allows the union to use an employer's electronic mail system to communicate with employees.

As right-wing groups like Freedom Foundation seek to incentivize workers to opt-out of paying dues by, for example, giving gift cards and using software to let employees opt-out online, this clarification of Oregon law helps level the playing field.

Oregon HB 2016 also requires public employers to allow designated union representatives to engage in specified activities regarding contracts and other issues during their regularly scheduled work hours without loss of pay, seniority, or other benefits.

These strengthened union rights come at a time when right-wing groups around the country not only encourage employees to quit paying agency fees, but are even suing unions in an effort to take back dues money that was already paid and earmarked for union representation.