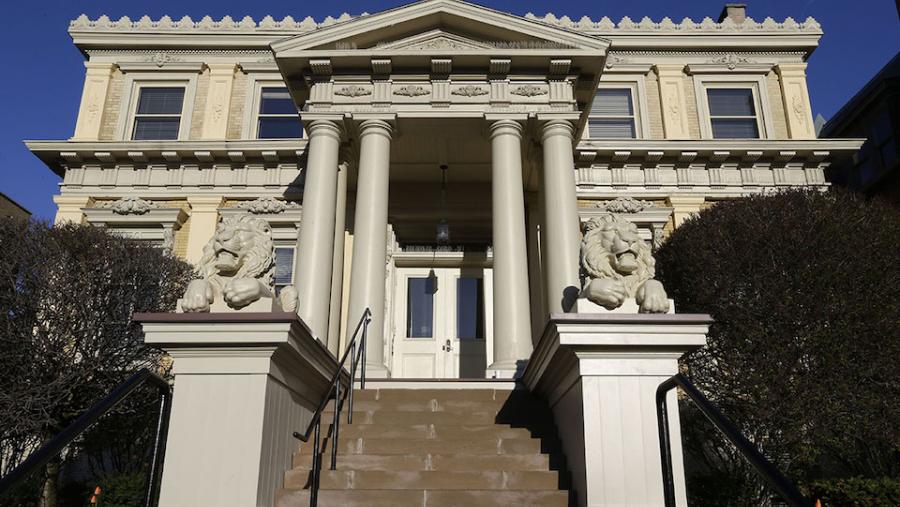 The Lynde and Harry Bradley Foundation pumped more than $5.6 million dollars into right-wing anti-labor groups' activities in 2018, including more than $1 million targeted for efforts specifically designed to cripple unions representing teachers and other public employees, the Center for Media and Democracy (CMD) has learned.

The Milwaukee-based foundation, which has over $900 million in assets, has rivaled the Kochs as one of the largest funders of anti-union campaigns over the past decade to further its partisan goal of weakening the Democratic Party and winning Republican "unified" control in the states.

As part of its overall funding for groups that promote a broad range of anti-union policies and legal strategies, the foundation's 2018 annual report details over $1 million in funding to 14 nonprofits for what it calls "workplace freedom efforts."

All 14 groups are affiliated with the State Policy Network (SPN), a web of right-wing web "think tanks," and nine of them maintain "opt-out" websites that CMD exposed in July last year as front groups hosted on an SPN website page titled, "How to Leave Your Union: Help for Government Workers."

Corporate and right-wing funders have dramatically ramped up their attacks on public sector unions since a divided U.S. Supreme Court ruled in Janus v. AFSCME in February 2018 that public employees can refuse to pay "agency fees" to public sector unions to cover the cost for negotiating better pay and benefits on their behalf. With that cash infusion, anti-labor front groups have popped up around the country to aggressively campaign for employees to quit their unions and "opt-out" of paying nonpolitical fees for their representation.

One of the Bradley grantees, the Lincoln Network, has gone so far as to develop online technology to make it easy for public sector workers to quit their unions.

The digital tool "Edunity" was developed by the Lincoln Network "to handle the end-to-end opt-out process from a public-sector union and provide leaving union members competitive benefits," Documented reported this month. The group even offers discounts to major retailers like Target and Microsoft for workers who quit their unions.

Lincoln, which hopes to "merge Silicon Valley and DC for a more perfect union," received $50,000 for "information technology capacity building" and another $100,000 for "workplace freedom efforts" from Bradley last year.

The Bradley Foundation pumped in additional funds to support the general operating expenses of a number of other anti-union groups in 2018. The Freedom Foundation which has been working aggressively to dismantle unions for years in Washington, Oregon, and California, and received an award at the SPN 2017 Annual Meeting for "Best Issue Campaign, Union Opt Out Campaign" got $500,000 from Bradley for "union transparency & reform."

Two other groups with ties to SPN and "opt-out" sites received money for "general operations" from Bradley, National Right to Work Legal Defense and Education Foundation got $150,000 and Wisconsin Institute for Law and Liberty got $600,000.

In addition, Bradley provided general support grants of $100,000 each to the Illinois Policy Institute, Buckeye Institute, Mackinac Center, and the Commonwealth Foundation and $75,000 to the California Policy Center.

Bradley has been a major funder of SPN and its members since the 1980s, providing over $130 million in grants. The State Policy Network is a critical partner in Bradley's quest to "neutralize" teacher unions and "defund Big Labor."

SPN's goal to "defund and defang" unions was clearly stated in an internal document CMD provided to The Guardian in 2017. The objective is to "deal a major blow to the left's ability to control government at the state and national levels. I'm talking about permanently depriving the left from access to millions of dollars in dues extracted from unwilling union members every election cycle," SPN's President and CEO Tracie Sharpe said.

"Big government unions are the biggest sources of funding and political muscle for the left -- and a major obstacle to the ability of voters to reclaim control of American government. To win the battle for freedom, we must take the fight to the unions, state by state," Sharpe stated.

Sharpe's SPN received $100,000 from Bradley for "general operations" and $625,000 "to support the Interstate Policy Alliance," (IPA) in 2018. Many members of IPA are also members of SPN. IPA is a front group created by the PR guru Richard Berman. It was funded by Bradley and housed as a project of the Employment Policies Institute (EPI) for many years but the recent grant to SPN and absence of a grant to EPI suggests that it is now managed by SPN.