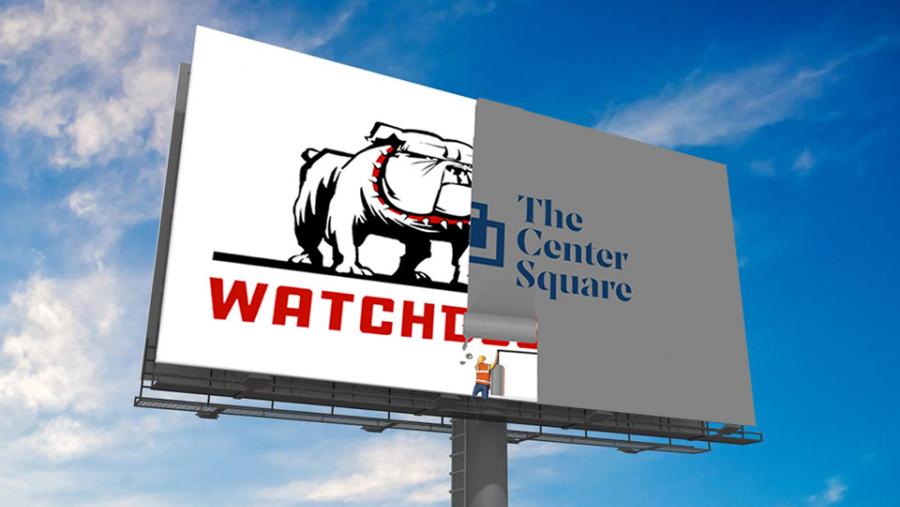 An effort to replace local journalism with right-wing reporting has put on a new mask this month. The Center Square is posing as a beacon of the "highest journalistic ethics," but in reality, it is a rebranding of an outlet deemed "highly ideological" and criticized for "occasional...gross distortions" of the facts.

The Center Square website purports to be "a non-profit, non-partisan, non-political, no-nonsense organization." But its "About Us" page does not disclose that it is the latest incarnation of the Franklin Center, a media site specifically funded to have a "valuable" role as part of Wisconsin's "conservative infrastructure."

Chris Krug, the publisher of the site and president of the recently renamed Franklin News Network (FNN), stated that his team took Watchdog.org in the direction of the Illinois News Network (INN). According to Krug, they changed the names from "Franklin Center for Government & Public Integrity" and "Watchdog.org" to FNN and "The Center Square" respectively in order to be more clear to audiences about who they are. But the web of right-wing organizations still tied to The Center Square brings its "non-partisan, non-political" credentials into question.

The Center Square's predecessor, Watchdog.org, received "crucial funding" from the Bradley Foundation in a time of need due to its role as a "valuable partner in the state's conservative infrastructure," according to internal documents analyzed by the Center for Media and Democracy (CMD).

The Illinois Policy Institute (IPI), which created INN, is a member of the State Policy Network (SPN) -- a web of right-wing "think tanks" and tax-exempt organizations that often provides a veneer of academic legitimacy to ALEC bills. A 2017 investigation by the School of Journalism at Southern Illinois University-Carbondale found that, while readers of INN stories were promised the "highest standards" of truth, accuracy, and independence from a "nonpartisan, nonprofit...dedicated to the principles of transparency," they were instead given "pro-Republican" stories tied to the "the free-market, anti-tax, anti-union Illinois Policy Institute."

CMD reported in 2011 that Franklin was "rushing to fill the gap" as local journalism outlets were becoming more sparse. At the time, Franklin operated news sites for 43 different states and had reporters in 40 of them. Franklin acted "as a hub that distributes funding that it receives from right-wing institutions," while its websites offered their content free for publication to local press, who often agreed to reprint it.

In at least one example, the Franklin Center produced stories from unnamed sources that were "ultimately wrong," but only admitted it after the news was picked up and circulated by other outlets. Laura McGann, then an assistant editor at the Nieman Journalism Lab at Harvard University, wrote in a 2010 piece in Washington Monthly that the Franklin Center sites' reporting was "thin and missing important context, which occasionally leads to gross distortions."

"Of course, many news organizations are owned by corporations or supported by politically active donors, but most keep a hands-off approach when it comes to covering the news," Dave Zweifel, editor emeritus of the Madison-based Capital Times, told CMD then. Zweifel explained Franklin's ploy: masking itself as an "investigative journalism service" compelling "cash-strapped" local papers with free content when they were "particularly vulnerable."

The method was so effective that it was cited as an inspiration for the Heritage Foundation's site, now called The Daily Signal, which at its launch proudly boasted of its role supporting union-busting activities.

A CMD analysis concluded that the Wisconsin Watchdog website was a "reliable partisan attack dog" and "booster of right-wing policies and politicians" under the guise of impartiality.

When INN announced that it was merging with the Franklin Center, it stated that the latter group would "utilize INN as the template for an initiative at watchdog.org to improve statehouse coverage nationwide."

Krug, the former editor and manager of INN and former president of the Franklin Center for Government & Public Integrity, is the new president and current publisher of The Center Square and President of FNN. And while Krug's May 14, 2019 statement proclaims that The Center Square is dedicated to the "highest journalistic ethics and precision" and is a response to how he sees "partisanship has permeated reporting," he neglects to reflect on INN influence shaping the media landscape as it is today. Krug led a group that promotes "right-wing media operations in other states," the Gateway Journalism Review wrote.

According to a CMD report, Krug's INN was a part of a "right-wing news network" under the direction of IPI CEO John Tillman, that was criticized for "churning out" propaganda for the Republican governor of Illinois at the time.

Krug assures "editors that have been utilizing Watchdog.org or ILNews.org" that TheCenterSquare.com will lead to "innovation and adaptation for the betterment of American journalism."

Picking Up Where Wachtdog.org Left Off

Recent articles on The Center Square website give no indication that it will operate any differently from its previous iterations. A survey of recent stories published on the site includes a write up of a fellow SPN group's report critiquing "unfunded retirement obligations," a summary of FreedomWorks' -- a group described as one of the "big-money funders and free-market advocacy organizations" -- recent actions, and transcription of Wisconsin Republican talking points.

The Center Square wire may end up being used more than its predecessors. According to ABC News, "more than 1,400 towns and cities in the U.S. have lost a newspaper over the past 15 years," leaving what have been called "news deserts" around the country. Those provide a still-widening gap that Krug's outlet can rush to fill with its right-wing funded stories dressed as "non-partisan" and "non-political."

This article is extraordinarily unfair. I follow Center Square and other medial closely in Illinois and know Krug personally. Center Square's journalistic standards are rock solid, which is to say far better than most media. Krug has a solid, traditional press background and he operates with editorial independence. Yes, their opinion pieces and editorials reflect fiscal conservatism, but nothing wrong with that, and they keep it separate from news stories. Their selection of topics likewise focuses on matters important to taxpayers, which is no doubt why you don't like them, but that, too, is entirely appropriate. They have served an invaluable role in Illinois covering stories not covered elsewhere and they do so with exceptional accuracy.
I agree that this story is very unfair and as biased as you accuse center square of being. I freelance for the site, covering hard news in Arizona and Nevada and I can recall no directives from my assigning editors to skew any pieces in a conservative direction. Objectivity is the goal and so far my only mandate has been to present both sides of issues fairly. Maybe pr watch should take another look and determine where any bias exists? I can't find it.