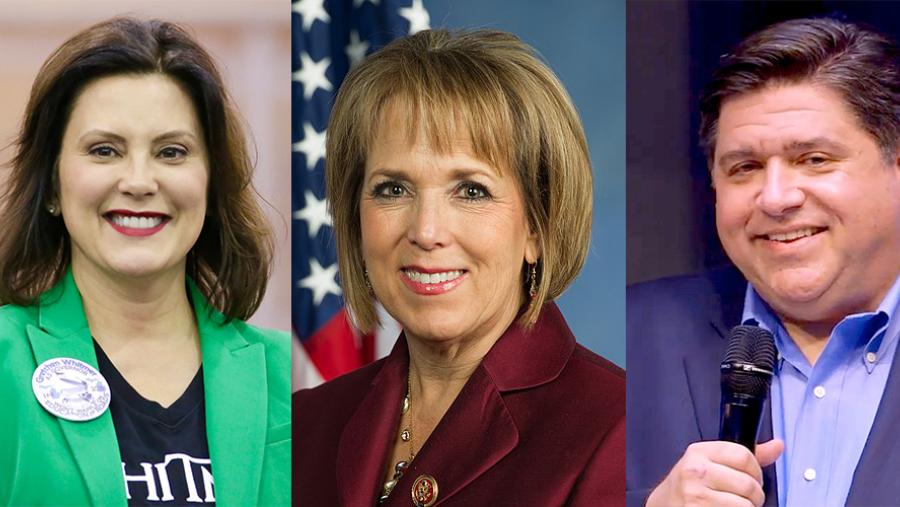 If the corporate-funded influence groups on the Right have their way, there will be no honeymoon for newly elected Democratic governors.

Affiliates of the State Policy Network (SPN), a network of right-wing "think tanks" in 49 states bankrolled by the Kochs and other billionaires and big corporations, have already been deployed to oppose legislation introduced by Democratic governors in states that previously had GOP governors.

Last week the Center for Media and Democracy (CMD) wrote about the battle over Medicaid in Wisconsin, where the newly elected Democratic governor, Tony Evers, who replaced the GOP's Scott Walker, has introduced a measure to expand Medicaid in the state.

The article showed how right-wing "think tanks," in this case the Wisconsin Institute for Law & Liberty (WILL) and the Center for Research on the Wisconsin Economy (CROWE), and state legislators quickly rolled out a flawed study to exaggerate the costs of Medicaid expansion to the tune of $600 million. The "research" was released without noting that the paper supported the anti-Medicaid expansion position taken by the groups' major funders: the Bradley Foundation and the Koch brothers.

In Illinois, Governor J.B. Pritzker, who defeated Republican incumbent Bruce Rauner, introduced an increase in the state's minimum wage as one of his first acts. The state's SPN affiliate, the Illinois Policy Institute (IPI), quickly went on the attack, repeating claims that a rise in the minimum wage reduces jobs, because Illinois would have higher minimum wages than surrounding states. The group does not consider the relative cost of living among Midwestern states, and ignores the experience of nearby Minnesota where 92,600 have directly benefited from the January 1 increase, the Economic Policy Institute reports.

Nonetheless, the Illinois legislature voted along party lines to increase the state minimum wage to $15 by 2025, starting with a $1 increase next year to $9.25 an hour. On February 19, the Governor signed the bill into law.

IPI is well-connected to right-wing billionaires. The GOP megadonor Richard Uihlein has provided $11.8 million through his foundation to IPI since 2009, according to a CMD analysis of IRS filings. Robert Mercer has donated $1.1 million through his foundation to IPI over the same period, and the preferred piggy bank of the Koch donor network, DonorsTrust and its sister organization Donors Capital fund, has funneled over $1.5 million to IPI since 2010.

Notably, IPI has received $717,300 from SPN itself between 2012 and 2017, making it one of the largest grant recipients over this period.

Previously IPI was listed as a "partner organization" in the Charles Koch Institute's Liberty@Work program, but the current status of that program is unknown.

Consistent with the opinions of its funders, IPI also does not consider the ripple effect of a rise in the incomes of low wage workers.

A recent study by the Economic Policy Institute finds that raising the federal minimum wage to $15 an hour by 2024 would increase wages for 40 million U.S. workers, which would "stimulate the economy and spur greater business activity and job growth."

In New Mexico, newly elected Democratic Governor Lujan Grisham has made increasing the state's reliance on renewable energy a hallmark of her first year. "We know that we cannot rely on the federal government right now to lead on climate action," Lujan Grisham said in her January 15 State of the State address. "It is our responsibility and indeed our moral obligation to ensure our planet and our state are preserved for our children and their children."

The SPN local affiliate, the Rio Grande Foundation (RGF), came right out to oppose the increase in renewable energy the state relies on, from 20 percent to 50 percent by 2030, and then to 80 percent by 2040, saying it will raise electrical bills.

RGF has received over half a million dollars from DonorsTrust since 2010 and tens of thousands from the Charles Koch Foundation since 2015. In addition, RGF has held joint events with the Charles Koch Institute.

RGF fails to consider the cost of carbon on health and its effects on climate change in its analysis. The industry-backed group also leaves out the fact that renewable energy prices in New Mexico have gone down by 60 percent to 70 percent, according to the newly appointed state energy agency head, Cottrell Propst, and that as new technologies are adopted the costs will come down even more. "We know that this technology and cost will not stay the same for renewables or energy storage," Propst said. "History shows us it's good to be ambitious, it's good to be bold."

RGF does not share that ambition and is even out of step with the state's major utilities which, while not now embracing the same targets as the Governor, support increases in the state renewable energy standard to reduce carbon emissions.

The SPN affiliate in Michigan, Mackinac Center for Public Policy, is already battling newly elected Governor Gretchen Whitmer's reconsideration of a 2018 law that included a work rule requirement for Medicaid recipients. Mackinac lobbied for the work requirement and testified in support of its passage.

Whitmer wants a reconsideration of the requirement in light of new research showing that people are losing coverage in Arkansas, one of the first states with the work requirement. Thousands of people in the state have lost coverage because of failing to report their activities, whether they are meeting rules or not, and almost 17,000 Medicaid recipients in all lost coverage in 2018.

In December alone, 4,655 Medicaid recipients lost coverage, many for failing to report their activities to the state. "Arkansas takes an especially aggressive approach to terminating coverage due to paperwork and compliance issues, such as not responding to a (state) request for information quickly enough," the Arkansas Times reported.

The Mackinac Center ignores the negative societal effects a work requirement has and instead focuses on cutting Medicaid costs. "Medicaid has ballooned into an unwieldy and massively expensive entitlement program that crowds out access to services and vital resources for that most vulnerable population," Mackinac reports.

But it provides no such evidence for its claims. Whitmer believes the Arkansas research may show that vulnerable people are losing coverage and that, until it is known who is losing coverage and why, Michigan should go slow on adopting the work rules.