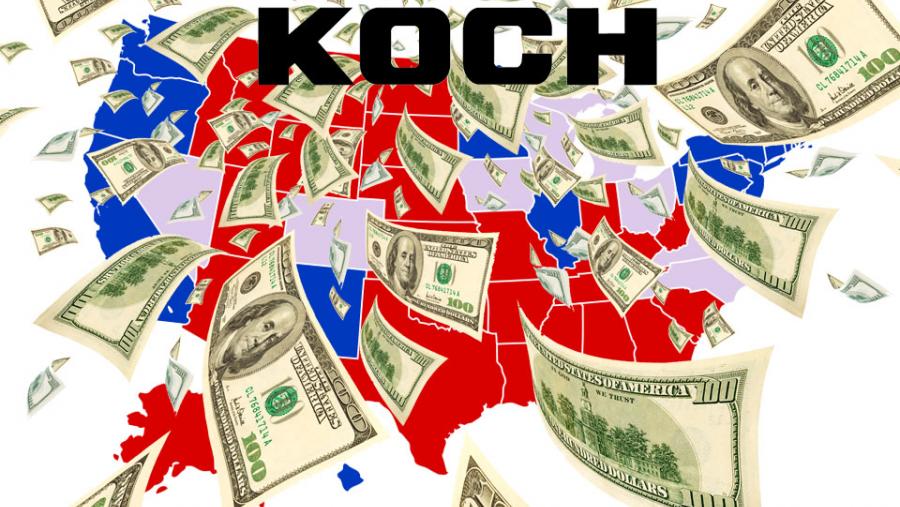 The Kochs are struggling to take leads with their targeted candidates in U.S. Senate, U.S. House, and gubernatorial races, despite spending tens of millions of dollars in independent expenditures through their affiliated groups, as well as Super-Pacs for which they are major contributors but solicit money from other donors.

AFP, Team Koch's astroturf operation, has opened offices for canvassing and calls in many races, but in most of the House races where the Kochs report huge independent expenditures, Koch candidates are tied with their opponents in the polls.

In the House, the Koch network is pouring millions into races in six states and, according to an aggregation of polls by RealClearPolitics, the candidates are tied in three races, behind in two, and ahead in one. Polls are notoriously inaccurate, so the races may change.

In Iowa's first congressional district race where the Kochs have spent money to protect incumbent Rep. Rod Blum (R) against a challenge by Abby Finkenauer (D), Finkenauer is well ahead of Blum, so much so that Republican national party organizations have all but conceded the race.

In Texas, GOP incumbent Rep. Will Hurd is only slightly ahead of his opponent Gina Ortiz Jones (D) in the 23rd district. The Kochs consider the race so important that, as CMD has reported, the Kochs are backing Hurd even though he opposed repealing the Affordable Care Act (ACA).

In the U.S. Senate, there are statistical ties in two races, and Democratic incumbents are ahead in two races against Koch-backed challengers and behind in one against an incumbent. CMD has written about the lies in Koch ads in two of these races, Tennessee and Wisconsin.

Prior to making big independent expenditures for television and digital ads in these races, AFP "thanked" Democrats for voting for GOP bills, such as on banking "reform." This was a cynical attempt by the Kochs to tie Democrats to positions they thought were generally opposed by Democrats.

In one Senate race in North Dakota where the ads ran, the GOP challenger, Congressman Kevin Cramer (R) has slammed the Kochs for interfering in state politics, and the Kochs have stayed out. Nonetheless, Cramer is well ahead of the incumbent Sen. Heidi Heitkamp (D). If Cramer wins, the Kochs can't claim credit.

Americans for Prosperity (AFP) -- The Koch's astroturf organization with chapters in most states, fighting in many of those on health care and tax issues. It cannot coordinate with the campaigns.

AFP Action -- A newly created Super-Pac, sitting on over $6 million as of Friday, having spent $3 million on a marketing firm. AFP Action has not yet disclosed all of the races it will target but it does disclose contributors.