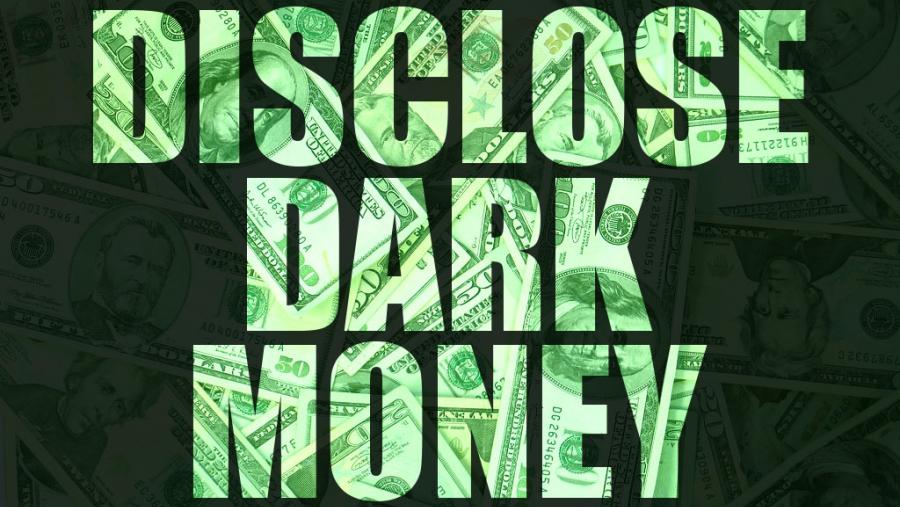 On June 27, Democrats in both chambers of Congress reintroduced the DISCLOSE Act to provide what the lead Senate sponsor, Sheldon Whitehouse (RI-D), calls "a commonsense solution to restore transparency and accountability in our political system."

The DISCLOSE Act of 2018 is the most recent iteration of a bill that Democrats have pushed since the Supreme Court's ruling in Citizens United v. FEC, which eliminated a century-old federal ban on political spending by corporations.

The "Democracy Is Strengthened by Casting Light On Spending in Elections Act" (DISCLOSE) was first introduced in 2010 by Representative Chris Van Hollen and Senator Chuck Schumer. DISCLOSE passed in the House that year but a Republican filibuster threat doomed it in the Senate, despite support from 59 senators.

DISCLOSE Act Would Shine a Light on Dark Money

The 2018 Senate bill comes out of the gate with all Senate Democrats and both Independents supporting it. The companion legislation in the House, introduced by Congressman David Cicilline (D-RI), already has 159 cosponsors.

As things stands today, corporations and wealthy donors can make unlimited expenditures to support or oppose political candidates through super PACs, independent expenditures, and dark money groups, with much of it hidden from the public. The result is a system where billionaires and large corporations dominate the political landscape with little or no accountability. As two Princeton political scientists put it in a recent study of influence in American politics, "economic elites and organized interest groups play a substantial part in affecting public policy, but the general public has little or no independent influence."

The Brennan Center for Justice released a report in 2016 that found that "dark money sources often hold direct economic interests in the election outcome." In the absence of effective disclosure laws, special interests are able to launch campaigns on policy issues and influence how people vote while hiding their stake in the outcome. "When viewers learn more about an ad's sponsor -- for instance, that it's an out-of-state group or a group that does not report its donors -- they may become not only more skeptical about the ad's message but also more critical of the ad's intended beneficiary," the report concluded.

In a recent interview, Rep. Cicilline and Sen. Whitehouse spoke about the importance of the DISCLOSE Act in restoring the integrity of our democracy. "Eight out of ten" Americans do not have faith in our democratic institutions due to the influence of money-in-politics, Whitehouse said. He emphasized that Americans want to have a government that "works for the benefit of the many."

According to Sen. Whitehouse, dark money "has been poisonous to the American democracy we cherish." Whitehouse believes that increased transparency would encourage congressional debate about the "merits of clearing dark money out of our political system."

"The cockroaches are everywhere. I say let's turn on the lights," Whitehouse said.

Common Cause, a leading nonpartisan group fighting for campaign reform, praised the proposed law as "grounded in the principle expressed by the late Supreme Court Justice Louis Brandeis that 'sunshine is the best disinfectant.'"

The DISCLOSE Act of 2018 would mandate that organizations spending money in elections -- including super PACs and tax-exempt 501(c)(4) groups -- must promptly disclose their donors who have given $10,000 or more during an election cycle, and report expenditures of $10,000 or more on election ads within 24 hours. In addition, the bill includes provisions to prevent complex money webs from shielding the identities of donors.

Like the 2017 version of the bill, the 2018 DISCLOSE Act would also "ban campaign contributions and expenditures by corporations that are controlled, influenced, or owned by foreign nationals."

In a new provision, the bill would repeal controversial riders the Republicans forced through on spending bills that prevent the Security and Exchange Commission (SEC) from requiring public companies to disclose their political spending to shareholders, bar the IRS from developing post-Citizens United regulations on political spending by 501(c)(4) organizations, and block the government from requiring federal contractors to disclose their political donations.

Lastly, the bill contains a "Stand by Your Ad" provision, authored by Sen. Wyden (D-OR), requiring corporations, unions, and other organizations paying for political ads to disclose their top five funders. A similar proposal earned the support of 59 senators in 2010 but was filibustered by the Republicans.

The 2018 DISCLOSE Act is supported by numerous reform groups, including Americans for Campaign Reform, Brennan Center for Justice, Campaign Legal Center, Citizens for Responsibility and Ethics in Washington, Common Cause, Democracy 21, Demos, League of Women Voters, People For the American Way, Public Citizen, and the Sunlight Foundation.

Vigorous Opposition from the Right

Opponents of the DISCLOSE Act include the Institute for Free Speech (formerly known as the Center for Competitive Politics), The Heritage Foundation, Americans for Tax Reform, The American Conservative Union, CatholicVote.org, and Citizens Against Government Waste.

These groups argue that the act violates the First Amendment, but a Brennan Center analysis found that "there can be no credible doubt" that a similar 2012 version of the DISCLOSE Act was fully constitutional. As Common Cause points out, "the Supreme Court has repeatedly rejected any arguments that disclosure requirements silence speech" and has continually upheld their constitutionality on the grounds that the public has a right to know who is influencing an election. Even the late Justice Antonin Scalia supported disclosure, writing in Doe v. Reed that "[r]equiring people to stand up in public for their political acts fosters civic courage, without which democracy is doomed."

Senator Elizabeth Warren said in an April speech that the DISCLOSE Act would expose the "billionaires [who] have been pouring unlimited, secret money into the hands of carefully picked candidates who will do their bidding."

Those billionaires fund many of the organizations that oppose the DISCLOSE Act. The Institute for Free Speech (IFS), for example, is funded by conservative donors -- such as Richard Uihlein and the Koch brothers -- who support Republican candidates and may not want their donations made public.

Rep. Cicilline argues that the lack of disclosure after Citizens United has led to more business-friendly legislation and that dark money in politics leads to "bad public policy." "The DISCLOSE Act will bring a new level of transparency to our elections. It will ensure the American people know who is really fighting for them. It will restore public faith in our government. It will mark a major step towards fixing what's broken in Washington," Cicilline said.

The DISCLOSE Act is part of the Democrats' broader plan, called "A Better Deal for Our Democracy," aimed at fixing the federal campaign finance system, improving elections, and strengthening ethics laws.