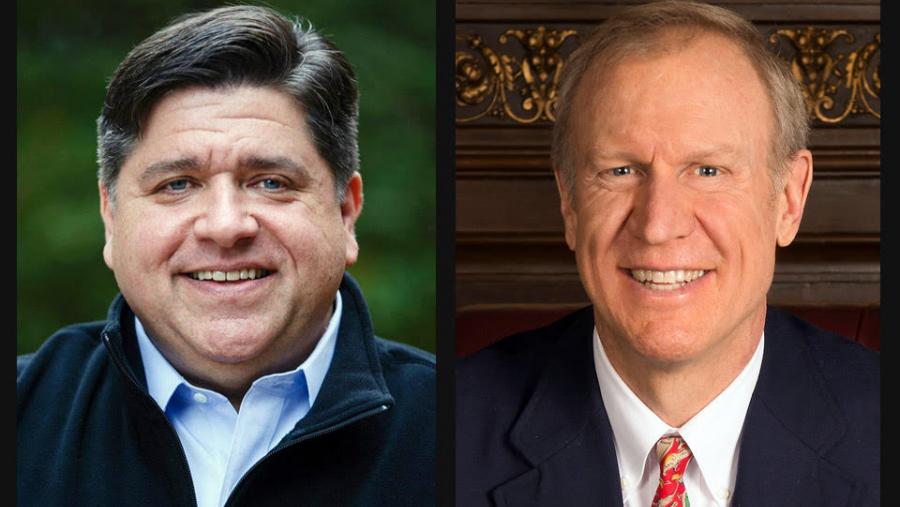 The March 20, 2018 Illinois gubernatorial primary is on track to become the most expensive in Illinois history, thanks to millions being put on the line by three billionaires.

One-sixth of all campaign money raised for all Illinois elections, including city, county, and state, from January 2013 through January 2018 was raised by just three people: Illinois Governor Bruce Rauner his billionaire buddy, hedge fund manager Ken Griffin, and Hyatt Hotel heir JB Pritzker, who is running in the Democratic primary.

To kick-off his primary run and re-election, Rauner gave himself $58 million at the very end of 2016. Griffin gave Rauner $20 million in July 2017 and $2.25 million in December 2017. With Pritzker giving himself $49 million for the Democratic primary, this means almost $130 million has already been raised by only three people.

Since he first started running for Governor of Illinois in 2013, Bruce Rauner has raised $170 million, including $95 million from his own funds. When the Chicago Sun-Times suggested during his first race that Rauner was part of the “1 percent,” he famously quipped “Oh, I’m probably .01 percent.”

Rauner is a private equity investor, one of the principals of the private equity firm GTCR, and has reported federal adjusted gross income of $296 million since 2013, despite having stopped working that year and turning over his assets to an outside manager beginning in 2014. Most of Rauner’s holdings are private companies and not subject to federal disclosure, so he is not on lists of U.S. billionaires. It is estimated he has $1-$2 billion in assets, but it is always changing since he is a direct or indirect investor in thousands of companies through GTCR and other private equity funds.

In addition to being a partner in one of the nation’s largest private equity firms and an investor in dozens more, Rauner is a major investor in Ken Griffin’s Citadel Tactical Trading in Chicago. Citadel is one of the world’s largest traders of stocks, options, and futures for hedge funds.

With $8.5 billion in assets, Griffin is the 52nd wealthiest person in the U.S. Griffin has given $49 million to Illinois races since 2013, and of that, $36 million has gone to Rauner.

Now another billionaire has entered the race, this time on the Democratic side.

J.B. Pritzker, a venture capitalist as well and one of the heirs to the Hyatt Hotel family holdings, is also running for governor. He is the 219th wealthiest person in the U.S. with assets of $3.4 billion, according to Forbes’ list of the wealthiest 400 Americans.

Pritzker has given himself $49 million since he started running in the Democratic gubernatorial primary last year, and he will likely put even more on the line if he wins the primary.

The $280 million price tag for California’s 2010 gubernatorial contest between Jerry Brown and Meg Whitman set that bar for the highest spending in U.S. history, other than in a presidential race. A record-setting $144 million came from Whitman herself in her unsuccessful bid for governor.

But the early numbers indicate that the Illinois Governor’s race could become a $250-$300 million affair, even though Illinois is a much smaller state.

Reading stuff like this makes me want to vomit and this is why we no longer have a democracy. There is no way three extremely wealthy guys, who got rich taking other people's money, will ever help the 99%.