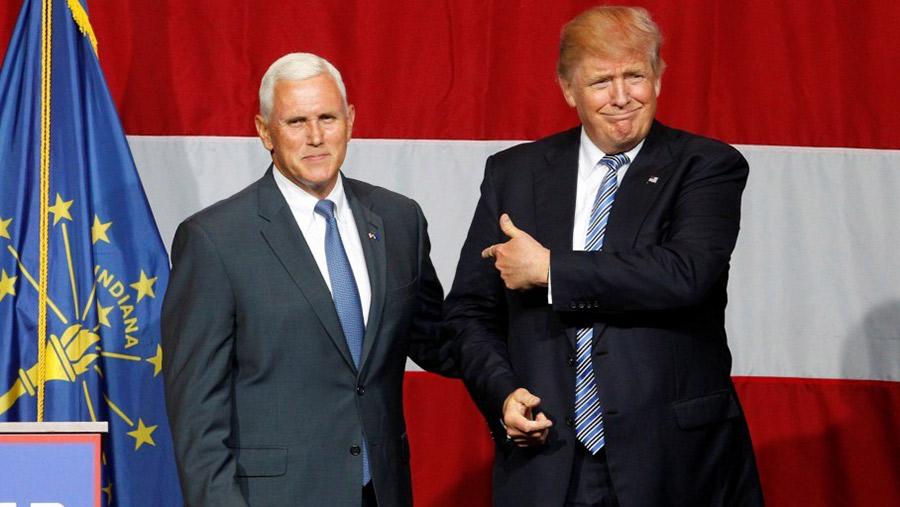 When he was running for president, Donald Trump had very harsh words for deals like the North American Free Trade Agreement (NAFTA) and the then-pending Trans-Pacific Partnership (TPP).

He called NAFTA “the worst trade deal in the world” and “a total disaster.” He said it had caused “carnage,” lumping it in with other “terrible” trade deals like the TPP, which he also called a “disaster.”

Consumer advocates spent more than six years trying to stop the TPP. Hillary Clinton turned against it (Bernie Sanders always was), and Trump withdrew America from the pending agreement upon taking office.

But his administration is now resurrecting much of that deal’s most troublesome provisions, along with its corporate-friendly drafting process, as it prepares to renegotiate NAFTA.

That’s a major reversal for the president, and it’s undoubtedly making the Koch Brothers very happy. The Kochs spent millions of dollars lobbying for the TPP, and a Koch subsidiary outsourced thousands of jobs to Mexico, according to the U.S. Court of International Trade and the US Department of Labor.

The Kochs were reportedly prepared to mount a “billionaire resistance” to Trump policies they oppose, but so far that hasn’t seemed to be necessary. The president’s personnel choices quickly led Politico to dub it “Trump’s Koch Administration.” The brothers met Trump at Mar-a-Lago in April.

Trump has proved to be equally pliant on policy. Since taking office he has rejected a draft executive order on NAFTA, “softened his stance” on trade, and “reversed” his “closely-held position” on China.

The Kochs were undoubtedly pleased to see Mike Pence, a longtime Koch ally and beneficiary, tapped as Trump’s Vice President. David Koch directly contributed a total of $300,000 to Pence’s gubernatorial campaigns, while the Koch-backed Republican Governors Association spent $4.2 million backing Pence in 2012 and 2016.

Even before he and Trump took office, Pence was reportedly given a prominent trade role when he was tapped to negotiate with Carrier Corporation to keep its factory jobs in Indiana. The much-publicized deal that resulted turned out to be largely a sham.

Since taking national office Pence has represented the administration on trade issues in meetings with Japan and Canada. And when he was given a platform to discuss trade at the governors’ conference, with Canadian Prime Minister Justin Trudeau in attendance, Pence dispensed with tough talk on trade and instead promised “a win-win-win for all of our trading partners in North America.”

Other Koch-bought politicians were on hand for Pence’s pro-NAFTA remarks, including Wisconsin Governor and Koch favorite Scott Walker. None of the Republican comments cited by the Canadian Press expressed concern for the well-being of American workers, and all of them expressed support for continuing NAFTA without significant changes or concessions.

“I don’t think you need to blow it up,” Walker said of the job-killing deal. “I think it needs to be improved.” Likewise, Kentucky Governor Matt Bevin, who spent a weekend cozying up to the Kochs and their friends at a retreat last year, dismissed talk of stronger protections for American workers. “The idea that (trade renegotiations) won’t come out in good measure for both parties is preposterous,” Bevin said.

While Trump still indulges in occasional tough talk about trade, his policies have moved dramatically in the Kochs’ direction.

As for Pence, he’s behaving rather strangely. He’s doing everything you might expect a Republican running for president to do: He’s forming a PAC, coolly distancing himself from a troubled president of his own party, and trying to disenfranchise as many Democratic-leaning voters as possible.

Is he hedging his bets in case one of Trump’s many scandals take him down?

Pence held a private meeting with Charles Koch in June that included “several minutes” without aides or anyone else present.

The White House has also announced that it is sending Pence to “Defending the American Dream,” an August 19 gathering of tea party types organized by the Kochs’ “Americans for Prosperity” group.

Can they really get their agenda passed by November?

“’So that, I think, is an aggressive schedule, but that is our timetable,’  Short told attendees at Monday’s event, adding: ‘I think we’re in for a long fall, legislative calendar-wise.'”

Americans may be in for a “long fall” health-wise and economy-wise, too.