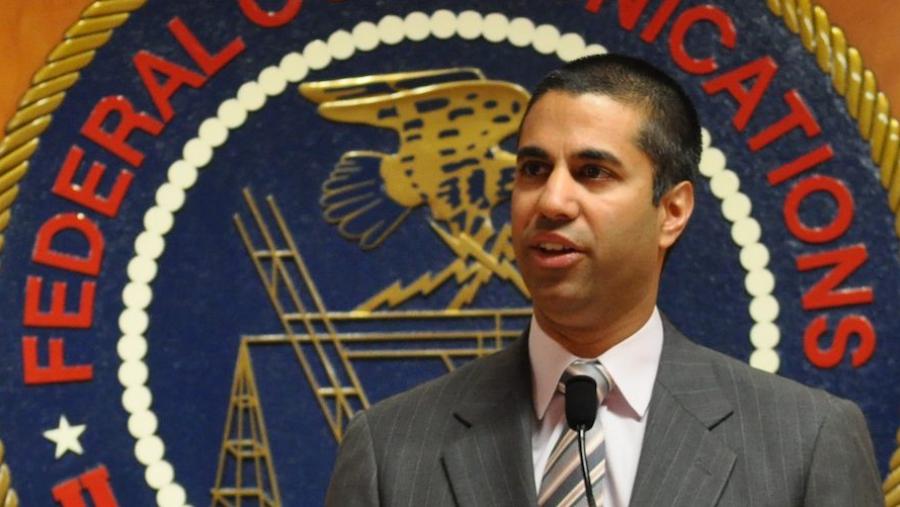 A recent publication in the International Journal for Communication (IJoC) calls into questions the research cited by current Federal Communications Commission (FCC) Chairman Ajit Pai as his primary justification for plan to roll back net neutrality rules.

Dwayne Winseck, Professor in the School of Journalism and Communication at Carleton University and Jeff Pooley, Associate Professor and Chair of Media & Communication at Muhlenberg College examined and found that an influential paper written by economists Gerald Faulhaber, Hal Singer and Augustus Urschel and cited by Pai "is riddled with factual errors and unsubstantiated claims." Winseck and Pooley also revealed that a longer version of the same paper had been submitted twice by an industry-funded group to the FCC earlier, but that was not initially mentioned in the IJoC article.

"It is important research, revealing how corrupt and duplicitous the FCC has become in the Trump era," Robert W. McChesney, Gutgsell Endowed Professor in the Department of Communication at the University of Illinois-Champaign said of the new article.

Winseck and Pooley's article undercuts FCC Chair Pai plans to do away with net neutrality after ten long years of grassroots campaigning by democracy, media and consumer activists, who filed millions of comments to the record and convinced the Obama administration to make permanent rules for a free and open internet.

Net neutrality is the basic principle that internet service providers (ISPs) and governments should not give preferential treatment to any kind of data on the internet, regardless of the source. Without net neutrality, telecom companies will be able to charge different users different rates. Big companies will be able to pay for high-speed services, while average users will be stuck in the slow lanes.

In 2015, after 10 years of debate and public input, Obama's FCC upheld this principle and classified broadband Internet access as a "common carrier" under Title II of the Communications Act.

FCC Chairman Tom Wheeler stated at the time that the move was:

But the telecommunications industry, including Verizon, AT&T, Comcast and big trade associations, lobbied hard against the rule, and filed multiple lawsuits to prevent it. Now the big telecom companies have a friendly ear in the White House and at the FCC.

Winseck and Pooley's article shows that Faulhaber, Singer and Urschel's research paper, which claims that economist and economic analysis of the impacts of the FCC proposal were totally disregarded by the FCC under Obama, was referenced days after it was published by Chairman Pai in a speech arguing for more "economic analysis" at the FCC because its main conclusion was that in the fight over net neutrality, "The voices – no matter how disconnected from the ultimate policy outcome – trumped whatever the economists had to say."

But Pai's claim doesn't stand up to scrutiny.

Winseck and Pooley call this "a case of information laundering," and conclude,

"The paper's core claim that the FCC has "abandon[ed] the dismal science", moreover, does not hold water. We show that the record was stuffed full with the contributions of economists—including those of the authors. The agency has been working in earnest to bolster, not sideline, economic analysis—a conclusion in line with other researchers' findings."

Not only does the Faulhaber, Singer and Urschel paper contain factual inaccuracies, the authors also fail to disclose the source of their funding. Following a Google search of the paper's title, "The Curious Absence of Economic Analysis at the Federal Communications Commission," Winseck and Pooley found,

"that a longer version of the same paper had been submitted to the FCC's official docket, not once but twice, by a group called CALinnovates, first in July 2016 in the Broadband Privacy proceeding and again in August in the Business Data Services proceeding. Both of these white papers had disclosed the funding from CALinnovates, an "advocacy" group with deep ties to the telecommunications industry. The IJoC follow-up, however, initially disclosed nothing, and made no mention of these earlier publications."

CALinnovates claims to represent Silicon Valley firms but it is better described as an industry-funded advocacy and PR operation -- "brazen publicity for AT&T" say the authors. Google, Netflix and Facebook, actual Silicon Valley firms, are in favor of net neutrality.

Winsek and Pooley conclude: "The telecommunications industry and its advocates have lost on a raft of big ticket regulatory items over the last five years, and they are essentially seeking a do-over under the leadership of the Trump Administration's FCC. The stakes could not be higher."

The authors warn that the dynamics at play in the United States have broader implications for regulators around the world who are being pressured by industry to make decisions that will be the most lucrative for telecom providers.

Professors Dwayne Winseck and Jeff Pooley's journal article, "A Curious Tale of Economics and Common Carriage (Net Neutrality) at the FCC: A Reply to Faulhaber, Singer, and Urschel" can be viewed here.