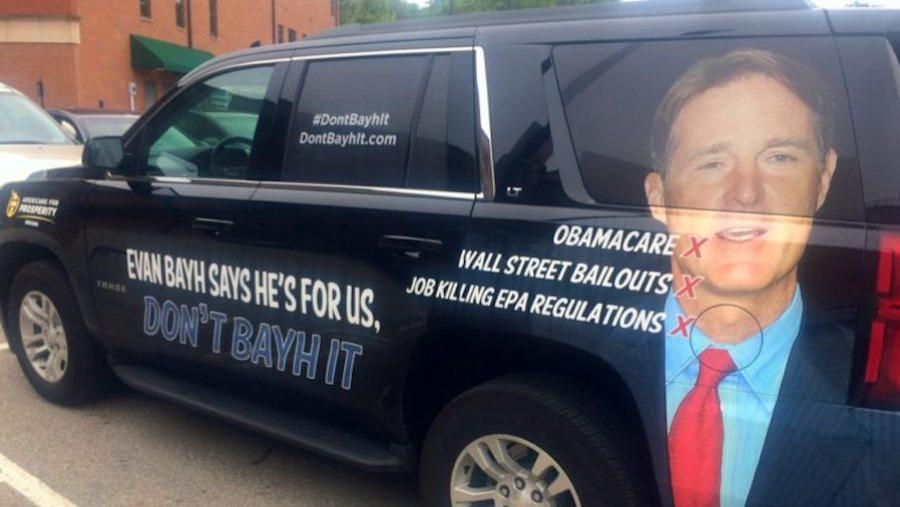 After indicating they would spend $889 million to secure the White House and Congress in January, by July the Kochs were singing a different tune. They publicly refused to back Donald Trump and pledged to “focus on the Senate.”

The bet paid off for the billionaire industrialists. They backed 19 U.S. Senate candidates, and only two lost. And, in the process, their efforts to get voters out for GOP Senate candidates in swing states helped Trump in those states.

The Center for Media and Democracy (CMD) has found that the Kochs spent at least $39.42 million aiding 19 candidates for Senate during the 2016 election--based on an analysis of campaign finance disclosures for candidates and Federal Election Commission (FEC) filings from Koch-backed groups including Koch Industries, Inc., Political Action Committee (KochPAC), Freedom Partners, Americans for Prosperity, Libre Initiative, Concerned Veterans for America and Aegis Strategic. This amount does not include millions spent by the Kochs to influence the elections that are not disclosed as electioneering, such as so-called "issue" ads and ground game efforts.

Here are six candidates for U.S. Senate that the Koch network invested the most money in 2016:

Sen. Patrick Toomey (R-PA) received over $10 million in support from the Kochs in what has been called the most expensive U.S. Senate race in the history of United States.

Almost every vehicle available was utilized by the Koch team to ensure that Toomey defeated Kathleen McGinty and he did. According to Bloomberg, Americans for Prosperity’s Pennsylvania Director Beth Anne Mumford said that they “made 2 million phone calls and knocked on 135,000 doors to get out voters.”

Toomey won Pennsylvania, and the unofficial tally put the Keystone State in the Trump column--although efforts to secure a recount in all counties are currently underway, led by Green candidate Jill Stein and supported by Hillary Clinton.

The Kochs provided Rep. Joe Heck (R-NV) with $8.58 million in support by utilizing the whole network to take a Senate seat long held by the retiring Senate Majority Leader Harry Reid (D-NV).B But they failed, and Heck lost the state, along with Trump.

Freedom Partners Action Fund spent the bulk of the money on ads attacking his opponent and Senator-elect Catherine Masto (D-NV). Ironically, one of the ads claimed that Masto plays to special interests because she received $60,000 in trips and gifts.

Sen. Rob Portman (R-OH) received $7.57 million in support from the Kochs on his way to defeat former Governor Ted Strickland.

The majority of Koch cash was spent by the Freedom Partners Action Fund which ran a series of ads attacking Gov. Strickland’s tax and spending policies as Governor.

Incumbent Sen. Ron Johnson (R-WI) received $5.19 million in support from the Koch network in his win over former Sen. Russ Feingold (D-WI). Half of the money was spent on Freedom Partners Action Fund ads attacking Feingold and supporting Johnson. One misleading ad suggested Feingold was responsible for veterans dying at the Tomah VA Medical Center and was pulled from three TV stations.

Koch favorite Sen. Marco Rubio (R-FL) received $3.73 million in support from the billionaire brothers, despite a late entry into the race following his failed bid for President. Trump also carried Florida, although a recount petition may soon be filed to determine if the electoral votes in that state should be cast for Trump or Clinton, since there is only about 1% separating them in the unofficial tallies.

The Kochs used every facet of their network to help him to defeat Rep. Patrick Murphy (D-FL). Notably, Libre Initiative aired its first “expressed advocacy” spot in English and Spanish in support of Rubio in early September.

Unlike the other Senate races above, the Koch brothers only utilized Americans for Prosperity (AFP) and Freedom Partners Action Fund in the state, according to our research. In August, AFP launched a “Don’t Bayh It” tour of seven cities to “educate” voters of his “harmful” policies.

Notably absent from this list of Koch-backed candidates is incumbent Sen. Kelly Ayotte (R-NH) who lost in a highly contested race with Gov. Maggie Hassan (D-NH). Sen. Ayotte had received support from Americans for Prosperity in 2015, as The Intercept reported, but after she came out in favor of President Obama’s Clean Power Plan, the Kochs dropped their support. Ayotte lost her race to Hassan by just 1,023 votes out of nearly 740,000 votes cast.

In total, CMD documented 347 Koch candidates in 2016 and documented spending for those candidates of $41.13 million. There may be more Koch candidates promoted by the Kochs’ grassroots arm Americans for Prosperity, and similar dark money non-profits linked to the wider Koch network. But these groups do not always report their election-related activities or disclose the donors.

Of the 347 Koch candidates, 169 were running at the state or local level. In Texas, the billionaire brothers went so far as to support a candidate for the State Railroad Commission and multiple candidates for the Corpus Christi city council.

Here is a breakdown of known Koch network spending in the 2016 elections:

*$16,000 on 11 candidates for other various local government positions

View the complete list of Koch candidates in 2016 here.