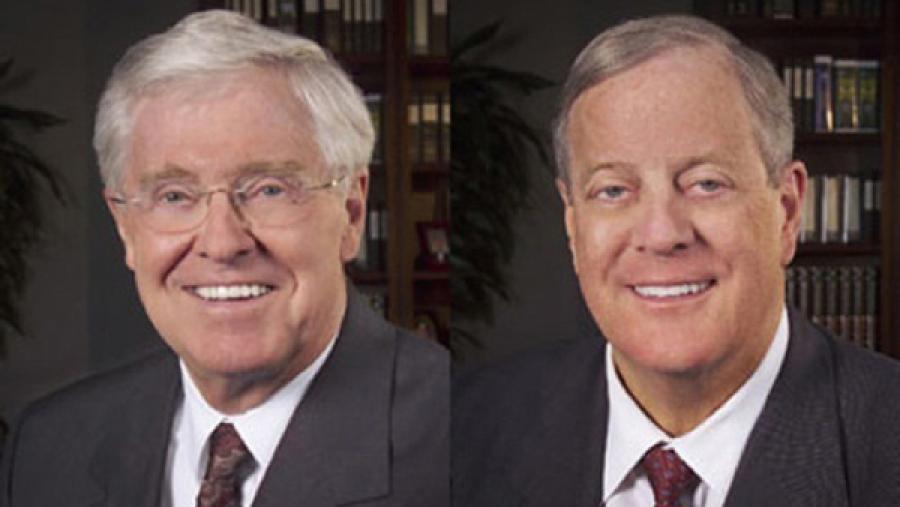 With reports out that every month so far in 2016 has been the hottest on record, it seems a little unbelievable that even the oil-rich Koch Brothers would have the audacity to launch a new multimillion dollar campaign to kill clean energy initiatives and promote the use of fossil fuels that are at the heart of the climate change crisis.

But launch they have in the from of a new organization called Fueling U.S. Forward — a cheeky double entendre presumably meant to inspire both national and personal pride in the glories of oil and gas.

In launching the Fueling U.S. Forward at the Red State Gathering in Denver, Colorado, the group’s President and CEO, Charles Drevna told the audience that, “[w]e’ve got to take this to the emotional and personal level. Oil and natural gas, they’re not the fuels of the past and maybe the present or a necessary evil. They are the future.”

Fossil fuels just might have been the future if wasn’t for that pesky greenhouse gas they emit, trapping more and more heat in our atmosphere and causing unprecedented environmental disasters like the catastrophic flooding we are seeing this week in Louisiana.

But someone like Charles Drevna appears not willing to accept this reality and instead will look to use Fueling U.S. Foward to battle back against State and Federal regulations aiming to boost new clean energy solutions. The most insidious part of Drevna’s plan is to attempt once again kill the electric car. The renowned 2006 documentary, Who Killed the Electric Car? explored the idea that it was the fossil fuel industry and the U.S. auto sector that led a stealth campaign to ensure the electric vehicles never took hold in the marketplace.

Flash forward 10 years and we now know the answer to that question more clearly than ever. It will be the Koch Brothers, Charles Drevna and their network of think tanks, with Fueling U.S. Forward at the helm, who if successful will kill the electric car this time around. However, I suspect Drevna and his oil-soaked backers will find a very different state of public opinion today than they would have a decade ago. Ten years ago, the electric car seemed a novelty and its necessity was not considered as imperative given there was much less attention paid by the public to the issue of climate change.

But that was then.

Today, with charismatic leaders like Elon Musk behind his hot-selling Tesla electric cars, and a public more aware than ever about the disastrous impacts of climate change that are no longer theory, but playing out in America’s backyards, the Koch’s Fueling U.S. Forward has a very real risk of flying back in their faces with a resounding smack.