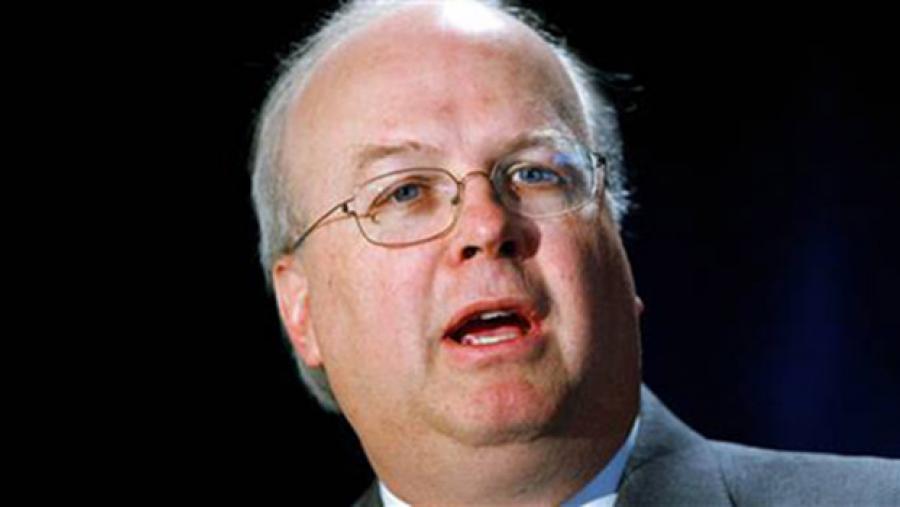 In the face of the Republican-led Congress' hostility to the IRS clarifying the rules for nonprofit political activity, the tax agency has apparently given up.

The IRS has granted nonprofit status to Karl Rove's dark money political operation, Crossroads GPS, which for the past five years has pushed the legal envelope in order to influence elections but keep its donors secret.

Formed in the wake of Citizens United, Crossroads GPS has been one of the biggest secretly-funded political players, raising and spending $330 million on election-related ads attacking Democratic candidates or praising Republicans, but without doing anything that might be described as advancing "social welfare." Although the majority opinion in the U.S. Supreme Court's Citizens United decision endorsed disclosure of donors, in the five years following the decision, spending by secretly-funded 501(c)(4) nonprofits has exploded.

If Crossroads GPS can be granted nonprofit status, there may be few limits on how political operatives can use tax-exempt groups to dodge campaign finance disclosure laws. The Koch political network, for example, will have little fear of IRS enforcement as it spends almost $889 million this election cycle through its network of nonprofit groups.

Nonprofits organized under section 501(c)(4) of the tax code are supposed to be "exclusively" dedicated to advancing social welfare, rather than political campaign activity, according to the language of the statute. The IRS has interpreted the law to allow 501(c)(4) groups to engage in some political activity--perhaps up to 50 percent--as long as their overall activities show they are "primarily" advancing social welfare.

Crossroads GPS has not appeared to do anything over the last five years but spend money influencing elections--or act as a conduit passing money to other politically-active nonprofits--yet the IRS still granted it nonprofit status. Crossroads has not publicly picked a horse in the 2016 primary but the grant of legitimacy from the IRS might help give it a fundraising boost.

"This decision will only add to the public’s frustration with a political system that is wildly out of balance and tilted to serve the interests of wealthy donors," said Stephen Spaulding, Legal Director at Common Cause.

Crossroads was one of the groups that accused the IRS of political bias in 2013 when the agency gave the group's application for nonprofit status extra scrutiny (even though left-leaning groups were also scrutinized). According to documents later shared with the House Ways and Means Committee, the IRS had been drafting a denial of tax exemption for Crossroads GPS before the IRS scandal erupted.

Perhaps the most charitable interpretation of the IRS' decision to grant Crossroads tax-exempt status is that the rules for what constitutes "political activity" are ambiguous. Crossroads GPS' political activities may have been calibrated to exploit uncertainty around the rules, with the expectation that a timid IRS would not enforce the law against powerful players.

Last year, the IRS was in the process of drafting new rules to clarify the definition of political activity--both to address tax code abuses by groups like Crossroads GPS, and to give clear guidance to other nonprofits about how they can permissibly engage in the political process.

But a budget rider slipped into the omnibus spending bill—negotiated by Paul Ryan with the Obama administration--blocks the IRS from taking any further action on the rules, guaranteeing that dark money political operators like Crossroads GPS can continue to skirt the law and get away with it.

"Because the IRS is failing to implement existing law properly, it’s more important than ever that the service issue rules to avoid this debacle in the future," said Emily Peterson-Cassin, coordinator of Public Citizen's Bright Lines Project, an effort to clarify the rules for all nonprofits. "For this reason and others, the IRS' system of evaluating political activity remains broken, and unless the rider is stripped out of future legislation, its harmful effects will continue."

Here we have an example of a regulatory agency of the Executive branch of our government capitulating when challenged, despite the clear language of a statute. It is not unreasonable to draw a connection between regulatory fecklessness and a weak, appeasing chief executive in the White House. Indeed, this result can be expected when the lesser-of-two-evils choice that the people get to vote for as their POTUS is a middle-of-the-road politician, instead of a strong champion for the common good. Neither a strong leader of his nominal party, nor a committed advocate for the people, Mr. Obama has never attempted to mobilize his electoral base to become an engaged and active force for the change he promised nor for the changes most needed by the people of this country. He has meekly bowed his head and acquiesced in the flawed paradigm that once elected, a political officeholder has no need to directly involve the body politic. The result: a gelding’s legacy.
Total weakness of the President. Shame on you, Barack Obama. You've been a disappointment in so many areas.
This is another reason to nominate Sanders for president. He is the only one who would bring this issue up during a general election.
We can suppose that the same rules applied to Crossroads will also apply to other similar political money-funneling groups, including those supporting Democrats. As a non-lawyer it doesn't strike me odd that a group that collects contributions for donation to non-profits should itself be considered non-profit, as long as the group doesn't carry on the activity for its own financial profit.