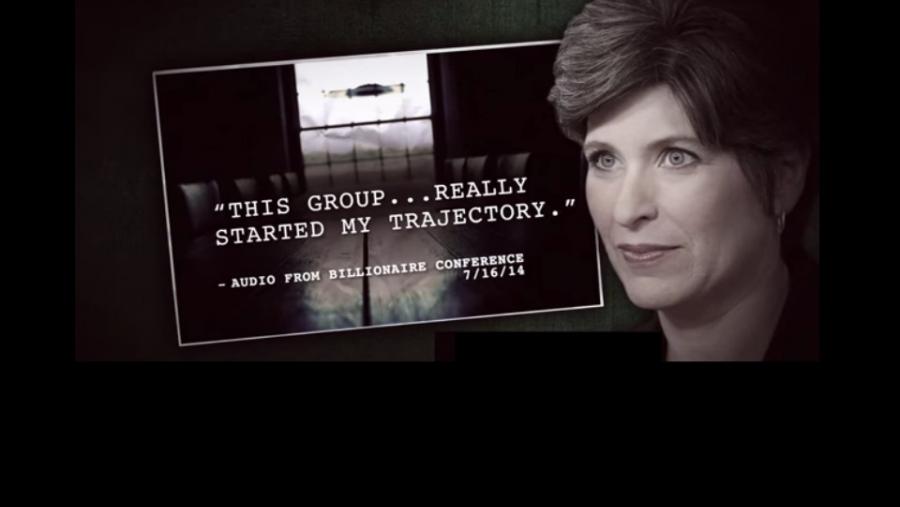 Trees of Liberty, a dark money non-profit financed and operated by the Koch political network, broke the law in helping Joni Ernst win her primary election in 2014, according to a complaint filed today by the Center for Media and Democracy (CMD) and Citizens for Responsibility and Ethics in Washington (CREW).

Trees of Liberty was set up by veteran Koch network political operatives a few months after Ernst appeared at a Koch donor retreat, and started running ads in Iowa within a week of its creation. Despite spending almost all of its budget to attack Ernst's primary opponent, Mark Jacobs, the group claimed on its tax filings with the IRS that it did not engage in political activity in 2014. Making false statements on a signed form to the IRS was a criminal violation. Additionally, Trees of Liberty violated its tax-exempt status by engaging primarily in political activity for the private benefit of now-Sen. Joni Ernst and the Koch network, the complaint alleges.

"Trees of Liberty appears to have violated the law the in three ways: the group misled the IRS by claiming it was not involved in political activity, engaged in more political activity than allowed and operated for the private interests of Sen. Ernst and the Koch political network," CREW Executive Director Noah Bookbinder said. "Any one of these violations should be enough for the IRS to act on; taken together, they overwhelmingly support the need for investigation and vigorous enforcement."

Freedom Partners Chamber of Commerce, often referred to as "the Koch brothers’ secret bank," provided $400,000 of the $440,000 the group raised. The group then spent $412,000—an incredible 94% of its expenditures—on "advertising campaigns on television, radio and online," most of which benefited Ernst. Over $346,000 of Trees of Liberty’s budget was paid to i360, a data analyst and ad buying firm described as the "Koch data mine."

"The Koch network is effectively a political party, and Trees of Liberty is operating to advance the Koch party's interests, rather than anything resembling 'social welfare,'" said Brendan Fischer, Center for Media and Democracy's General Counsel. "The evidence shows that the Koch network secretly used Trees of Liberty to play a decisive role in a primary election, but the American people may never get a full accounting of how much the Kochs are spending on primaries this presidential election year, or what they get in return."

The Center for Media and Democracy is a national watchdog group exposing corporate influence on democracy.