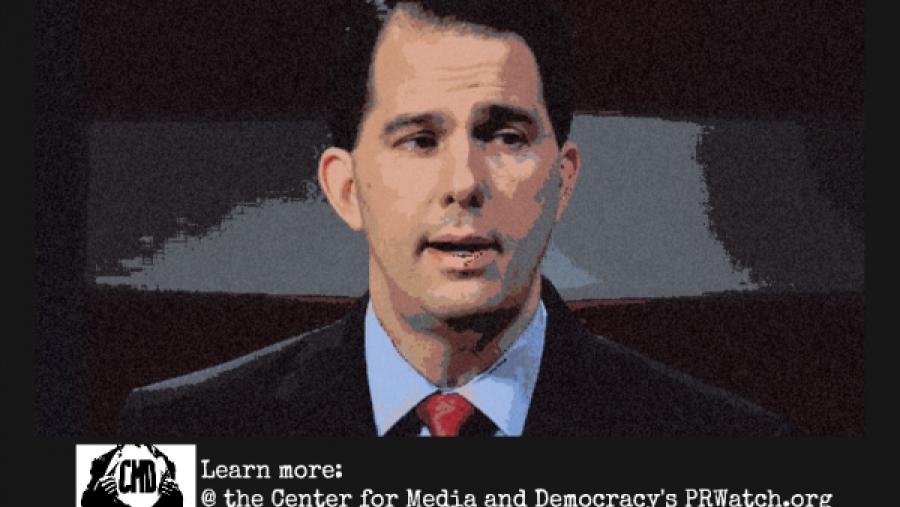 Sixty one communities in Wisconsin, including some in the most conservative pockets of the state, have passed referendums expressing opposition to the U.S. Supreme Court's decision in Citizens United and declaring money is not speech. Poll after poll has shown that both Republican and Democratic voters want less money in elections and stronger donor disclosure laws.

Wisconsin politicians, though, are opening the floodgates to an unlimited flow of secret money.

Where states like Montana have recently strengthened donor disclosure laws, Wisconsin is moving the opposite direction, and this week is likely to enact legislation making the Dairy State one of the worst in the country in terms of campaign finance transparency.

One bill, sponsored by Assembly Speaker Robin Vos and Senate Majority Leader Scott Fitzgerald, will allow groups like Americans for Prosperity to spend unlimited amounts in state elections, and keep the source of those funds hidden from the public, even if the groups expressly call for the election or defeat of candidates.

It will allow politicians to work hand-in-glove with secretly-funded "issue ad" groups that spend millions on elections, creating a situation where politicians will know where their support comes from, but the press and public will not. It will also allow corporations to give unlimited amounts to political parties and campaign committees, and eliminates the requirement that disclosed contributors name their employer.

Another bill will neuter the state's elections agency, and a third will make it difficult for prosecutors to investigate political corruption.

Taken together, the bills would kill most limits on money in elections, and render it nearly impossible to enforce the anti-corruption laws that remain.

The public was not calling for these measures. Five of the six Wisconsin cities to enact anti-Citizens United resolutions this year also voted for Scott Walker. Last year, even the city that Walker calls home, Wauwatosa, overwhelmingly supported a resolution opposing big money in politics.

Why the divide between the people and their elected officials?

Because these bills aren't about voters; they are about political power.

The measures are a means of paying back the big donors, like the Kochs, that spent tens of millions electing Walker and the Republican majority.

They are a way of punishing the nonpartisan Government Accountability Board that supported the "John Doe" criminal probe into the Walker campaign's $20 million scheme to evade campaign finance laws.

It is little surprise that David Koch's Americans for Prosperity and allied groups are the only organizations lobbying in support of these big money measures. The enactment of these bill will allow megadonors like the Kochs to further expand their influence in the state, and to do it without public scrutiny.

Wisconsin, home of the Shiite Republicans, Quoting the late great Molly Ivins, "The legislature is so dominated by special interest that the gallery where the lobbyists sit is called "the owners' box."" ~ Molly Ivan's, Letters to The Nation, "Is Texas America" 2003. NPR featured a story today discussing state legislators use of private email accounts. One of the parties interviewed defended the practice asserting (I am paraphrasing) - - - there is nothing these individuals do that impacts national security - - - hoping to deflect any comparison between Republican state legislators use of private email accounts with Clinton's actions. Last I checked, state actors, regardless of rank and position, make decisions daily, which impact the lives of electorate. Scary times await.
Corporations are not people, Money is not speech, and Campaign contributions are bribes. Any questions?
Thank you so much for this great article! How else is anyone going to know that their Republican state Reps and state Senators voted against even hearing the wording of the state bill, which reflected the wording of the 61 referenda passed by 75% over all, to get money out of politics? That is the only reason these guys were voted back in to office: nobody knew, because nobody in the media reported it, other than CMD and a very few others! CERTAINLY NOT the Milwaukee Journal-Sentinel. We need to continue to build alternative news sources, and it is working! How do we know that it's working? Things have changed since the last re-election, because the WI State legislature HAS NOT YET PASSED the GAB gagging bill, or the campaign finance Freedom Bill opening up unlimited and unseen contributions and 'cooperation' between politicians and billionaires. Keep calling, folks. Contact Citizens Action or Common Cause if you want to help this weekend. Mary