Donald Trump Is Proud of Not Breaking the Law? | PR Watch

Donald Trump Is Proud of Not Breaking the Law? 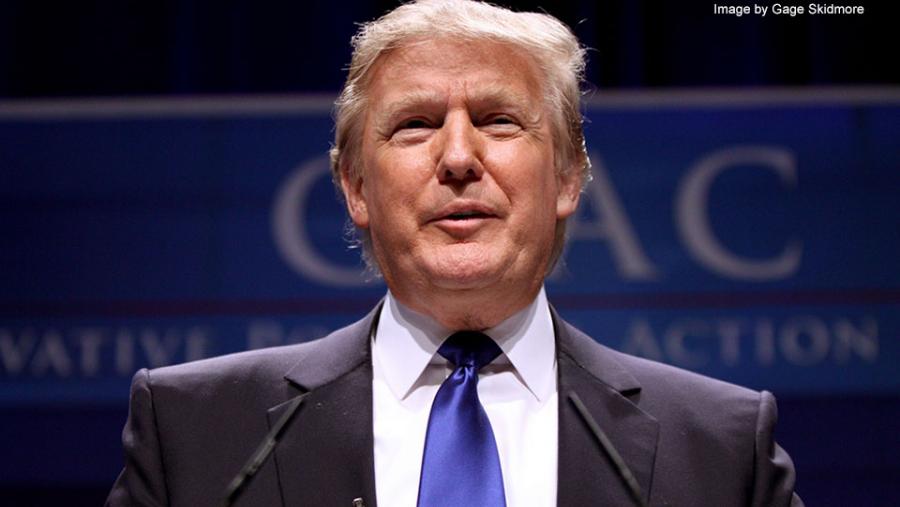 In Wednesday's GOP presidential debate, Donald Trump boasted proudly about rejecting a $5 million check--but really, he was boasting about not flagrantly breaking the law.

Because this is Trump, he might just be making it all up.

During a heated exchange between Trump and Jeb Bush about who is beholden to big donors, Trump noted, accurately, that "a lot of money was raised by a lot of different people that are standing up here. And the donors, the special interests, the lobbyists have very strong power over these people."

Trump didn't offer any solutions to fix the country's broken campaign finance system (nor did any of the other candidates who criticized the role of money in elections). Instead, he insisted that he could be trusted to navigate the broken system:

"I’m spending all of my money, I’m not spending — I’m not getting any — I turned down — I turn down so much, I could have right now from special interests and donors, I could have double and triple what he’s got. I’ve turned it down. I turned down last week $5 million from somebody.

If Trump really was offered $5 million from a donor, it would have been illegal for him not to reject it.

Trump's own campaign is subject to contribution limits of $2,700 per individual in the primary and general elections. The Super PAC formed to support him, Make America Great Again, can accept unlimited donations, yet is supposed to operate independently of Trump and his campaign.

Although some candidates have been blurring the line between their campaigns and Super PACs--by working together before officially announcing their candidacy, or sending former aides to lead the "independent" groups--federal law clearly prohibits candidates from asking for, or accepting, donations to the Super PAC in excess of the $2,700 limit.

"When Trump stated 'I turned down last week $5 million from somebody,' he simply did what the law required him to do," said Paul S. Ryan, Senior Counsel at the Campaign Legal Center. "And if he had 'accepted' $5 million last week, or even 'directed' $5 million to a super PAC, he would have been violating the federal law 'soft money' ban."

But, the whole thing might just be a tall tale.

Although Trump said during the September 16 debate that he turned down a $5 million donation "last week," a month earlier, he told a different version of the same story, and said it happened "today."

"I was called today by the biggest lobbyist. Who I used! He's great. He said 'Donald, I'd love to make a major contribution.' I said, 'I don't want your money.' [He said] 'No no,' like he doesn't understand, like he's never heard this before. 'I wanna, really, give four or five million dollars' . . . I said 'I don't want your money' . . . because when I win, I'm gonna do what's right for the people of the country. I'm not gonna do what's right for him and his people."

During an Iowa campaign stop on August 15, Trump said:

"I'm turning down so much money!'" the reality star declared.