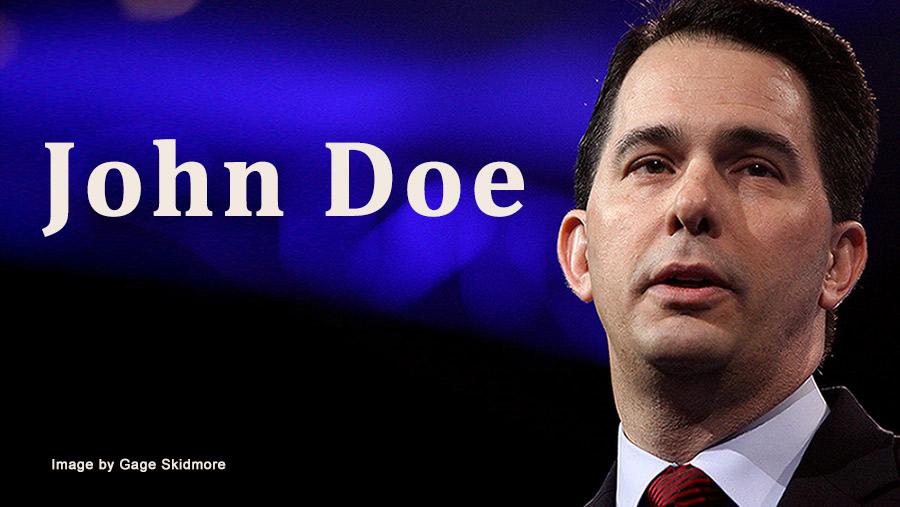 Newly-released emails from the now-halted campaign finance investigation into Scott Walker and his allies are being touted by right-wing media as proof of the probe's partisan motivations.

Yet in many ways, the documents show the opposite.

The Wall Street Journal editorial board trumpeted the two emails, sent between two lawyers in 2013, claiming that they demonstrate "that partisanship drove Wisconsin's John Doe." Wisconsin Watchdog calls the emails "explosive," which "expose the regulator as hyper-partisan."

In truth, the emails demonstrate that prosecutors had a stated goal of not influencing the gubernatorial election, and show a career federal prosecutor leaning over backwards to avoid doing so, ultimately erring on the side of helping Walker and undercutting claims of his opponent.

Yet the Wall Street Journal and Wisconsin Watchdog both decline to acknowledge how the emails undermine their singular years-long narrative that the probe was a "partisan witch hunt." That's because the goal is no longer propping-up Walker; it is to use the engineered backlash against the probe to attack campaign finance regulation and its regulators--particularly the independent elections agency that supported the investigation, Wisconsin's Government Accountability Board (GAB).

Assembly Majority Leader Robin Vos is already using the emails to fuel the Republican-led campaign to dismantle the GAB.

Prosecutors Gave Walker a Boost During a Hotly Contested Election

In the run-up to both the 2012 and 2014 gubernatorial elections, prosecutors had it in their power to tank Walker's political career.

Leaking details about Walker's involvement in a bid-rigging scheme as County Executive, or his secretive fundraising for a shadowy group that hides its donors, could have made a real difference in those races. But prosecutors abided by a court secrecy order and kept those details under wraps.

Instead, almost all the information that became public about "John Doe 2," an investigation into a scheme by Walker and his campaign to secretly raise millions for the recall elections, came via selective, self-serving leaks to friendly media by Eric O'Keefe of Wisconsin Club for Growth, a group at the center of the investigation.

In June of 2014, however, a federal court accidentally posted sealed documents that showed prosecutors believed Walker was at the center of a "criminal scheme" to evade Wisconsin campaign finance law.

Following that disclosure (and the national headlines that ensued), Schmitz issued a carefully-worded statement through his lawyer declaring he "has made no conclusions as to whether there is sufficient evidence to charge anyone with a crime," and that "it is wrong for any person to point to this sentence in a legal argument as a finding by the special prosecutor that Governor Walker has engaged in a criminal scheme." He said Walker was not a "target" of the probe since "at no time has he been served with a subpoena."

In response to Schmitz' statement, GAB legal counsel Shane Falk sent an email, dated June 24, 2014 and released last week by Wisconsin Watchdog, telling Schmitz he "lied to the press" for claiming Walker was not a target of the probe.

Falk pointed out that Walker had indeed been described as a target in internal discussions. Schmitz's statement, on the other hand, relied on a very specific definition of "target," which is a term federal prosecutors use when they are ready to serve a subpoena and bring charges.

As the state's independent elections agency, the GAB is supposed to operate in a manner that does not give one side or the other an advantage. Falk recommended that Schmitz either say nothing or "tone down" the statement, since its phrasing could put a thumb on the election's scales.

"If you didn't want [the John Doe investigation] to have an effect on the election, better check [Mary] Burke's new ad," referring to a TV spot from Walker's 2014 opponent highlighting the "criminal scheme" headlines. "Now you will be calling her a liar," he wrote.

Schmitz' statement was correct as a matter of law, although Walker and his allies incorrectly treated it as an exoneration.

"Mr. Schmitz was a career prosecutor who understood the system he was working in better than Mr. Falk," said Doug Haag, who was a state prosecutor for 29 years. "He had a better grasp of the investigations and terminology. Prosecutors don't go shooting off their mouth about being a 'target' because doing so would be premature."

Ultimately, Schmitz' precise use of legal terminology handed Walker a talking point, and undermined Walker's opponent Mary Burke. This was hardly the work of a "hyper partisan" player, as the Wall Street Journal alleges.

The emails touted by the Wall Street Journal and Wisconsin Watchdog were obtained through discovery in an implausible lawsuit that O'Keefe filed against the GAB in Waukesha County. Yet in the course of combing through voluminous sets of documents from the two-year-long investigation, Walker's allies found just two emails (sent seven months apart) that they could claim fit their narrative, and even then, only through an incredibly strained reading of the documents.

And despite years of claiming that the John Doe investigation was retaliation for Walker's anti-union Act 10 legislation, Walker's allies apparently couldn't find any documents to support that claim among the pile of emails they reviewed.

In another email sent in November 2013, excerpted by the Wall Street Journal editorial board but not released publicly, Falk wrote that the conduct under investigation "was a bastardization of politics" and that "our state is being run by billionaires."

That's hardly a surprising analysis, given that prosecutors were examining multiple violations of the state's long-standing anti-corruption laws.

Although unknown to Wisconsin voters at the time, prosecutors knew that Walker had secretly been raising millions for Wisconsin Club for Growth as part of a wide-ranging scheme to evade campaign finance disclosure laws. Some of those secret donors would later receive special treatment from the Walker administration. Yet prosecutors kept all those details, and more, under wraps.

Elections Board in the Crosshairs

The release of the emails is just the latest salvo in the long-running, fact-deprived campaign to cast the John Doe investigation as a political witch hunt.

Although the narrative has fallen apart as more details about the investigation have emerged--most recently, hyperbolic claims about aggressive "pre-dawn" "armed" raids have been refuted by the audio recordings of the search--the goal is not to expose the truth, but to advance an ideological campaign against limits on money in politics.

The latest target is the nonpartisan GAB, the state elections and ethics board that has been regarded as a "model" for the rest of the country since its formation in 2007. The board is made up of six nonpartisan, retired judges appointed by the governor.

In September, the legislature will take up a bill that fundamentally changes the operation of the GAB, either by legislating its leader, Kevin Kennedy, out of a job, or by placing partisan officials on the nonpartisan board. The Assembly also plans to vote on legislation that would make the "John Doe" investigatory process inapplicable to politicians.

The GAB was formed in 2007 after its predecessor Elections Board, which was composed of partisan appointees, often deadlocked along party lines and turned a blind eye to corruption. After the "Caucus Scandal" netted criminal convictions for legislators from both parties, the new nonpartisan GAB was approved with almost unanimous support, including from now-Assembly Speaker Robin Vos and Senate Majority Leader Scott Fitzgerald.

The GAB was designed to enforce the campaign finance and ethics laws independently, and without partisan influence. But now that this independence has affected one of their own, some GOP legislators, with the support of the Wall Street Journal editorial board, are reversing course and seeking to create a watchdog with no teeth.