Jeb Bush Hits Up Hedge Funds in the Hamptons 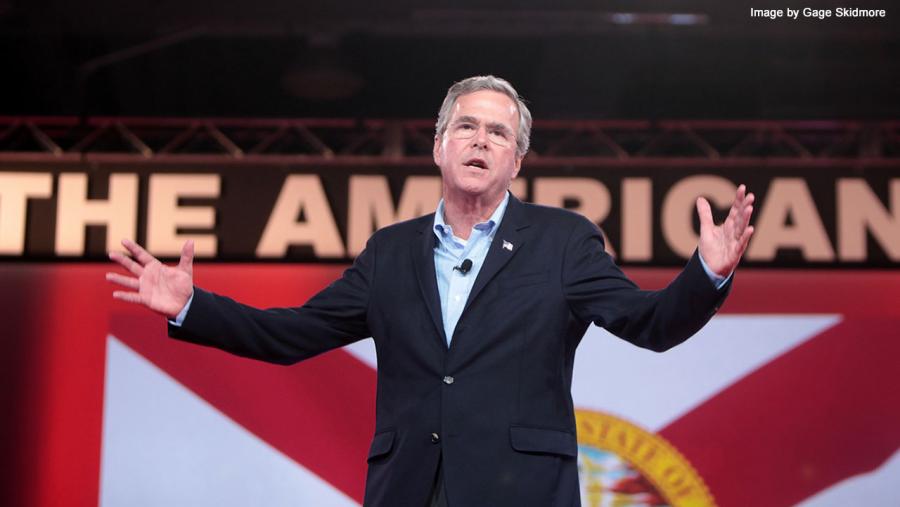 By Brendan Fischer and Zachary Peters

Jeb Bush is visiting the Hamptons today on a lucrative fundraising tour, hitting up multi-billionaires like hedge fund manager Julian Robertson to support his 2016 campaign.

According to invitations obtained by the Center for Media and Democracy, the events over the next few days include a coffee reception in the morning, and a brunch at 11, and an evening reception. The fundraisers in the wealthy New York beach community are officially organized by Bush’s 2016 campaign--even though many of the hosts and attendees have already reached the legal maximum on contributions to Bush’s primary election effort.

Thanks to Citizens United, wealthy donors wanting to support Bush beyond the $2,700 limit in the primaries will find no ceiling on the money they can donate to the “independent” Right to Rise Super PAC. Bush may not be allowed to ask donors to give more to Right to Rise, which is run by his top advisors, but there will be no shortage of hosts at today's events to explain the process to interested attendees.

Many of the hosts of these fundraisers, hailing from Southhampton, Quogue, or Sagaponack, have already given large donations to Right to Rise, and are potentially poised to give even more.

Julian Robertson, a former hedge-fund billionaire from Southhampton, will be one of the hosts of a Bush fundraiser this evening, and has given a reported $1,010,000 to Right to Rise. Like Bush, he is also a longtime backer of school privatization, particularly in New York City. He gave $10 million to former Mayor Michael Bloomberg’s school privatization projects, raising questions of political influence when Robertson’s son, Spencer, opened PAVE Academy in Brooklyn in 2009 and was given space inside an existing public school. New York City taxpayers later handed PAVE $26 million to build its own facility, although Robertson himself has done everything he can to avoid paying New York City taxes.

Hillary Clinton has also held fundraisers in the area in recent months.

This isn't Bush's first fundraising foray into the Hamptons. Bush raised at least $230,000 from a single event in July.

Jamie Corey contributed to this article.