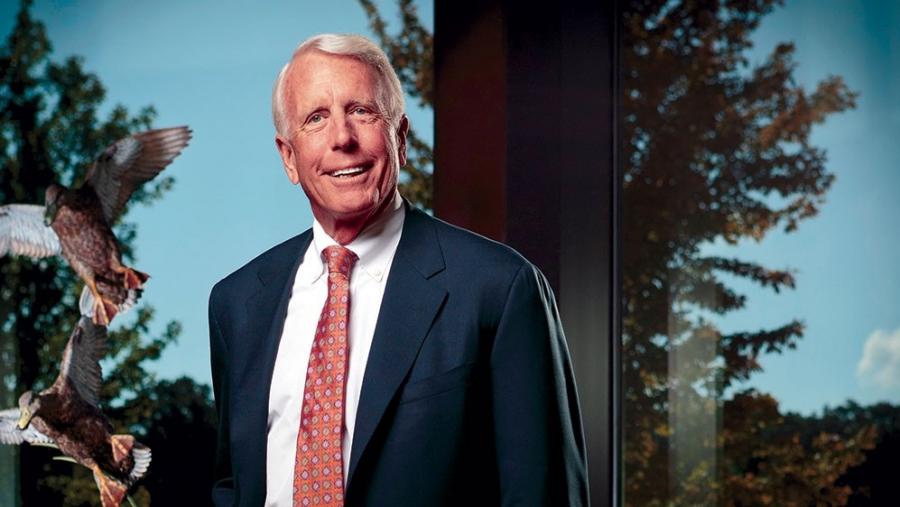 TV viewers in Madison, Milwaukee and Green Bay, may have noticed that the 2016 election for U.S. Senate is getting underway, despite the fact that the election is over a year away. Russ Feingold is challenging incumbent Senator Ron Johnson, widely considered vulnerable, and outside groups are signaling they are willing to stand with Johnson.

The ad is produced by Restoration PAC, a political action committee registered with the Federal Elections Committee (FEC). The pro-military, anti-tax PAC also wants to get rid of the federal Department of Education. Dan Bice of the Milwaukee Journal Sentinel investigated the PAC and found that at this point it is "little more than one donor: Richard Uihlein." Uihlein contributed "91% of the $330,766" that the group has reported to the FEC this year reported Bice.

Other Uihlein Contributions to Walker

Uihlein is CEO and president of Uline Inc., a distributing company headquartered in Pleasant Prairie, WI. In 2007, Mary Burke--who was then the Commerce Secretary under Gov. Jim Doyle--offered Uline $22 million in payroll tax credits and other incentives for the company to move its headquarters and a distribution center to Wisconsin. In 2014, Uihlein contributed over $4.6 million to right-wing Super PACs which placed him in the top ten nationally along with the Kochs and casino magnate Sheldon Adelson. In Wisconsin this year, Uihlein and his wife, Elizabeth, who live in Illinois, have already contributed $2.5 million to the Unintimidated PAC supporting Gov. Scott Walker's run for president and another $200,000 to Our American Revival, a nonprofit 527 group also supporting Walker's presidential bid. The amount of support the Uihleins are contributing is likely larger than the amounts reported here as they have contributed handsomely to Club for Growth in the past, a group that just last week announced that it will spend $2.5 million in supporting Johnson and opposing Feingold.

Express advocacy groups and issues ad groups will flood into this race from both sides of the aisle. Feingold has asked Johnson to take a "Badger Pledge" to discourage the spending, but so far has gotten no response.