Walker Posse Piles on the Gray Lady and Gail Collins 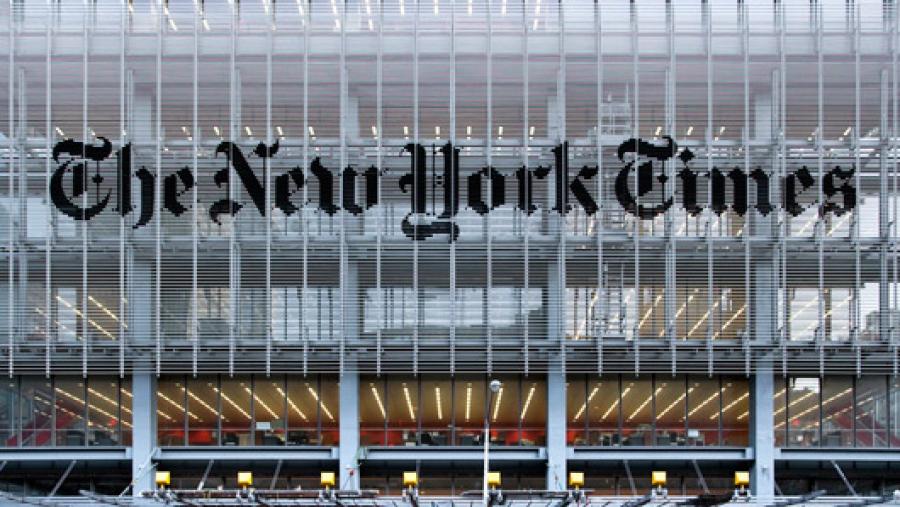 Gail Collins, the award-winning New York Times columnist, riled the right-wing echo chamber this weekend with a one-sentence error in an opinion piece on Scott Walker. What did she do that got the National Review’s knickers in a knot? She penned a piece that rightly called into question Scott Walker’s relationship with the truth as well as his policies and views on education.

The opinion piece recounted the fact that Walker made headlines in the U.K. for “punting” on the question of evolution and dodging the press, that his budget bill gutted licensing requirements for certain K-12 teachers, and also struck the “search for truth” from the mission of the University of Wisconsin system (before he was forced to backtrack due to a public outcry). Collins also reported that Walker misidentified Wisconsin’s “teacher of the year” in a much-discussed Iowa speech where he highlighted the tale of a talented teacher purportedly laid off due to big, bad, union-imposed seniority rules.

There are multiple problems with this tall tale about a teacher, as detailed by Wisconsin native Jud Lounsbury, the Madison Capital Times, Salon's Joan Walsh, and Wisconsin’s actual teacher of the year in question, Claudia Felkske, who penned an open letter to Walker.

Gail Collins’ error? The one sentence in which she said that the teacher Walker cited was laid off due to Walker’s policies. In fact, Walker’s teacher received a layoff notice in 2010, not in 2011. The error was pointed out by John McCormack writing for the Weekly Standard. But what was really interesting was what happened next. The Standard’s rather straightforward article was quickly picked up by a howling hoard of right-wing media outlets, who spun the mistake into “the central thesis of her piece”–which was, by extension, entirely wrong.

The Twittersphere erupted and multiple right-wing sites piled on. Newsbusters called the Collins column “ignorant,” Breitbart Media termed it “falsehood,” and Hot Air a deliberate “smear.” Powerline upped the ante calling it “a blatant falsehood” and, get this, “one of the great howlers of recent journalistic history.”

Why the full court pile-on?

First, the kerfuffle comes off of a stretch of bad media for Walker. When CMD first reported that Walker had struck “truth” and the public service mission of the University of Wisconsin system from the statutes in his budget, the news blew up on the front page of every major Wisconsin newspaper for a week. It was the subject of a New York Times editorial and even followed him across the pond to London. Walker supporters basically had to sit on their hands when Politifact gave Walker’s “drafting error” explanation a “pants on fire” rating. The Collins misstep, later corrected, gave Walker defenders something to sink their teeth into.

Second, the right needed to push back on an emerging theme, that Walker cares little about education and is not particularly well educated. As Walker’s lack of a college degree was being discussed by Time, Bloomberg, and the Washington Post, Rush Limbaugh jumped into the fray to defend Walker as a man of the people. “(The) stories are legion of all the great Americans, successful, who have not graduated from college. And of course the two names that come to people's mind right off the bat are me and Steve Jobs,” opined Rush. Instapundit announced that the lack of B.A. after Walker's name would “be a breath of fresh air” in “an Ivy-League suffocated government.” By Monday, Walker's lack of a degree had turned into the headline “Dropout Advantage” in Commentary Magazine.

But the real message from the pile-on is “back off.” The national news media shouldn’t be subjecting Walker to scrutiny–and if it dares, the “Walker’s Posse,” as Bloomberg termed it, will promptly turn the tables.

Wisconsin relies on important state and national news outlets to tell the truth about what is going on in this state. The real story, obfuscated by the shenanigans of the right, is that after deep cuts to essential programs such as the Badgercare health program, after massive tax breaks for corporations and the wealthy, and even after the assault on public-sector unions in the state, Walker’s policies have failed. Walker’s surplus, which he touted prior to the election in 2014 has failed to materialize, and Wisconsin is staggering under another $2.2 billion deficit. The state is number 32 in new job creation. And the governor is proposing a new, $300 million round of devastating cuts to higher education, while neighboring states are busy investing in higher ed. He is also proposing $220 million in bonding authority for a new stadium in Milwaukee.

Walker’s divisive policies have failed Wisconsin and now he wants to bring them to the national stage.

That is a story worth writing, even if the “Walker Posse” doesn’t like it.