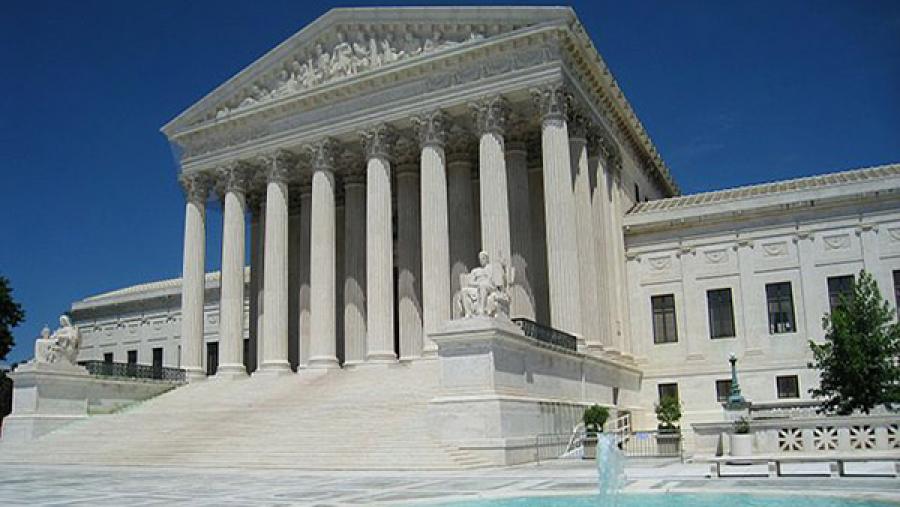 An historic vote in the U.S. Senate earlier this year to amend the constitution to reverse Citizens United and stem the flood of money into our elections -- expected to top $1 billion this election cycle -- has the Koch brothers spooked.

If passed by Congress and approved by two-thirds of the states, the amendment could put a brake on outside spending from groups like the Koch brothers' political network, which spent over $400 million on the 2012 elections and is reportedly planning to drop another $300 million on the 2014 midterms.

Amending the constitution to get money out of politics has overwhelming public support, and the Kochs and other big money interests are trying hard to twist the narrative.

The Koch-backed American Commitment has rolled out an ad in Kansas attacking U.S. Senate candidate Greg Orman for saying he supports reversing Citizens United, and "thanking" vulnerable Sen. Pat Roberts for voting against the amendment, which the ad tries to frame as an attack on freedom of speech.

That's not all. Opinion pieces making the same claim that an amendment would "silence free speech" have appeared in newspapers and blogs across the country -- and many of those authors and their organizations are tied to the Kochs and far-right funders like the Bradley Foundation, a Center for Media and Democracy and Common Cause analysis has found.

The Koch network of funders and the Bradley Foundation have spent tens of millions bankrolling organizations that fight to preserve the role of big money in politics.

Many of those same groups are behind a blitz of op-eds in papers across the country that, like the American Commitment ad, have tried to paint the Citizens United amendment as an unprecedented attack on the First Amendment and a threat to the ability of average citizens to influence elections.

Many of the writers present themselves as concerned citizens worried about the fate of the country, neglecting to mention that they and their organizations have financial ties to the right-wing groups that have been trying to roll back campaign finance reform for years.

Washington Post columnist George Will, whose pieces are syndicated across the country, called the Citizens United amendment "extremism" and claimed that legislators were supporting it out of self-interest. But he never got around to noting his own interests in the issue: Will has close ties to the Koch network and was even part of an "exclusive group of major donors and VIPs" who "dined privately" at an exclusive event for the Koch's astroturf organization Americans for Prosperity where he rubbed elbows with up-and-coming political candidates like Rand Paul and Mike Pence, according to Politico. AFP has previously invited him as a speaker and has awarded him its George Washington Award. He is also a member of the right-wing Bradley Foundation board of directors since 2008 and received a $250,000 "Bradley Prize" in 2005.

Rob Roper of the Ethan Allen Institute wasn't afraid to use overheated rhetoric to attack the amendment, claiming that allowing legislators to set limits on political spending amounted to "holding a torch to the Bill of Rights" and creating "the foundation for a police state." Perhaps he was afraid his claims would be even less convincing if he revealed that his "think tank" is backed by the State Policy Network, a major driver of the corporate agenda in state houses, which has funding ties to the Koch and Bradley foundations.

Ted Olson and Trevor Burns both ascribe Senate Democrats' support of the amendment to base political motivations, claiming they want to "protect their own incumbency" and "censor political speech." Olson, who has served as outside counsel for Koch Industries, argued the Citizens United case. He and Burns both have ties to the Cato Institute, which was founded by the Kochs and received nearly $14 million in Koch funding between 1986 and 2011, as well as $1.6 million from the Bradley Foundation between 1998 and 2012.

Additional writers and their funding ties:

Ted Olson, former Solicitor General of the United States and partner at Gibson, Dunn, and Crutcher (Wall Street Journal, September 7). Olson argued Citizens United, and has served as outside counsel for Koch Industries and as a board member at the Koch's Cato Institute.

Trevor Burns, Research Fellow in the Cato Institute's Center for Constitutional Studies (Forbes, September 11). The Cato Institute was founded by the Kochs and received $13,878,990 from them between 1986 and 2011. Cato also received over $1.6 million in funding from the Bradley Foundation between 1998 and 2012.

MD Kittle, Wisconsin Reporter/Franklin Center for Government Integrity (Watchdog.org, September 8). Over 90% of the Franklin Center's funding has come from the Koch-linked Donors Trust/Donors Capital Fund, amounting to over $18 million since 2009. The Bradley Foundation earmarked $380,5000 in funding for the Franklin Center's Wisconsin Reporter, and gave another $100,000 to support the Thomas L. Rhodes fellowship. Other funders include the Charles G. Koch Charitable Foundation ($8,702 in 2012), State Policy Network ($100,000 in 2012), the Coors' Castle Rock Foundation ($25,000 in 2011), and the Searle Freedom Trust (362,500).

Ken Shepherd, Managing Editor for Newsbusters (Newsbusters.org, September 12). Newsbusters is a project of the Media Research Center, which received $2.6 million from the Bradley Foundation between 1990 and 2012, as well as $15,005 from the Koch family foundations between 2004 and 2008. The Koch-linked DonorsTrust and Donors Capital Fund gave an additional $804,270 between 2003 and 2012.

To learn more about the Koch network of funders, visit Kochexposed.org and see the Bradley Foundation profile in Sourcewatch.