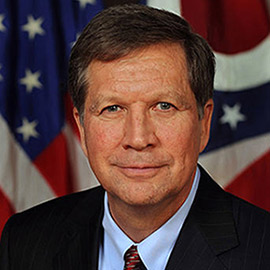 There's a lot of money at stake in Ohio charter schools, which as a group will receive almost $900 million in 2014. Charters get about $7,200 per student in taxpayer funding, compared to about $3,500 per student in traditional public schools.

On paper, Ohio's charter schools are operated by non-profit organizations whose governing boards hire management companies to operate the schools. The boards are supposed to have a strong oversight role and have the power to fire charter operators if they don't measure up.

It's a particularly important role, given how poorly many charter schools perform. Since Ohio's experiment in school privatization began, around 29 percent of the charter schools opened in the state have been closed, and according to Ohio Department of Education board member Mike Collins, the state has spent over $1.4 billion just since 2005 on charters that never scored above a D on their annual report cards.

Oversight is impossible without transparency. But when the governing boards at ten Ohio charters run by White Hat Management tried to find out how the company was spending its budget, the company simply refused to provide detailed records, claiming that information about how it was spending taxpayer money was proprietary.

The years-long legal struggle which is pending in the state Supreme Court relates to two questions at the heart of the school privatization controversy: When do public funds become private assets? And how much transparency do private companies owe when they provide public services on the public's dime?

Oversight by a Hand-Picked Board

Ohio's charter schools, which are publicly funded, are supposed to be subject to periodic state audits and held to performance standards by the sponsoring organizations that contract with operators.

But governing boards may not be as independent as they ought to be, as a 2014 investigation by the Akron Beacon Journal found. White Hat shares legal representation with the boards of many of the charter schools it has contracts with. And a number of board members have admitted that they were recruited by White Hat, a clear conflict of interest.

In a revealing statement, Maggie Ford, chief academic officer at White Hat, told the Beacon Journal, "Sometimes we have one or two people that would like to start a school, and they don't have enough for an entire board. So they want to, they talk to, other board members or ask us to help recruit board, um, recommend board members." In effect, the boards at many "nonprofit" charter schools were hand-picked by White Hat, which contracted with those same boards to operate the schools.

But the problems really started when board members at Hope Academies and Life Skills Centers started to examine White Hat's operations. By 2010, board members at ten schools in Cleveland and Akron were concerned about whether resources were being used effectively at their schools, but the company had provided little information about its spending even to the boards of its schools.

As board member Lillie Blair explained to the Cleveland Plain Dealer, "The public says, 'You're responsible for the money we gave you -- what did you do with it?' And I as a board member have to say I don't know."

The boards had essentially agreed to pass over 95 percent of the schools' budgets to White Hat, which then had sole responsibility for everything from hiring teachers to buying school supplies. In 2010, after White Hat refused to provide any additional details about its budgets, the ten school boards sued.

When the boards that hired White Hat to manage their schools began demanding financial transparency, White Hat pushed back, insisting that it wasn't required to provide full quarterly financial reports. When the Ohio House held a hearing about the complaints against White Hat in 2010, the company refused to testify.

When the boards made moves not to renew their contracts, White Hat made the startling claim that it owned all assets purchased under its management, despite the fact that they were paid for with taxpayer money.

In most business relationships, that might be enough simply to choose not to renew a contract. But when it comes to Ohio charter schools, the boards' power to terminate charter school contracts is limited by Ohio law, which allows operators to appeal contract decisions to school sponsors or the state board of education. The appeal could result in the board -- not the operator -- being removed.

White Hat may even be entitled to keep all assets purchased during the contract, from desks to textbooks to the school buildings -- even if they were bought using taxpayer funding. As the lawsuit states, "if the school terminates the Management Agreement, it must buy all personal property [...] and must exercise the Schools option to lease the School Facility." In other words, taxpayers could end up paying twice for the same school facilities and equipment.

White Hat's grip on the school's property -- from buildings to the trademarked school names -- made it impossible for the charter schools to simply hire a new operator. Like witnesses in an organized crime trial, the charter schools had to change their names and find new locations. They even had trouble recruiting staff, who were afraid of losing their jobs for even speaking to the "new" schools.

This sleight of hand, which transforms public money into private assets for charter operators, comes from a statute created by H.B. 79, a charter school overhaul bill introduced by State Rep. Thomas Raga and passed in 2007. Raga has served on the advisory board of the right-wing Heartland Institute and paid membership dues to ALEC in numerous years.

The suit asks the court to declare the statute unconstitutional, arguing that it gives operators like White Hat too much control over charter schools.

State campaign finance records show that Rep. Raga also took substantial contributions from charter school interests from 2002-2006, including $22,500 from Brennan, a $17,500 from Brennan's Main Street PAC, and $10,000 from All Children Matter, a Michigan-based charter school PAC founded by the DeVos family. The DeVos family (Betsy and Dick DeVos, inheritors of the Amway fortune) are major funders of right-wing organizations, and privatizing education has long been one of their pet causes.

White Hat's lobbyists have worked closely with legislators who support the company's agenda, even providing a "four-page legislative wish list" to House Speaker Bill Batchelder to help his office prepare for a phone call with lobbyists. Batchelder, who is an ALEC member and a major proponent of privatization through charter schools and voucher programs, received direct contributions totaling $67,000 from Brennan between 2006 and 2013. All told, Brennan has reported a stunning $3.6 million in contributions to Ohio races since 1992.

But White Hat schools are failing to educate Ohio kids. A 2010 report by the National Education Policy Center at the University of Colorado-Boulder found that only two percent of White Hat's schools nationwide were meeting Adequate Yearly Progress (AYP) measures. Despite this abysmal record, and despite a 2007 state audit that found White Hat's business practices to be "abusive," the company continues to operate some 30 charter schools in Ohio.

Ohio House Speaker Bill Batchelder, a White Hat defender, claims on his 2014 campaign website, "School districts must be held accountable for how they allocate their money." It remains to be seen whether White Hat will be held to that standard.

The Ohio Supreme Court heard the White Hat case on September 23. Justices explored the question -- if a private body is doing a public job using public money, aren't they functionally equivalent? That is indeed the heart of the matter and a ruling is anticipated later this year.