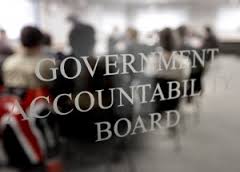 Wisconsin Club for Growth has launched a new legal volley in its well-funded effort to thwart the state’s John Doe campaign finance probe. On Friday, WCFG and its director Eric O’Keefe filed suit against the Government Accountability Board (GAB) in the Republican stronghold of Waukesha County, claiming the board exceeded its authority by assisting prosecutors in the probe.

One of many problems with that claim: the Republican Attorney General disagrees.

For several months, Republican and Democratic prosecutors have been looking into possible criminal charges of illegal coordination between WCFG, the Walker campaign and others during the 2011 and 2012 recall elections. The crux of WCFG’s latest suit is that the GAB – the state agency tasked with interpreting and enforcing Wisconsin election law -- exceeded its authority by helping the bipartisan district attorneys leading the investigation. Any taxpayer dollars spent on the probe were illegal expenditures, WCFG alleges.

According to WCFG and its Washington DC lawyer David Rivkin (a former attorney in George W Bush's Justice Department perhaps best known for defending torture and the Iraq war), the GAB only has statutory authority to investigate and prosecute civil violations. They assert that if the GAB identifies criminal violations, it must refer the charges to a county district attorney for criminal enforcement, and the GAB's participation must end.

“Wisconsin law requires that GAB investigations be used for civil enforcement or end with referral to prosecutors,” WCFG claimed in a press release announcing the suit. “Instead, GAB funded and staffed the investigation against conservative groups that was focused on alleged criminal violations from the start. GAB also continued to participate in the process after it referred the matter to prosecutors.”

Yet that claim – that the GAB must drop out of an investigation if it could involve criminal charges and prosecutors become involved -- is at odds with interpretations from Wisconsin’s Republican Attorney General, J.B. Van Hollen. Their claim is also at odds with the efficient use of taxpayer dollars to vindicate Wisconsin's clean election laws.

Van Hollen: GAB Has Authority to Investigate Both Civil and Criminal Violations

In a 2008 advisory opinion on the division of authority between the GAB and district attorneys, the state’s senior law enforcement official wrote:

“[T]he Board and district attorneys possess joint and co-equal authority to investigate possible violations” of the state’s campaign finance laws, adding, “the Board, district attorneys, the Attorney General, and law enforcement authorities should endeavor to cooperate and timely communicate with each other.”

Van Hollen echoed this interpretation in February 2013, when he declined to lead a statewide investigation, citing a conflict-of-interest. He was clear that the GAB has authority to investigate both civil and criminal violations:

“The Government Accountability Board has statewide jurisdiction to investigate campaign finance violations, which may be civil or criminal in nature,” he wrote at the time.

Logistically, and as a matter of efficiency, WCFG’s formulation of the law doesn’t make sense.

Campaign finance violations can have both civil and criminal penalties arising from the same set of conduct. It makes little sense to require that the GAB stop applying its experience in campaign finance law when a violation is severe enough that it could be criminal.

If a violation has criminal penalties, than the GAB will refer the matter to a District Attorney for prosecution -- but it has long been the practice that, given the GAB’s familiarity with the law, the agency remains part of the investigation.

GAB General Counsel Kevin Kennedy testified in an affidavit filed in the federal case that: “Prior to September 2012, the GAB has on occasion jointly investigated potential criminal violations of Wisconsin’s campaign finance laws with District Attorneys, who often rely on our subject matter expertise.” For example, in 2011 the GAB made no secret it was part of the investigation into criminal campaign money laundering by railroad CEO William Gardner, who pled guilty to felony charges of funneling illegal contributions to the Walker campaign through friends and associates.

What WCFG is arguing is that the state agency that has the greatest expertise in interpreting election laws and investigating election law violations should be prohibited from using that expertise to assist a criminal investigation into the most serious infractions. This would be an inefficient, overly bureaucratic, and wasteful use of taxpayer resources – everything Club for Growth claims to oppose.

In advising that the Board and district attorneys “should endeavor to cooperate and timely communicate with each other,” Van Hollen stated in the 2008 opinion that “Doing so will enhance efficiency, avoid duplication of effort, and permit the best use of limited investigative and prosecutorial resources on the part of all of the agencies involved.”

WCFG Cites to Old Rule, Seems to Admit to Coordination

WCFG also throws some other claims at the wall. For example, it alleges that the GAB "deprived Mr. O’Keefe and the Club of their statutory rights" by not providing notice that a complaint had been filed against them, but cites to an outdated rule that has been overridden by the legislature. They claim that the GAB and Milwaukee District Attorney John Chisholm never informed Van Hollen that the GAB was involved in the investigation, which seems impossible to know.

Yet WCFG seems to admit that coordination may have taken place.

In the portion of its complaint describing John Doe judge Judge Gregory Peterson's January order quashing subpoenas issued to WCFG, Citizens for a Strong America, and the Walker campaign, WCFG writes that Peterson "found that the subpoenas and warrants were improper because the State only showed potential coordination in fundraising and issue advocacy, not express advocacy, and coordination without express advocacy is not a crime."

WCFG's latest suit was filed in Waukesha County, the most solidly Republican county in the state, and one of the most GOP-friendly in the country. Waukesha gained notoriety in 2011 when County Clerk Kathy Nickolaus discovered 7,000 uncounted votes for Justice David Prosser in that year's hotly-contested Wisconsin Supreme Court race.

This latest lawsuit is the fourth legal challenge to the John Doe probe.

In February, WCFG and O'Keefe filed a federal lawsuit alleging the investigation violated their First Amendment rights, and on May 6 the probe was halted in an extraordinary decision by federal Judge Rudolph Randa, a member of the Milwaukee Federalist Society's Board of Advisors and a regular attendee of Koch- and Bradley-funded judicial junkets. Randa even went so far as to order the destruction of evidence, which the Seventh Circuit quickly overturned.

Last week, the Wall Street Journal editorial board broke the news that the Walker campaign was allegedly negotiating a settlement with prosecutors in the state John Doe investigation, and aggressively warned him not to "cut a deal that would exonerate Mr. Walker while wresting concessions from some of Mr. Walker's allies." Walker gave an evasive response to the editorial, and the Journal followed up with another editorial on Saturday attacking his "disingenuous" and "too-clever reply." The Journal editorials were widely viewed as threats that the big donors who helped get Walker elected in 2010 (and reelected in 2012) would not be happy if he negotiated.

Meanwhile, attorneys for WCFG claimed that prosecutors were violating Judge Randa's injunction by negotiating settlement. The Special Prosecutor leading the John Doe, Francis Schmitz, asked Judge Randa for clarification on his order, and Randa issued an ambiguous response. Prosecutors stated that Judge Randa's response "confirms our understanding and affirms our statement that no action taken ... violates his order."

Another suit is pending before the Wisconsin Court of Appeals, and a motion for an original action has been filed with the Wisconsin Supreme Court, which would have a major conflict of interest if it takes the case, given that WCFG has been a top spender in recent Supreme Court elections.

According to WCFG's filings in its suit against the GAB, that case has been fully briefed.