When organic activist Alexis Baden Mayer of the Organic Consumers Association was arrested after leading a "spirited protest" against watering down organic standards last month, she wasn't at a rally on the street or in a park. She was at a meeting of the National Organic Standards Board, a 15-member advisory board with statutory authority to review what substances are allowed and prohibited in organic agriculture -- usually a relatively staid affair.

Organic foods and products are popular among consumers in the United States. It's the fastest growing sector of U.S. agriculture, with nearly $35 billion in sales as of 2012, and growing at 15-20 percent per year.

Consumers buying organic products rely on standards to ensure this is the case.

But the growing organic market presents a temptation for business interests in the organic industry to look for ways to lower costs and gain bigger market share, including by lowering standards.

Organic pioneers and watchdog groups like the Organic Consumers Association and the Cornucopia Institute allege that the U.S. Department of Agriculture (USDA) is capitulating to corporate interests and reversing 20 years of precedent by removing the ability of the National Organic Standards Board (NOSB) to effectively decide the working definition of the organic food production system as well as what synthetic and non-organic materials are acceptable to include in organic agriculture and food on a temporary basis. Examples of non-organic materials that have been exempted include the use of antiobiotics like tetracycline on apple and pear trees; and algal and fungal oils as sources of DHA omega-3 fatty acids and ARA omega-6 fatty acids in infant formula and other foods, as The Progressive/Center for Media and Democracy (CMD) has reported. 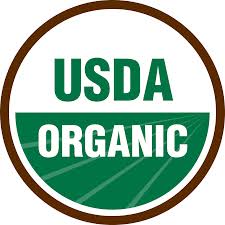 For 20 years, until last fall, the NOSB reviewed exemptions for synthetic and non-organic ingredients allowed in organic foods every five years, automatically removing them from the list of allowed substances unless they voted to retain them for another five years, in what's known as a sunset process.

But USDA Deputy Administrator Miles McEvoy announced a new set of rules in the fall of 2013 in which exempted synthetic and non-organic materials are allowed indefinitely unless a two-thirds supermajority of the NOSB votes to remove them from the list. The rule change was not subject to the process of full public notice and comment.

U.S. Senator Patrick Leahy (D-VT) and Representative Peter DeFazio (D-OR), original authors of the 1990 Organic Foods Production Act, wrote a letter to Agriculture Secretary Tom Vilsack in April 2014, saying that they believe the policy change to be "in conflict with both the letter and intent of the statute."

The Congressmen emphasized that the "most alarming part of this sunset policy announcement was the decision by the agency to not subject this substantive policy change to full notice and comment rulemaking, a critical step to allow the public to provide scientific and market information to aid the Secretary and the NOSB in fulfilling its statutory review duties. Had the agency engaged in a full rulemaking process for the policy change, it would have given the Secretary the benefit of hearing about the strong objections to this change from the public, from many in the affected organic community, and from Members of Congress, such as ourselves."

Former NOSB Chairmen Jim Riddle, Jeff Moyer, and Barry Flamm called the rule change "a radical shift away from the collaborative government of the organic industry that Congress had clearly indicated and pioneering organic farming advocates demanded" in another letter to Secretary Vilsack.

Riddle, Moyer, and Flamm stressed that "specific violations" of the organics law "could lead to a court challenge" and called other violations of the intent of lawmakers "a grave insult to the current and past volunteers who have served on the National Organic Standards Board and the thousands of organic stakeholders who have, earnestly, participated in the public process to develop standards, materials and procedures for the NOSB."

USDA Attempts to Spin the Shift

USDA recently issued a "fact sheet" positing that the changes to the sunset review process as an "improvement," with a nifty diagram of the new process. Roger Blobaum, an organic pioneer who served as an agricultural staff member in both houses of Congress and was co-chair of the coalition that helped shape the organics law, called it "another USDA attempt to re-define the required sunset process and make it sound necessary and reasonable."

Blobaum noted that it "does not reflect the description and definition of sunset in the Leahy/DeFazio letter or the letter submitted by three former NOSB chairs or the public/private relationship mandated in the Organic Foods Production Act. It appears to me that the so-called fact sheet is part of USDA's overall public relations campaign to confuse consumers and others, including members of Congress..."

Mark Kastel, Co-Director of the Cornucopia Institute, called the rule change a "power grab" and said that "corporate interests, including the industry lobby group the Organic Trade Association, have been gaming the system for years with the help of USDA. What has changed recently, as a result of the NOSB refusing to go along with agribusiness in approving gimicky synthetics and nutraceuticals in organic food, is that they have now had their minions at the USDA change the rules in the middle of the game."

Blobaum told CMD that because of the number of big corporate organic industry representatives that the USDA has placed on the NOSB in the places reserved for farmers and consumers, the supermajority required to remove materials from the list would be especially hard to achieve. There are specific seats reserved on the board for farmers, environmentalists, consumers, processors, a retailer, a scientist, and a certifier.

Organics at the Crossroads 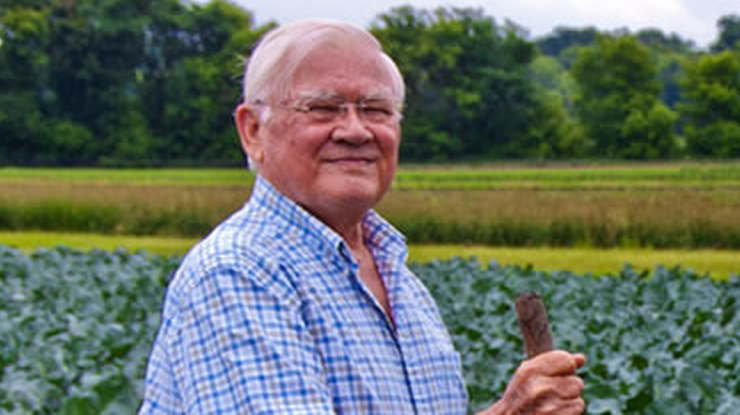 Because of the growing popularity of organics, the involvement and undue influence of heavy hitters in the organic industry, and the current challenges of owning and operating organic family farms, organic agriculture is at a crossroads.

Roger Blobaum has devoted his career to the organic movement since 1971 and recently launched a project helping the Wisconsin Historical Society identify and collect historic materials from the organic agriculture movement, including his own personal papers, documents, photos, and other historic materials.

At a recent lecture called "Building a Movement" at the University of Wisconsin-Madison, Blobaum sketched the timeline of the history of the organic movement starting in 1911 with the publication of Farmers of Forty Centuries, which described how people in China had farmed the same fields for 4,000 years without depleting soil fertility, by former USDA Division of Soil Management chief F.H. King.

The Law and the Rule: 1990 Organic Foods Production Act

Blobaum described the process of crafting and passing the 1990 Organic Foods Production Act as well as developing the final rule implemented by the USDA in 2002. State pressure was instrumental, he pointed out, as 27 states supporting organic farming via statutes on the books by 1990. The NOSB, the duties of which were laid out in the law, was appointed in 1992 and helped craft the rule that would eventually govern organics.

After hearings around the country, the NOSB submitted a draft rule to USDA that had the buy-in of many different organic groups. But the draft the USDA published in response "trashed" the NOSB proposal, according to Blobaum. It "ignored many of the recommendations," opened the door to weakening organic standards across the board, "and challenged the authority of the NOSB to regulate materials, which was in the law."

In response, the organic community gathered to review the USDA proposal line-by-line, and published "The Sixty-Six Points of Darkness: Key Issues in the Proposed National Organic Program Rules as brought up by the National Campaign for Sustainable Agriculture's Organic Meeting." As a result of this concerted organic community pushback -- and 270,000 negative comments on the USDA's proposed rule, according to Blobaum -- the USDA took the rule back and rewrote it. After years of negotiations and public comments, that rule went into effect ten years later, in 2002.

Attempts to Undermine the NOSB

Since the organics rule went into effect, Blobaum said, "there's been an attempt almost all the time to undermine the role of the NOSB. And the NOSB represents us all, that's the whole point. When the NOSB was set up, it was part of the bargain.... The USDA didn't like what NOSB was doing, and they had the power to appoint NOSB members, so what they started doing was putting industry people in the slots that were reserved by law for farmers and for consumers. This was an abuse of their authority to appoint. And that's still going on."

Blobaum described the most recent crisis: "USDA is getting all kinds of pressure to approve more of these materials to lower the standards. They decided, well, let's change the rule here. These materials are going to stay on the list until we get a big vote from the NOSB to take them off.... It's another indicator of the USDA's bad attitude towards the NOSB."

As Blobaum pointed out, "the NOSB represents us all": farmers, eaters, scientists, environmentalists, certifiers, and retailers. Blobaum is concerned that the USDA is gradually reducing the statutory authority that the NOSB was given by the 1990 organics law, turning it into a mere advisory body.

Thanks for keeping us up-to-date on this - not always easy to spend the time wading through this issue, so good, detailed and straightforward info becomes ever more important, and that info is generally not forthcoming from the mainstream press. SOS Save Our Standards!
As another organic pioneer who helped write the original 'much maligned' first NOP proposed rule, I take issue with just about everything in this piece. Please see my 3 part story on 'conflicts over organic standards' here: http://chelseagreen.com/blogs/gracegershuny/2010/09/23/conflicts-over-organic-standards%E2%80%93-part-i-history-of-organic-standard-setting-and-controversies/.
<p>Thank you very much for commenting and for sharing your perspective, Grace. I read with interest your account of the travails of drafting the organic rules, especially the hurdle of getting them approved by the Office of Management and Budget. What is your view of the current controversy over sunset review?</p>
It should be noted that this reflects a pretty narrow view from limited sources. Asks for no other perspectives and doesn't actually talk to anyone involved besides the hyperbolic rhetoric of a few. The Accredited Certifiers Association has a very different perspective. see it here: http://www.accreditedcertifiers.org/wp-content/uploads/2014/05/Letter-to-Secretary-Vilsack_5.2014.pdf
Your letter does not indicate whether your organization is actively engaged in preserving the intention of the organic label or is open to compromise for the benefit of the food industry. Do you have a list of changes to the NOP that have been proposed and accepted by your organization?