Taking a Stand Against Secrecy

This op-ed was originally published at The Washington Times. 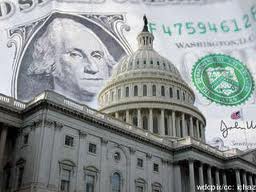 Following the last midterm election, Wisconsin witnessed extraordinary political upheaval and 14 recall elections. With this, an astounding amount of money surged in from out of state, much of it secret and undisclosed.

In our current legal landscape, independent groups can spend as much as they want to support or oppose candidates, but are supposed to come clean about their funders. This not only helps voters assess the messages they are getting, but more importantly, helps the public and the press track and deter corruption.

How can we know if politicians are giving favorable treatment to the special interests that spent six or seven figures helping them get elected, if we don't know who those special interests are? Campaign-finance disclosure has been repeatedly endorsed by the U.S. Supreme Court (even among a majority of Republican appointees in Citizens United). Transparency enjoys broad support across the political spectrum.

This policy is enshrined in Wisconsin law, which declares that the goal of the state's campaign-finance law is to "make readily available to the voters complete information as to who is supporting or opposing which candidate or cause and to what extent, whether directly or indirectly."

Yet with many groups' spending in the recall elections making a mockery of these principles, the Center for Media and Democracy (CMD) carved out a niche trying to follow the money.

The vast majority of money from both sides came from out-of-state; however, liberal donors primarily gave to regulated PACs and disclosed their contributors, whereas conservatives funneled tens of millions through nonprofits that refused to report their donors.

Digging into the dark money, we uncovered, for example, that the "Coalition for American Values," which ran ads purporting to reflect Wisconsin values, was actually entirely funded by an out-of-state group, a fact not discovered until a year after the election.

In other words, voters on Election Day never knew that a group telling Wisconsinites about the "Wisconsin way" was bankrolled by out-of-state billionaires.

Amid recent reports of a new "John Doe" criminal investigation into possible campaign-finance violations during the recall elections, we dug deeper.

Our research uncovered that one group under investigation, Wisconsin Club for Growth, not only spent $9.1 million on Wisconsin elections without reporting a penny, it also took in millions of dollars from out-of-state donors, and in turn, shuffled millions to other organizations that spent money on ads in 2011 and 2012, all while keeping Wisconsin voters in the dark about the true source of the funds.

Wisconsin Club for Growth is now arguing in court that it has no responsibility to tell the public who is backing them -- and can even coordinate with candidates while they do it. These assertions, if upheld, would undermine what remains of Wisconsin's candidate contribution and disclosure limits, and in the end, the public's right to know about some of the biggest spenders in an election.

If a candidate is working hand-in-glove with a nonprofit such as the Wisconsin Club for Growth, a secret, multimillion-dollar donation to the nonprofit would be effectively the same as a donation to a candidate -- with the same opportunity for corruption and the same problems with the public not knowing about it.

Even outside the election context, the problems with such coordination become clear in light of recent reports that the 501(c)(4) "Organizing for America" -- which is closely aligned with the Obama administration -- has solicited donations from individuals who have affairs before the White House.

CMD's research has ruffled some feathers. In one court filing, Wisconsin Club for Growth even twisted quotes from CMD's executive director, Lisa Graves, to falsely claim she said liberal groups did the same thing as Club for Growth in the recalls, but that only conservative groups should be investigated.

CMD has taken issue with groups that run TV ads to influence elections without disclosing their donors. We reject the effort to wrap themselves in the mantle of the Supreme Court's protection of the NAACP membership list from Alabama white supremacists in the 1960s.There are long-standing protections for anonymous giving to groups engaged in charitable work that should not apply to individuals or groups running political ads that attack or praise a candidate in an election.

News outlets, whether they be left or right, particularly have the responsibility to pull back the curtain and demand that those who are trying to buy our vote and influence our politicians come out of the shadows and be honest about their intentions.

We agree with Justice Antonin Scalia, who said, "Requiring people to stand up in public for their political acts fosters civic courage, without which democracy is doomed."

The Center for Media and Democracy was offered the opportunity to contribute this op-ed to The Washington Times after the newspaper, relying upon manufactured falsehoods from the Franklin Center for Government & Public Integrity's "Wisconsin Reporter," published erroneous statements about CMD and its Executive Director, Lisa Graves. The Washington Times has issued a retraction and correction, and CMD appreciates their cooperation in correcting the record.