The Center for Media and Democracy will be hosting the inaugural event celebrating the publication of Dollarocracy: How the Money and Media Election Complex is Destroying America, the new book from acclaimed authors John Nichols and Robert McChesney.

The two authors, both Madisonians, will be at the Memorial Union, on the University of Wisconsin-Madison campus, Wednesday, July 24th at 7 p.m. for a book reading, discussion and signing. (Avoid construction and park in the Lake Street ramp.)

Best-selling author of Shock Doctrine, Naomi Klein says of their book: "John Nichols and Bob McChesney make a compelling, and terrifying, case that American democracy is becoming American dollarocracy. Even more compelling, and hopeful, is their case for a radical reform agenda to take power back from the corporations and give it to the people." Author and radio host Thom Hartmann says: "Dollarocracy is the most important political book of the year, maybe of our times."

In their new book Nichols, one of the nation's most prominent political commentators, and McChesney, a preeminent scholar of media issues, show how unbridled campaign spending defines our politics and, failing a dramatic intervention, signals the end of our democracy. Dollarocracy explains how American democracy is declining as the range of debate is increasingly controlled by big-money campaign contributions, wall-to-wall lobbying and a media that is more inclined to repeat official spin than to dig for the truth. 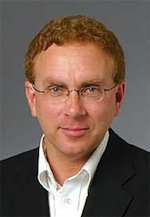 The Center for Media and Democracy's research and reporting is highlighted in the book, which explains how major elections are managed and manipulated by a new class of consultants with hundreds of millions of dollars to spend and a cutthroat mentality when it comes to everything from voting rights to obstruction of government. As the money power shouts louder -- especially after the Citizens United ruling -- the voices of the American people are shouted down. As journalism, a core check and balance on political lies and government malfeasance, goes into decline, citizens have fewer tools to be their own governors. And they are more vulnerable than ever before to propagandistic manipulation.

With groundbreaking behind-the-scenes reporting and staggering new research on 'the money power,' Dollarocracy shows that this new power does not just endanger electoral politics; it is a challenge to the DNA of American democracy itself.

Dollarocracy has been met with critical acclaim and glowing reviews:

"With this book, John Nichols and Bob McChesney invite Americans to examine the challenges facing America in new ways, and to fully recognize the threat that the combination of big money and big media poses to the promise of self-government. They paint a daunting picture, rich in detail based on intense reporting and groundbreaking research. But they do not offer us a pessimistic take. Rather, they call us, as Tom Paine did more than two centuries ago, to turn knowledge into power. And they tell us that we can and must respond to our contemporary challenges as a nation by rejecting the Dollarocracy and renewing our commitment to democracy." --United States Senator Bernie Sanders

"Dollarocracy gets at what's ailing America better than any other diagnosis I've encountered. Plus it prescribes a cure. What else could a reader -- or a citizen -- ask? To me, it's the book of the year." --Michael J. Copps FCC Commissioner, 2001-2011

"Nichols and McChesney strike again! And, as usual, these two experienced and effective fighters for common sense and the common good are right on target with Dollarocracy. The truth might not 'make you free,' but it can make you move into action to free our great nation from the political strangle hold of big money. So read...and let's get moving!" --Jim Hightower, best selling author, nationally syndicated columnist and radio commentator, and editor of the Hightower Lowdown

"This is the black book of politics-as-industry, an encyclopedic account of money's crimes against democracy. The billionaires have hijacked our government, and anyone feeling complacent after the 2012 election should take sober note of Nichols' and McChesney's astonishing finding: It's only going to get worse. Dollarocracy is an impressive achievement." --Thomas Frank, best-selling author of What's the Matter with Kansas?

Messrs. Nichols and McChesney- Please check out my website AdvanceTheDialog.com. I have tried to codify basic constructs of logic and common sense for the public to use as tools to demand more from the media. The public can 'Call Them Out' when the media breaks the Rules, and vote on 'Cover The Topic', 'Ask The Question', or enter their own. It is a new site and I am building support still. I would love your participation & feedback! I am serious about this project. Thank you.