Earlier this year, Lt. Governor David Dewhurst was heavily favored to win, but failed to secure enough votes in a multi-candidate primary, and now faces a runoff election against former Texas Solicitor General and Tea Party favorite Ted Cruz, whose unexpected momentum has turned the race into a toss-up. And the dollars are pouring in to choose the Republican candidate. Cruz leads slightly in both polling and funding.

Dewhurst, considered by many to be the "establishment" candidate, is backed by the Texas Conservatives Fund (TCF), a Super PAC formed for the express purpose of supporting him, and which has spent at least $4.5 million attacking Cruz. Thanks in part to the 2010 U.S. Supreme Court decision Citizens United v. FEC, Super PACs can raise and spend limitless amounts of money to influence elections like the one in Texas, although they are expressly forbidden from coordinating with candidates and must name their donors. The TCF draws most of its money from a handful of wealthy Texans including Bob Perry, who gave $400,000 and is also a major donor to American Crossroads, the Republican Governors Association, and the pro-Romney Super PAC "Restore our Future." Dewhurst's TCF is also supported by Harold Simmons, who gave $1 million and also gives significantly to American Crossroads. Dewhurst also has a sizable personal fortune, and has spent around $11 million from his own accounts. 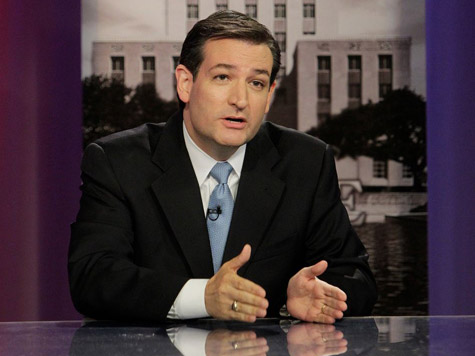 While not as wealthy as Dewhurst, Cruz is backed by a constellation of outside spending groups with national reach. Cruz's supporters include the California-based PAC "Our Country Deserves Better," which coordinates the Tea Party Express and has spent $129,000 to promote Cruz. Their spinoff PAC the Campaign to Defeat Barack Obama has spent $23,000 supporting Cruz. Dick Armey's FreedomWorks for America, another Tea Party-affiliated group, has spent $480,000. (FreedomWorks is the spawn of David Koch's old "Citizens for a Sound Economy," which also spawned "Americans for Prosperity," which Koch leads as chairman.) Senator Jim DeMint's Senate Conservative's Fund, another D.C.-based Super PAC that spends exclusively on conservative senate races, has spent $778,000 in support of Cruz.

Cruz has received his largest support from the Club for Growth's Super PAC, which has recently spent to influence Republican senate races in Wisconsin, Nebraska, and Indiana, where their spending helped hard-line fiscal conservative Richard Mourdock defeat six-term Republican Dick Lugar. In the Cruz/Dewhurst race, the Club for Growth Action Super PAC has spent just over $5,000,000 to influence the election, almost all of which was spent attacking Dewhurst.

Each side has made the other side's financial supporters into a campaign issue. Cruz charges that Dewhurst represents the interests of a few wealthy donors, while Dewhurst claims Cruz is supported by "outsiders," a shot at Cruz's massive support by Tea Party elements outside of Texas. A recent Dewhurst campaign ad hammered Cruz for his connection to "D.C. special interest groups" like the Club for Growth and FreedomWorks.

Super PACs have afforded both sides the opportunity to make inflammatory (and unsubstantiated) statements through third parties. The Dewhurst-aligned Texas Conservatives Fund recently ran an ad showcasing a tenuous link between Cruz and Robert Mericle, a Pennsylvania developer accused of bribing judges to send delinquent minors to his privately-run detention facility. The ad attempts to connect Cruz to the eventual suicide of a minor sent to Mericle's facility by one of the judges, though Cruz's relationship with Mericle is limited to a breach of contract case with an insurance company peripherally involved in the scandal. Club for Growth Action has been airing radio and television ads claiming that Dewhurst is an "establishment politician" and is recognized as a "moderate" by every major newspaper in Texas.

"It is fair to say that there is a big debate within the Republican Party over its future, and Texas' Senate race is the most obvious battleground in that fight over the next two months," said Club For Growth spokesman Barney Keller, in a statement to the Austin-American Statesman. When asked if the Club for Growth would be spending more to influence the Race, Keller simply said "stay tuned."