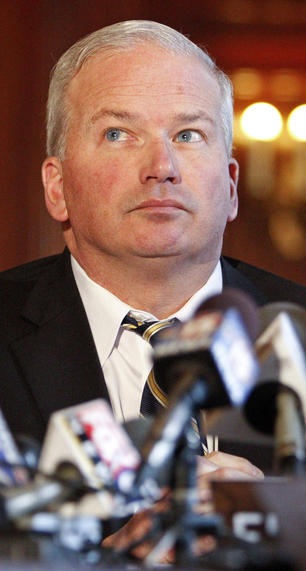 Postcards to Protect Against Recall

The effort to recall Fitzgerald was led by a mother of two who had not previously been involved with politics, and on January 17 she and her team filed 20,600 signatures. This was 3,700 more than necessary to spark a recall election.

As the Center for Media and Democracy reported, Fitzgerald's campaign has been scrambling to challenge many of those petitions to bring the number of valid signatures below the threshold triggering a recall. Among other challenges, the campaign is asking the state elections board to strike a number of signatures because postcards sent to the signers were returned as undeliverable. But the Capital Times reports that in many cases the campaign sent postcards to addresses different than those written on the recall petitions.

For example, the campaign is challenging one signature because a postcard sent to "Arnold Sodill" at W857 Eipong Terrace was returned as undeliverable. However, the address on the petition was W8571 Lake George Terrace, and the signer "Arnold Wodill." Another card sent to "W10722 MLK Dr., Beaver Dam, Wisconsin" was returned, but the address listed on the petition is a valid address, "W10722 Mikard Rd." A mailing sent to "116 River Circle" came back, perhaps because the signer's address was "116 Ridge Circle." A postcard the campaign sent to Frederick Stange at "102380 Aghugo Ln" was returned, but on the recall petition Stange listed his address as "102380 Co. Hwy. W.," the same address as the person on the line below him, Mary Stange.

Even Fitzgerald's constituents who received the postcards at their correct address have been concerned by the campaign's "verification" tactics. "I firmly believe in my heart, it is nothing but an intimidation factor to scare people off," said Fitzgerald constituent Howard Stenner of Columbus, WI. Or as a recipient of a recall postcard from Senator Terry Moulton put it: "it is a great way to let those petition signers out there know: WE KNOW WHO YOU ARE AND WHERE YOU LIVE."

The tactics used by Fitzgerald to challenge recall petitions resemble a scheme planned for the 2010 elections by the Wisconsin GOP and Tea Party groups, including the Koch-funded Americans for Prosperity. Some of those same Tea Party groups are also involved in the current recall "verification" effort.

Recordings released by One Wisconsin Now in September 2010 documented a plot by the GOP and Tea Party groups to engage in the practice known as "voter caging," which would allegedly suppress votes from traditionally Democratic populations. According to the Brennan Center for Justice, "voter caging" involves sending mail to a list of voters (usually from Democratic constituencies like students and minorities), compiling a list of the mail that is returned as undeliverable, then using that list to challenge those voters at the polls or to request that their names be purged from registered voter lists. The Brennan Center says voter caging is "notoriously unreliable" and "can lead to the unwarranted purge or challenge of eligible voters," intimidating some voters and leading to long lines that can deter others from casting a ballot.

In the recordings, the leader of the Tea Party group Grandsons of Liberty, Tim Dake, details contact between himself and Reince Priebus, then-chair of the Wisconsin Republican Party (and now chair of the Republican National Committee), and Mark Block, who at the time was state director of Americans for Prosperity-Wisconsin (AFP) and went on to manage Herman Cain's failed presidential campaign (among other activities). Dake explains that the GOP would use its state-wide voter file to compile a list of student and minority voters, then AFP would send mail to voters on that list. The Tea Party would place individuals as poll workers and have those workers use the returned postcards to challenge voters and "verify" their eligibility.

One Wisconsin Now says they "made a formal request for investigation with the U.S. Attorney's Office, as well as the Wisconsin Attorney General's Election Integrity Task Force and the Government Accountability Board," but there have been no prosecutions or other enforcement actions.

Grandsons of Liberty and another Tea Party group are currently involved in the "Verify the Recall" effort to challenge recall petitions for Fitzgerald, Governor Walker, and others. The groups announced on February 8 they had identified enough allegedly invalid signatures on Fitzgerald recall petitions that the seven-term Republican would keep his seat.

The Fitzgerald campaign submitted its formal challenge to the recall petitions on February 9, within days of Grandsons of Liberty announcing their "Verify the Recall" findings. The "Verify the Recall" group acknowledge they are legally prohibited from sharing information with the campaigns but would publish their findings publicly. It is not known to what degree individual members of the Tea Party groups were directly involved in the campaign's verification process or if they had written any of the erroneous "verification" postcards.

Last summer's Senate recall elections also saw an alleged voter-suppression scheme that, like the Fitzgerald "verification" postcards, contained convenient typos. In the weeks before the elections, AFP sent mailers to Democratic voters offering information about how to obtain an absentee ballot -- but listing the deadline for returning the ballot as four days after the election.

Election dates for Fitzgerald, Walker, and the four other GOP elected officials facing recall have not been scheduled. State officials expect several more weeks of vote-counting and legal challenges.

I thought voter caging was illegal. What criteria must be met for illegal caging to be charged? Is sending postcards to petition signers a reasonable way to determine which signatures should be challenged or is it only a form of intimidation? Has any GOP organization ever been convicted of voter caging in recent years?
republicans lie cheat and steal to get what they want, so whats new?
Wow, what an intelligent statement. Find me an honest politician. Bottom line, the people of WI voted Walker in. If they have enough votes to recall him, then due process works. I'm just glad I don't live there.