Will Walker's Love Affair with Realtors Come Back to Haunt Him? | PR Watch

Will Walker's Love Affair with Realtors Come Back to Haunt Him?

Scott Walker and his new team of criminal defense lawyers will be meeting with the Milwaukee County District Attorney soon to answer questions in a multifaceted "John Doe" probe being conducted by the DA into potentially illegal activities of Walker's staff during the time he served as Milwaukee County Executive. Because everyone involved in the investigation is subject to a gag order, the scandal has the state guessing about the next shoe to drop.

One of them may shine a light on Walker's long-time love affair with big money realtors. 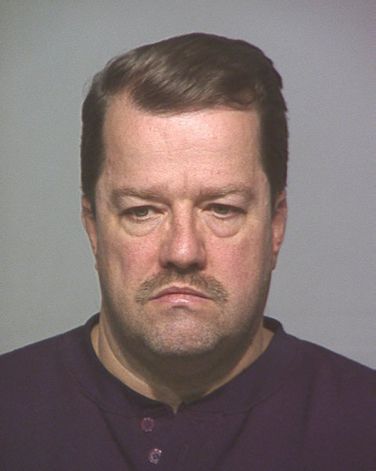 If you are keeping count, the perp walks are proliferating. Tim Russell, a long time Walker aide, who served on the campaign and as Deputy Chief of Staff for the County Executive and later as Housing Director, got two felony counts for stealing $11,000 from a veteran's charity and using the funds to party in the Caribbean and Hawaii with his boyfriend. The boyfriend has been charged with child enticement. According to the indictment, it appears that both men were involved in soliciting teenagers for sex. Why Russell was not charged as well is a puzzle.

More recently, another Walker staffer, former Deputy Chief of Staff Kelly Rindfleisch, has been charged with felony counts of doing campaign work while on the public payroll using a secret email system apparently set up in the County Executives office by none other than Tim Russell. Another staffer, Darlene Wink, pleaded guilty to similar but lesser charges, after agreeing to testify about destruction of digital evidence in the case. (When Walker left his county job to take over as governor, the complete absence of paper work, dozens of empty filing cabinets and brand new computers were noted in the news media.) William Gardner, a railroad magnate and a top donor to the governor's campaign, has already pleaded guilty to felony violations of campaign finance and tax laws. His railroad also paid a civil forfeiture of $166,900, which is the largest fine ever imposed by election officials in the history of Wisconsin.

Now Walker has been called to meet with the DA, prompting him to hire a team of criminal defense lawyers last week. One of Walker's new lawyers, John Gallo, has a practice that specializes in "representing criminal defendants and grand jury targets."

As Walker travels around the United States raising unprecedented amounts of money ($12 million and counting) to stave off a recall election that over one million Wisconsinites are petitioning for, the national news media seems to be unaware of the scandal rocking Wisconsin. Instead of asking Walker about the six indictments, CNBC's Larry Kudlow pitches a series of softballs and lets him tout his fundraising website in this fawning interview. Kudlow has received money from the Koch-funded Mercatus Center and is a co-founder of the right-wing group called "Club for Growth," which has a Wisconsin chapter closely connected to Walker's inner circle. Now that Walker has formally lawyered up, one wonders if Fox News legal correspondent Greta Van Susteren might finally tackle the story.

In the meantime, Wisconsin is abuzz with speculation about other avenues the investigation may take.

"Realtor of the Year" Arrested 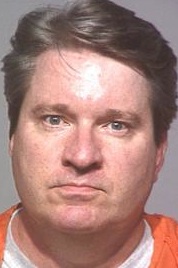 Since Russell was discovered to be robbing vets, his Caribbean vacations with stolen money, his previous track record misappropriating state funds and other facets of his life have drawn a lot of scrutiny. But what drew little notice in this increasingly complex investigation is that Tim Russell is also a realtor, one of the many who are close to Walker.

The Milwaukee Journal Sentinel is reporting that John Doe investigators are looking for signs of real estate bid-rigging in the county government during the time Walker was County Executive. The county owns hundreds of acres of land it sells to developers. It deals with thousands of leases and millions of dollars in state and federal housing funds. It does a lot of business with realtors.

The media was alerted to this new line of investigation when Andrew Jensen Jr., "Wisconsin's Realtor of the Year" for 2010 was thrown in jail for a day last December by the Milwaukee prosecutor for failing to cooperate with the secret investigation. Jensen is a commercial real estate broker with the Boerke Company, a Walker campaign contributor, and past chairman of the Commercial Association of Realtors-Wisconsin (CARW). Walker has acknowledged knowing Jensen slightly.

According to the Journal Sentinel, Jensen was involved in an controversial effort to move the county's Department of Aging to a different, private location, after a rushed five hour bid. The DA appears to be squeezing Jensen for information. He may be seeking information the Department of Aging incident, other real estate deals or on a raft of characters in Walker's "inner circle" who had real estate business with the county.

The Milwaukee Journal Sentinel listed Tim Russell as part of Walker's "inner circle" along with John Hiller, Jim Villa, and Bob Dennik -- all realtors and developers. 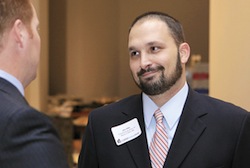 Jim Villa was Governor Walker's chief of staff during the time he was a state legislator and during part of Walker's time as County Executive. He helped him run his various campaigns and remains a close friend according to newspaper accounts. In 2008, he took the job as President of the Commercial Association of Realtors-Wisconsin (CARW), where he worked with Board Chair Andrew Jensen. He is also a lobbyist for Wisconsin Realtors Association (and Altria/Phillip Morris.) Villa has also created small businesses over the years, likely to allow him to take lobbying and consultancy income.

Villa testified in the Milwaukee County DA as part of the John Doe investigation into the illegal fundraising activities. Kelly Rindfleisch lived in Villa's house at the time she worked for the county, yet spent at least half her time fundraising for Lt. Gov. candidate Brett Davis. In one electronic chat exchange between Rindfleisch and Villa, Villa made it clear that he thought both Rindfleisch and Davis were obliged to him for his fundraising efforts on behalf of Davis. "Brett AND YOU owe me," Villa wrote. Rindfleisch was allegedly living with Villa to get around Milwaukee County's residency requirements for county employees. According to the Journal Sentinel, Villas name has also come up in connection to the Department of Aging deal.

Many wonder if the Milwaukee DA is putting pressure on Jensen to get information about Villa.

Another Walker insider is John Hiller who has been president of Hiller Realty for over 21 years. Hiller was Scott Walker's campaign treasurer of 13 of those years. He led Walker's transition team when he became governor. Yet, in May of 2011 as news of the John Doe investigation was breaking, Hiller inexplicably left his post as Walker's treasurer.

Like Villa, Hiller opened a consulting business in 2005, JM Hiller Consulting LLC. Hiller advertised his consultancy business in the CARW newsletter: telling members he could help them with "Project Approval, Zoning, Grants/Awards" in other words, with county and city deal approvals.

Hiller's pattern of campaign contributions is mentioned briefly in the Kelly Rindfleish indictment. Hiller's name has also come up in relation to the Department of Aging deal, where he reportedly acted on behalf of Andrew Jensen's firm Boerke.

Allegations of Pay to Play

In total, real estate interests have given more than $480,000 to Walker since 2009 making them one of the governor's top supporting special interest groups. CARW funnels campaign contributions through a conduit to the Realtor's Political Action Committee (RPAC). RPAC maxed out on direct contributions, contributing $43,125 to Walker's gubernatorial campaign. Realtors have given $15,000 so far to his recall effort and provided him with an early endorsement, without consulting their full membership. In return, the Walker administration has moved on many pieces of legislation supported by the realtors over the past year. On the list: private health savings accounts, the "landlord preemption bill," a controversial proposal largely benefiting landlords at the expense of tenants, and stricter regulations on wind turbines.

But it is Walker's earlier relationship with realtors that is raising questions now. The Milwaukee Journal Sentinel suspects bid-rigging, the Milwaukee Shepherd Express suspects "pay to play" politics -- campaign contributions for favorable treatment.

It has yet to be seen if Walker's love affair with realtors will land him, or his friends, in more hot water.

Its sad when you have these people who you entrust funds to and you expect to be doing whats best for the common good, who then take the power they were given and exploit the rest of us. I know that these news stories usually choose the least flattering pictures to depict those charged, but you can tell that these two were wolves in sheep's clothing and were fleecing(no pun intended) all the innocent people they could to try and sail through life on the labor of others. It reminds me of a story I read recently on a <a rel='help' href="http://www.burglaralarms.org/is-it-easy-to-disable-burglar-alarms/">home security</a> blog that talked about people who were dressed as faulty security personnel and were then letting themselves into people's homes and robbing them. They used their false position of authority to exploit those people who expect a world they were raised to believe to be just, only to find out that justice only happens after people get hurt!