Lauria Quit Cigarettes, But Now He's on the Bottle 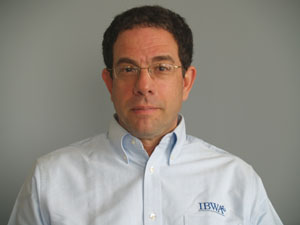 The Bad in the Bottle

Bottled water means big money for beverage manufacturers, but people are starting to realize that it's also big drain on their wallets and the environment. Bottled water costs a whopping 2,000 times more than tap water, and about 40 percent of mass-produced bottled water brands come from the same sources as tap water. Tap water is also subjected to more regulations than bottled water. Moreover, bottled water also siphons money from taxpayers' pockets. Last March, Corporate Accountability International surveyed the budgets of five states and found that taxpayers in those states were shelling out between $78,000 and $450,000 for bottled water, a resource that essentially flows free from public taps. People are discovering this information to the detriment of the bottled water companies, which made $11 billion on the product in 2008.

The Fiji Water debacle of 2009 was even more of a PR disaster for the bottled water industry. After the Fiji Water company ran an ad campaign promoting its bottled water by denigrating Cleveland, Ohio's tap water, the city of Cleveland decided to test its public water against a bottle of Fiji water. The results revealed that Fiji water contained 6.31 micrograms of arsenic per liter, while Cleveland's tap water had zero. This information prompted the cities of Los Angeles, San Francisco, Salt Lake City and Santa Barbara to ask their employees not to use bottle water and ban city spending on bottled water, and Chicago added a five cent tax per bottle.

All of these factors, plus the environmental fiasco posed by the manufacture and disposal of billions of used plastic water bottles, are coming home to roost. It's also causing bottled water to fall out of favor.

But Back to Lauria...

When he worked for the tobacco industry, Tom Lauria used to deny smoking was addictive. He denied the connection between secondhand smoke and respiratory disease. He also denied the health affects of parental smoking on children, opposed restrictions on cigarette vending machines and told us that efforts to end smoking in public places would lead to Prohibition. Now Lauria works for the International Bottled Water Association, which occupies the same address as the American Beverage Association, the soft drink companies' lobbying group. Lauria is running a campaign to try to convince people that bottled water is indisposable.

True to his old chops, the campaign is a re-run of many of the tobacco industry's PR tactics of yore. It tries to scare people by claiming that "anti-bottled water activists" are working to take away people's right to buy bottled water. Just like the Tobacco Institute claimed the EPA was disseminating false and misleading information when it concluded that secondhand smoke is a human carcinogen, Lauria claims the "anti-bottled water movement" is "busy disseminating false and misleading information about bottled water." Lauria's new campaign also leverages the "health concerned segment" of the market by claiming bottled water is better for people with heart disease, diabetes and obesity (as though the same health benefits can't be achieved by drinking tap water). In his desperation to reverse downward sales trends for bottled water, Lauria has even posted a remarkably lame, low-budget video on YouTube featuring a cute teenage girl urging people to fighting for bottled water.

What About That Free Marketplace?

In response to public education campaigns, people are finally seeing the down side to bottled water and are speaking with their wallets. That's the whole idea behind a free marketplace, but the same corporations that lobby for an unfettered market can't seem to accept it when people make a free decision to stop buying their products. A downward sales chart no longer means "re-think your product." Instead, it means "deploy a new PR campaign."

Like cigarettes, maybe bottled water will continue to fall out of favor. If it does, more people will save more money, billions of plastic bottles will stay out of landfills, a huge amount of energy and petroleum will be saved on the manufacture of single-use plastic bottles and people remain well-hydrated by public water supplies. That all sounds great.

But it will also mean that, once again, PR whiz Tom Lauria will be out on the streets, looking for another losing product to defend.

The International Bottled Water in Alexandria, VA. is not a part of the American Beverage Association in Washington. D.C. We do co-sponsor a bi-annual beverage trade show called InterBev but we are two distinct organizations. You slight tap water when you claim it "is essentially fee." It's not and people have the water bills to prove it. Municipal water systems are heavily subsidized dueto the importance of water as a public utility and it deserves all our support. Many people prefer to hydrate themselves with spring water or professionally purified water. Modern technology gives 100% recyclable, light-weight plastic bottles to make that possible. We strongly support single-stream curbside recycling prgorams because it is the best best to collect all recyclable material, not merely empty water bottles, which make up only 1/3 of one percent of the U.S. waste stream, according to the EPA. There are literally thousands of consumer goods packaged in plastic. Why do you single-out the healthiest beverage on the store shelf? Also, 90% of our members are small, family-run businesses who have bottled water for generations. As for your swipe at our You Tube communications, let me remind you You Tube is home to hand-made videos. If we had spend tens of thousands of dollars on slicker, more polished video, you'd be all over us for spending the money when its the message that counts. I invite you to view all 16 or 17 of our videos for a better understanding of bottled water companies.
I'm a strong critic of bottled water, as anyone whose seen my book knows ("Bottled and Sold: The Story Behind Our Obsession with Bottled Water" - www.bottledandsold.org). But critiques of bottled water do best when they stick to the facts (of which there are plenty), rather than ad hominem attacks on individuals. The grounds for moving off of bottled water? Health, money, environment, equity, and much more.
if people want to overspend for water, so what? Id rather kids carry bottled water than soft drinks but I really dont care how people spend. As for bottles and landfills, why has no one started charging for plastic bottles like they do for glass? Seems to me people would recycle them more if you added a 10-20 cents empty fee. I understand worrying about the effects of waste and landfills but NOT buying bottled water is a knee jerk reaction and yes, it DOES take away from your rights to force all sales of bottled water to be closed off. . Find a way to get more people to recycle the bottles and dont worry how people spend their monies. People blow money on tons of useless things, its THEIR prerogative, not the nanny state. How about the built in obsolensce of technology? Whats the average lifespan of a cell phones? What happens to these? if people want to buy a new phone every month, I wouldnt have problems with it if these were 100% recyclable. Im not against protecting the environment, i am against protecting people from overspending. Im against having groups decide for me what I can or cant consume. Im honestly not impressed by either sides in this debate and every once in a while when Im somewhere out of the home on a hot day and i stop by the convenience store to get something to drink, I will still take a bottle of water over a bottle of Coke (water and sugar) because its better for me and ITS practical. Im not a 40 bottles a week kind of guy but there are times when bottles are very useful. Problem is it is impossible to limit the use. You either allow it or you dont.
...it's cheaper in the long run and better for the environment. Anne Landman
Hi Thanks for the amazing content, really informational. Keep up the good work!
in your bio Anne, the link to Living Earth Construction isn't working. cover up? LOL
I updated the link to the builder. Thanks for the heads-up. Anne Landman
hi friends the britta backed anti bottled water campaign, makes a big bruha, about bpa. there is so much in our environment ( paint ,clothing furniture, etc),that it is impossible to remove from our bodies. talking about bpa in bottle statistics can lie. you can only detect bpa in a warehouse of bottles, by doing a statistical analysis. many bottles will have none! however all receipts, (atms, stores, theatres, computer ink etc have over 400000 microparticles per item. they are instantly absorbed by human touch. brita or no one else is calling for an end to our purchasing convenience. such phoniness!
that's fine if the public water supplies are clean and good enough for drinking. In some countries they're not hence bottled water do come in handy
What no one here is mentioning, which is why I drink bottled water is the FLUORIDE in our tap water. It's been proved not to promote healthier teeth, and it's listed as POISON. Very few other places on earth allow fluoride to be added to their water, because they aren't as stupid as we are... Some brands of bottled water are just tap water poured into the bottles, so you've got to be careful.