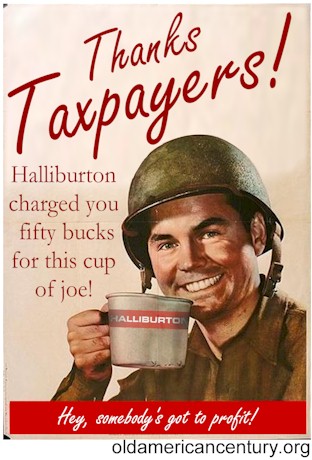 When legislators talk about cutting the country's deficit, they invariably propose slashing Medicare, Medicaid and Social Security as the primary options. Now, in a rare display of bipartisanship, House Representative Barney Frank (D- Massachusetts) and Tea Party favorite, Rep. Ron Paul (R-Texas) issued a join statement of support for cutting the U.S. military budget as part of future deficit reduction efforts. "For decades, the subject of military expenditures has been glaringly absent from the public debate," Frank and Paul write, "Yet the Pentagon budget for 2010 is $693 billion -- more than all other discretionary spending programs combined (pdf). Even subtracting the cost of the wars in Iraq and Afghanistan, military spending still amounts to over 42% of total spending. Frank and Paul aren't talking about cutting support for American troops in the field or essential funds for combating terrorism. They point out how other countries have come to depend on the U.S. to provide for their defense, and quote a recent New York Times article that said Europeans benefit from generous vacations, early retirements, free national health care and extensive welfare benefits in part because their countries maintain low military spending due to protections afforded by NATO and "the American nuclear umbrella." Paul and Frank question the benefit to American taxpayers of intervening in civil disturbances virtually anywhere in the world, and of extending U.S. military might worldwide.

thanks for the useful information...