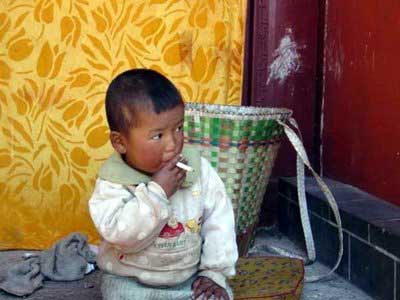 Global cigarette makers like Philip Morris (PM) and British American Tobacco (BAT) are getting more aggressive in their efforts to recruit new smokers in developing countries to replace those who are either quitting, dying or failing to take up the addiction in the U.S. and other developed nations. Tobacco companies use marketing tactics in foreign countries that they could never get away with using in the U.S. In Indonesia, for example, cigarette ads still appear on television and billboards, companies target kids by putting cartoon characters on cigarette packs, and stores still sell cigarettes to children. As governments try to crack down on these objectionable marketing behaviors, cigarette makers fight back using lawsuits and time-worn, but effective PR techniques. Philip Morris International has been especially aggressive in fighting marketing restrictions overseas. The company has deployed a $5 million campaign in Australia to fight a government plan that would require cigarettes be marketed in plain brown or white packages. PM designed the campaign to make it look like it was coming from small store owners, and got help financing it from competitors like BAT and Imperial Tobacco. The companies also argue that higher cigarette taxes will stimulate smuggling, but tobacco industry documents reveal that global tobacco companies are not only complicit in cigarette smuggling, but that they oversee it, and even depend on it to gain access to closed markets.

These 'persons' are criminals, and should have their freedom taken away from them!

HI, is there anyway you could show pictures the cigarette packets these vile dehumanized fiends put cartoons on to attract children?
Also could you name and shame any UK and U.S. politicians involved with these tobacco companies?
I surely would put this out on by blog and could use this extra info if possible.

I thought I would try do a search at Youtube regarding anything covering what you saw in yourarticle, and found this channel http://www.youtube.com/watch?v=M001NNhyqaE
The whole thing stinks to high heaven, and when you checkout their so-called 'subscribers' you find really odd 'clientelle' and channels that look set up and phony and ....weird and incongruent--not real. Also notice how these hypocritical fiendish people do NOT want any feedback to challenge their lies.
I am not sure if you are going to do a video about this subject but if you do I am subscribed to you (i think?) and will very much share this as much as I can. I have already tweeted it.

I've been reading several pieces in the Times linked in various articles tonight. But, when I come to the link here, I find I must register before I can read a story in the NY Times Inc.
Hmm .... I wonder why.