Last week, the Federal Reserve was finally forced by law to release some (not all) of the details of its back-door bailout of the global financial system. The Fed data focuses on the emergency lending programs initiated in 2007/2008, but it also includes data for the Fed's more recent purchases of mortgage-backed securities (MBS). These later purchases represent the real risk for taxpayers in the Fed's continuing bailout activities, but have received the least coverage in the mainstream press.

Thanks to tremendous public pressure and the recently-passed Wall Street reform bill, the U.S. Federal Reserve was forced to reveal the details of its emergency bailout of the financial sector for the first time yesterday. From a quick review of the data now available on the Federal Reserve website, we can see that the Fed took an expansive internationalist view of its role, prompting U.S. Senator Bernie Sanders (I-Vermont) to ask: “Has the Federal Reserve Become the Central Bank of the world?”

When AIG was bailed out out in Sept. 2008 and immediately passed on huge sums to overseas counterparties, including Société Générale (France) and Deutsche Bank (Germany), there was a public uproar. The Fed data out today confirms what many suspected. This back-door bailout of foreign banks was just the tip of the iceberg. The Fed data covers 13 programs amounting to some $3.3 trillion in loans. We could only look at a few, but in every program examined, foreign banks were huge beneficiaries of a taxpayer-funded lifeline.

Reckless Wall Street derivatives trading helped collapse the economy, costing Americans 8 million lost jobs and $14 trillion in lost wealth. The Wall Street reform bill reins in the speculators and high rollers, bringing transparency to dark markets and forcing the big banks to put up real money behind their bets. But now the Wall Street lobbyists are working feverishly behind the scenes to punch loopholes into the law during the agency rule-making process. Send a letter to let top regulators know you are watching! Click here to take action.

While the Dodd-Frank Wall Street reform bill did too little to address the problem of “too big to fail” banks, one of the big wins for reformers was the bill’s strong derivatives chapter which drags risky “over the counter” derivatives trades out of the shadows and into the light of day.

Reformers won strong provisions for clearing, margin and transparency, which will force the big banks to put real money behind their bets. Reformers also succeeded in securing mandatory position limits for key commodities that will protect consumers from price spikes caused by excessive speculation.

But now that the Wall Street reform bill is in the agency rulemaking process, bank lobbyists are back in droves, descending on regulators in an attempt to force giant loopholes into the law – loopholes worth billions of dollars for the big banks.

Our friends at National People's Action (NPA) are planning another "Showdown" with big banks across the nation.

When Wall Street crashed the economy in 2008, it cost America eight million jobs and five million homes. A quarter of American families are underwater with their mortgages and four million more families may lose their homes. Despite widespread anger at the big banks, they aren’t getting the message. They continue to fraudulently foreclose on millions of families in order to keep paying out record bonuses to their top executives. They continue to back the predatory payday loan industry with over 1.5 billion dollars of credit. This cannot last.

Join NPA, Service Employees International Union (SEIU) and dozens of other groups as they protest the big banks in a series of actions across the nation November 18-24. See a full list of actions here and plan one for your neck of the woods soon.

In December, two million Americans will lose their Unemployment Insurance unless Congress acts. Millions more will follow. Congress is about to make a choice that will define this moment in history: either support those unemployed by the recession or give tax cuts to millionaires and billionaires. Let them know you are watching. This week you can call your Senator toll free 866-606-1189 or send an email by clicking here. Tell Congress that Unemployment Insurance benefits are a vital lifeline for families and communities in these tough times. 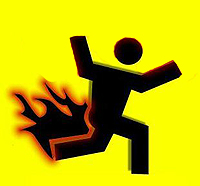 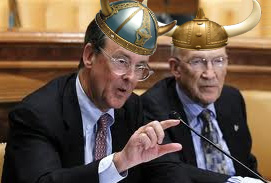 Watch out, they're coming. After an election cycle in which Republicans worked themselves into a lather in an attempt to convince voters that the deficit was the source of all their economic woes, the political elites and their Bankster backers are coming for the middle class. What better time for us to start a new publication -- "Pillage and Plunder Alert"? And what better inaugural event than the release of the draft report prepared by the co-chairs of the Presidential Deficit Commission?

The sweeping Wall Street reform bill that was signed into law this summer calls for the creation of the Consumer Financial Protection Bureau (CFPB). Just like other consumer regulators work to keep dangerous products off the market, the CFPB’s job is to make sure financial products and services don’t harm consumers or our economy. 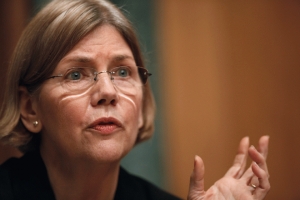 This summer, almost 3,000 subscribers to our BanksterUSA action alerts signed a petition to President Obama asking him to appoint Elizabeth Warren to head the new bureau. On September 17th, the President appointed Warren to get the bureau on its feet and running. The new agency has not yet opened its doors, but we wanted to give Warren and the new staff a little guidance on what Americans think the agency’s top priorities should be as it begins its work.

Here at CMD, we work closely with the reform coalition Americans for Financial Reform (AFR). We hope you will take the AFR survey to let us know what consumer financial issues you think the new agency should tackle first and we will make sure the survey results are put on Professor Warren’s desk.

It’s the day before a hotly-contested national election, where it appeared the rabble was well positioned to deliver a colossal spanking to the elites who have for too long ignored their plight, so what does Team Obama do?

They have a press conference to talk about their eagerness to complete the Korea Free Trade Agreement negotiated by President Bush. "The president has long said we want to try and address the outstanding issues regarding the Free Trade Agreement in order to bring it forward for approval," said Mike Froman, Obama’s deputy national security advisor for international economic affairs. “[W]e're going to put every effort into achieving ... an acceptable agreement, a satisfactory agreement, by the time the president comes to Seoul," he told a news conference on Monday.

Are these people nuts?