With polls showing the recall election between Walker and his challenger Tom Barrett tightening to a dead heat (49-49 in a recent survey by Democratic pollster Celinda Lake), Republicans have been invoking fears of "voter fraud" to cast doubt on a potential Barrett victory, despite repeated investigations finding no evidence of in-person electoral wrongdoing. 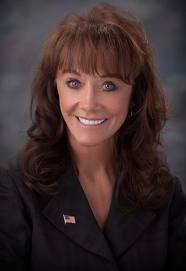 Governor Scott Walker has been talking about protecting Wisconsin taxpayers a lot in his campaign to keep his seat in the June 5 recall election, but it appears some taxpayers are getting more help than others. The Milwaukee Journal Sentinel reports that Walker's biggest donor, the Beloit billionaire Diane Hendricks, paid zero state income tax in 2010. Scott Bianchini, the tax director for Hendricks' company, ABC Supply Inc. "declined to comment when asked whether Hendricks, who is chairman of ABC, had other income such as salary or dividends that could have been taxed in 2010." Hendricks has been in the public eye recently after a video was released in which Hendricks asks Walker about how to make Wisconsin a "red state" and if he will implement anti-union "Right to Work" laws. Walker responded by saying his "first step" was to "divide and conquer" unions. Hendricks subsequently gave Walker $510,000 for his recall campaign making her his top donor.

Minnesota's Campaign Finance and Public Disclosure Board will investigate whether the American Legislative Exchange Council (ALEC) should be registered as a lobbyist in the state, according to a letter sent to Common Cause-Minnesota. The Center for Media and Democracy (CMD) has also asked Wisconsin's ethics board to investigate ALEC's activities, and this month the Wisconsin Attorney General referred a joint complaint about ALEC's lobbying -- by CMD and Common Cause-Wisconsin -- to the state ethics board.

Candidates in the June 5 recall elections filed their campaign finance reports yesterday with the Wisconsin Government Accountability Board (GAB). Reports show that Governor Scott Walker raised $5 million between April 24 and May 21, which brings his total to $30 million since January 2011 -- more than any other candidate in Wisconsin history. Milwaukee Mayor Tom Barrett's campaign has raised $3.1 million between April 24 and May 21, for a total of $3.9 million. Walker is outspending Barrett by a factor of 12:1. These numbers do not show the astonishing level of spending by 3rd party groups who have come into the state, mostly on the side of Governor Walker. The Republican Governors Association (RGA) alone has spent as much in this last month ($3.9 million) as Tom Barrett has raised.

Today, Milwaukee Journal Sentinel reporter Dan Bice revealed the existence of potentially explosive emails uncovered as part of the John Doe criminal investigation of Governor Scott Walker's former staff during the time that he served as Milwaukee County Executive. The paper had previously reported that as part of the wide-ranging secret investigation, the Milwaukee District Attorney was looking into "bid rigging" allegations related to the county's efforts to find private or public office space for its Department on Aging. The paper is now revealing that this aspect of the investigation involves emails between Walker and a long-time campaign advisor that have been described as everything from "legally inconclusive" to "a bombshell." Because of the strict secrecy rules governing the case, the sources refused to release the documents to the newspaper. Anyone divulging information from the John Doe proceedings, which take place in closed court before a single judge, could face criminal charges.

DC-based special interest group Americans for Prosperity (AFP) is busing-in out-of-state Tea Partiers and spending millions on advertisements, rallies, and phone banks in the weeks before recall elections for Wisconsin Governor Scott Walker, Lt. Governor Rebecca Kleefisch, and four state senate seats. But the group founded and funded by New York-based oil billionaire David Koch insists its activities have nothing to do with the Wisconsin campaigns or elections.

Firefighters Trash DNC for Lack of Aid in the Recall

For weeks Democrats in Wisconsin have been putting pressure on the national Democratic Party to do more for the upcoming June 5 recall election. The Republican Governors Association and the national Republican Party, headed by Wisconsinite Reince Priebus, are "all in" on the Walker campaign, bringing in a string of Republican governors to campaign on behalf of Walker and spending millions on fundraising and TV ads. In response to the pressure, Democratic National Committee (DNC) Chair, Florida Congresswoman Debbie Wasserman Schultz, sent an email to Democrats around the country on May 23 asking for help for Walker's challenger, Milwaukee Mayor Tom Barrett. But with less than two weeks before the election, Democrats and labor leaders are steamed. Today, the fight broke into the open when International Association of Fire Fighters President Harold Schaitberger, told The Hill: "I'm very disappointed that the DNC has not seen fit to make a dollar investment," Schaitberger said. "When you're facing $25 million or more in super-PAC funds, you need money. The campaign needed funds to get up on the air to fight back. ... I think that would have been a good investment going into November."

Two Wisconsin newspapers published front-page stories this week about the state's recall elections, suggesting that both Democrats and Republicans are evenly matched financially, and have even received the same level of support from out-of-state donors. But what is the real story?

Governor Scott Walker will be joined by Louisiana Governor Bobby Jindal at two campaign events in Wisconsin today to aid Walker as he faces Milwaukee Mayor Tom Barrett in a June 5 recall election. Jindal was last in the news here for poaching the Thomas Products manufacturing plant out of Sheboygan in 2009, costing the state 366 union jobs. Walker will also be joined by South Carolina's Republican Governor Nikki Haley on the campaign trail next week. Last night on Fox News, Haley refered to herself repeatedly as a "union buster." Earlier this week, former Minnesota Governor Tim Pawlenty joined Walker in La Crosse. New Jersey Governor Chris Christie was the first Republican Governor to step up to the plate to assist Walker with the recall. The RGA has spent at least $4.8 million in the state, mostly on TV ads.