Exactly three years ago our book Weapons of Mass Deception: The Uses of Propaganda in Bush's War on Iraq was published. Our publisher pitched it this way: "Rampton and Stauber take no prisoners as they reveal - headline by headline, news show by news show, press conference by press conference - the deliberate, aggressive, and highly successful public relations campaign that sold the Iraqi war to the American public.

"The U.S. military has removed two firms from a psychological operations contract aimed at influencing international public opinion," reports the Washington Post. "The firms, plus a third company (SYColeman) that will retain the contract, spent the past year developing prototypes for radio and television spots intended for use in Iraq and in other nations...

Jeffrey Addicott, Associate Professor of Law and the Director of the Center for Terrorism Law at St. Mary’s University School of Law in San Antonio, Texas, will head a $1 million project funded by the U.S. government to produce a "model statute" to restrict information disclosed under the 40-year-old Freedom of Information Act (FOIA).

While "the latest target is the New York Times," for reports on a U.S. program tracking international financial records, journalists and media outlets around the world have been criticized -- and prosecuted -- for publishing stories related to the so-called Global War on Terror. 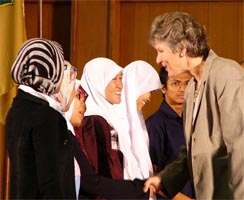 With the help of U.S. Undersecretary for Public Diplomacy and Public Affairs Karen Hughes, "the Bush administration has drawn up a classified list of about a dozen high-priority countries on which to focus public diplomacy." Hughes "said strategic plans were being developed for those 'pilot' countries," which include Afghanistan, Indonesia, Malaysia and Egypt. Hughes "said her department would seek out clerics from Muslim nations where some Friday prayers encouraged hatred and bring those clerics to America on exchange programs." "People who have been to America or know someone who has been to America are far more likely to have a positive view of our country," she explained. Another goal is to identify "strategic influencers." Hughes gave the example of a dinner she attended at the U.S. ambassador's home in Morocco, "where the person on her right was a famous cooking show host, while on her left was a track star."

The first spots produced by the U.S. Army's new ad agency, McCann Erickson, aim "to recruit Arabic-speaking translators," reports Advertising Age. The Arabic-language spots are running in heavy rotation during World Cup coverage on the Arab Radio & Television Network in Canada and the United States. In one ad, a soldier says, "I am a bridge between two cultures. ... I make the children smile because I can speak with them," followed by "a mention of a $10,000 reward for joining the Army and the possibility of expedited U.S.

"Who needs Hill & Knowlton when you've got Benador Associates?" asks Larry Cohler-Esses in The Nation. Cohler-Esses examines a rapidly-debunked May 2006 story in Canada's National Post, which claimed that Iran's government was requiring Jewish residents to wear a yellow insignia. 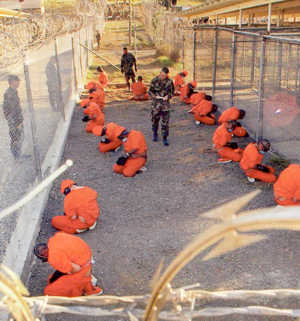 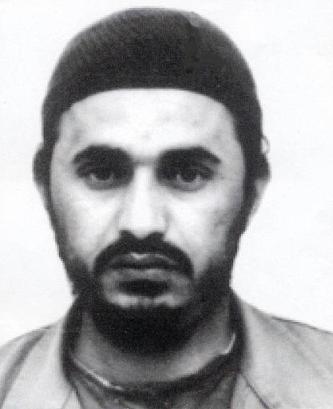 All is not champagne and caviar in Moscow. Pro-Putin political forces are concerned that the West -- particularly the US -- is growing increasingly distant from President Vladmir Putin and the current Russian administration.