The House and Senate both convened their inaugural sessions of the 111th Congress at noon Tuesday with 65 new faces. There were 39 Democrats (plus two non-voting members who caucus with Democrats) and 24 Republicans. (See the complete, citizen-authored profiles of the freshmen at Congresspedia.)

Energy Secretary-designate Steven Chu "seems about as climate friendly as they come," writes Josh Harkinson, but "more industry friendly than his rhetoric suggests." As the director of the Energy Department-funded Lawrence Berkeley National Laboratory, Chu helped broker "the largest university-industry alliance in U.S.

President-elect Barack Obama's close advisers "tend to shudder at any parallels to George W. Bush," writes Mark Leibovich, "but many reporters and rivals have noted the 'Bush-like' tendencies the Obama campaign demonstrated in its ability to control information. The comparison is generally meant as a compliment (albeit a grudging one) by members of the press and expressed enviously by veterans of other campaigns. 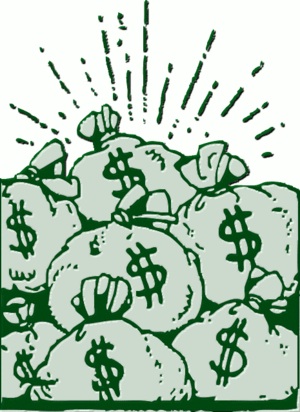 "Consistent with Congress' intent, we are committed to transparency and oversight in all aspects of the program," said Neel Kashkari, the U.S. 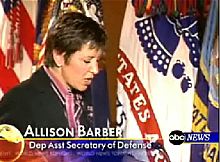 Allison Barber, who founded and led ASY until her recent resignation as Deputy Assistant Secretary of Defense for Internal Communications and Public Liaison (and who infamously helped President Bush stage a teleconference with troops in Iraq), asked in a June 2004 email: "Overseas, we make troops [not living on military bases] buy a digital receiver for their televisions so they can see AFRTS," the American Forces Radio and Television Service. "Is there a way for me to make this situation know [sic] to corporate America and offer them the option of 'sponsoring' a receiver? So the receiver might have a sticker on it that says 'brought to you by Sears'."

An attorney with the Defense Department's Standards of Conduct Office responded sharply: "Of course, you may not solicit anyone, especially corporate America, to sponsor the receivers. That's a no-no."