Neil Barofsky, Special Inspector General of the Troubled Asset Relief Program (a.k.a. the SIGTARP ) caused quite a stir in Washington last week when he released a quarterly report that attempted to tally up the total dollar amount of federal government commitments related to the bailout. Those commitments include federal government programs that spend taxpayer money or issue loan guarantees in an attempt to rescue financial services institutions and support the economy. While the administration and the media have focused on the $700 billion in bailout funds explicitly authorized by Congress, Barofsky tried to bring a little transparency to the complex array of federal programs including those of the Treasury and the opaque Federal Reserve. His report put the potential outlay of taxpayer dollars of the combined 50-plus programs at an astonishing $23.7 trillion. 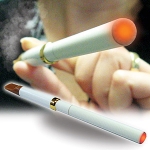 Their websites have names like SmokeAnywhere.com and SmokingEverywhere.com, and manufacturers of electronic cigarettes, or e-cigarettes, are touting that their products are "cheaper than a cigarette," have a "cool design," come in "different flavors" and are a "tar-free option" to traditional cigarettes.

Is there a difference between covert propaganda and secretive campaigns to shape public opinion on controversial issues? The U.S. Government Accountability Office (GAO) apparently thinks that there is.

The GAO recently ruled that the Pentagon pundit program did not break the law against taxpayer-funded domestic propaganda. The program involved some 75 retired military officers who serve as frequent media commentators. From 2002 to 2008, the Pentagon set up meetings between the pundits and high-level Department of Defense (DOD) officials. The Pentagon's PR staff not only gave the pundits talking points, but helped them draft opinion columns and gave them feedback on their media appearances. The Pentagon also paid for the pundits to travel overseas, following carefully-scripted itineraries designed to highlight successes in Iraq and humane measures at the Guantanamo Bay detention center.

The U.S. Federal Trade Commission (FTC) "may soon require online media to comply with disclosure rules under its truth-in-advertising guidelines." FTC assistant director Richard Cleland said, "Consumers have a right to know when they're being pitched a product." But the "hypercommercialism of the Web" may be "changing too quickly for consumers and regulators to keep up," reports the New York Times.

The American Association of Public Health Physicians (AAPHP), who opposed the new bill giving the U.S. government regulatory authority over cigarettes and other tobacco products, says the bill was essentially written by Philip Morris for the company's own benefit.

Key to the Obama administration's proposal for financial industry reform is the establishment of a Consumer Financial Protection Agency. The proposed agency would "have a broad mandate to cover the spectrum of consumer financial products and to fill gaps in current regulations." Not surprisingly, big business is fighting back.

The Obama administration has denied a request made under the Freedom of Information Act for the names of all visitors to the White House visitors between January 20 and May.

From March 2008 to January 2009, the U.S. Federal Deposit Insurance Corporation (FDIC) spent $7.6 million on public relations and marketing, to "instill confidence in the stability of the insured banking system" and mark the agency's 75th anniversary.