Cuomo then dared to voice an inconvenient truth: "Now it's 2006 and we're all rejoicing. Why? Because of Iraq. A GIFT. A gift to the Democrats. A lot of whom voted for the war anyway." The former New York governor challenged his partisan audience, "If Iraq is not an issue, then what issues do we have to talk about? … Where does that leave you? It leaves you in the same position you were in in 2004 – without an issue. Because you have no big idea."

You can watch some powerful video of our August 5th Coffee with the Troops online at AfterDowning Street, Alternetand on YouTube. We filmed the entire event, which was attended by more than one hundred people at the Yearly Kos Convention Sunday in Chicago.

US News & World Report observes the furious activity among Democratic Party-aligned think tanks. "With the party back in power on Capitol Hill and an open field of presidential candidates to influence, they're racing to get their ideas out in white papers, newspaper op-eds, and conferences. ...

"Scores of Washington [Democrats]" are "ensconced in firms working to advance corporate agendas that don't look that different from policy we see emanating from the Bush administration," writes Russ Baker, summarizing a report released by his Real News Project.

"A group of former Clinton administration officials not fully satisfied with the Democratic National Committee's outreach to the Hispanic community are participating in a soon-to-be launched multimillion-dollar effort to brand the Democratic party among Hispanic residents," reports Alexander Bolton. 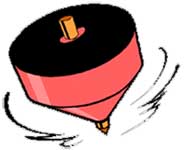 "Scores of the US's richest people have pledged $1 million or more towards a new attempt to reinvigorate the American left and counter the powerful Republican political machine," writes David Teather.

Venezuela has launched an advertising campaign "pitching itself as an egalitarian nirvana where petro-dollars are funneled straight to the poor," reports the New York Times. "The idea, say Venezuelan officials, is to show American business executives and policy makers that a happy country is a stable one, even if many in Venezuela would disagree." The ads were created by Underground Advertising, a small San Francisco firm that does work for non-profit and progressive organizations.

"The ascendancy of 'news' with an attitude - a spin, a bias - is undeniable," reports Newsweek, which cites Fox News Channel, Air America Radio, Fahrenheit 9/11 and the Drudge Report as examples.