Aside from the recent shoe-tossing incident when Bush visited Iraq, there's hardly any coverage of Iraq anymore, as Megan Garber points out in the Columbia Journalism Review. "Per studies from the Project for Excellence in Journalism, the war regularly wins less than two percent of the weekly U.S. news hole," she writes. "And complacency shouldn't keep us from being fairly shocked when, after Iraq's cabinet approved a 2011 deadline for the withdrawal of all U.S.

"In the usual process," writes Greg Mitchell, "the U.S. government -- and media here -- are playing down questions about whether Israel overreacted in its massive air strikes on Gaza, while the foreign press, and even Haaretz in Israel, carries more balanced accounts. The early reports on Sunday already reveal the bombing of a TV station and mosque and preparations for an invasion." Mitchell cites eyewitness accounts that describe morgues full of civilians, along with editorial stating that Israel's bombing of Gaza "within the span of a few hours ...

David Roberts, an environmental writer for Grist.com, has written a great critique of the coal industry's "clean coal" campaign, pointing out that "it's an obvious scam -- easily exposed, easily debunked. Just because it's obvious, though, doesn't mean the media won't fall for it. Indeed, the entire 'clean coal' propaganda push is premised on the media's gullibility." Roberts notes, as have others, including a recent report by the Center for American Progress (CAP), that "the companies funding 'clean coal' PR aren't spending much on carbon capture and sequestration (CCS) research." They have therefore made no progress in reducing the greenhouse gas emissions that make coal a potent cause of global warming. The concept of "clean coal" was invented to answer concerns about global warming, and its advocates play a rhetorical game of bait-and-switch on precisely this topic. When pressed about how coal can be clean, Roberts observes, "they revert to the other definition of 'clean' -- the notion that coal plants have reduced their emissions of traditional air pollutants like particulates and mercury (as opposed to greenhouse gases)."

Jesse Eisinger was one of the few financial reporters to sound an early warning about Wall Street's financial meltdown. In an interview with the Columbia Journalism Review, he explains that business reporters failed to see it coming because "the people who have gravitated to business journalism didn't get into journalism for the same reasons that people in political journalism tended to get into journalism. ... It's not necessarily fired by a sense that we should right society's wrongs. ...

CNN has announced that it will cut its entire science, technology, and environment news staff, a move that Christy George of the Society of Environmental Journalists called "disheartening." Other networks have also been slashing science and environmental jobs, including NBC Universal's The Weather

"Dan Abrams, the chief legal correspondent for NBC News who recently lost his prime-time cable news show, is forming a consulting firm that he hopes will connect a global Rolodex of media experts with businesses that need strategic advice," reports Brian Stelter. "The firm, Abrams Research, may resemble a narrowly focused version of 'expert network' firms that connect investors to industry experts. 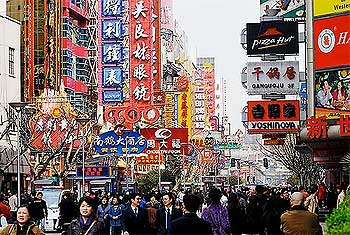 The Associated Press recently conducted a study of news consumption by young people which found that participants "showed signs of news fatigue; that is, they appeared debilitated by information overload and unsatisfying news experiences. ... Ultimately news fatigue brought many of the participants to a learned helplessness response.