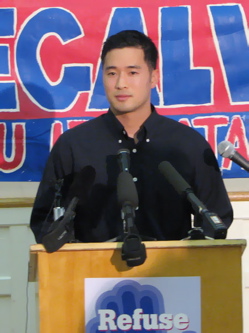 A report written in 1959 by Mark May, a Yale University professor and expert on psychological warfare, detailed the extensive operations by the United States Information Service (USIS) in Japan after the end of World War II. The report was recently uncovered in the National Archives in Washington by Kenneth Osgood, an assistant professor of history at Florida Atlantic University. The report reveals that 23 of 50 USIS-sponsored programs were not publicly identified as U.S. funded projects.

Andrew Stroehlein, the director of media and information at the International Crisis Group, reflects on why the English language version of Al Jazeera's television news operation "remains unavailable to most Americans." The quality of reporting from what is perhaps the best-funded television news network, he argues, is not the problem.

A public relations trade publication has editorialized in favor of video news release (VNR) disclosure ... sort of. "The Federal Communications Commission is correctly serving the US citizens' right to know where footage originates," writes PR Week.

After a November 6 speech at a biodiesel plant in Iowa, Senator Hillary Clinton took questions. But "some of the questions from the audience were planned in advance," reports Patrick Caldwell. Grinnell College student Muriel Gallo-Chasanoff said that "one of the senior [Clinton campaign] staffers told me what" to ask. 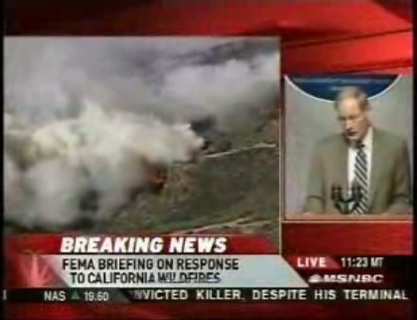 The California wildfire press conference staged last month by Federal Emergency Management Agency (FEMA) staffers, who asked questions of their boss as though they were reporters, has claimed a second

Some public relations people are in an uproar after Wired magazine editor Chris Anderson published online the email addresses of 329 PR people who have sent him unsolicited email messages. "I've had it," he wrote on his blog. "I get more than 300 e-mails a day and my problem isn't spam. ... it's P.R.