In case you had any doubt that California's Prop 37 -- which would require labeling of food containing genetically-modified organisms (GMOs) -- is a significant threat to industry, a top food lobby has now made it perfectly clear.

Part 1: Legislative Service with a Smile

"Quid pro quo: something given or received for something else"

At about ten o'clock on the morning of March 23, 2011, Faith Williams walked into the office of Ohio House Majority Whip John Adams (R-District 78). Williams, a lobbyist with firm, Bricker & Eckler, LLP, (Bricker) had an appointment to speak with Adams about an "economic development study" created by some of her clients in the life insurance industry. 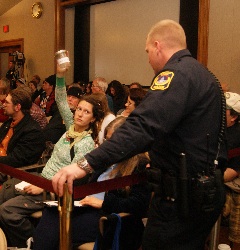 A Wisconsin state legislator is filing a bill that would require greater transparency regarding the activities of the American Legislative Exchange Council (ALEC) in the state.

Rep. Mark Pocan (D-Madison) has been circulating the "ALEC Accountability Act," a bill that would require ALEC to register with the state as a lobbyist and report the funding sources for the "scholarships" funding legislators' travel. Pocan refers to ALEC as a "dating service" for right-wing politicians and corporations who exercise undue influence over state law by crafting "model" legislation behind closed doors.

Pocan believes that while ALEC is doing the work of a lobbyist, it is not complying with the reporting and registration requirements asked of all lobbyists. The bill would redefine "lobbying" to include contact with any member, employee, or agent of a body that "proposes uniform, model, suggested, or recommended legislation."

A guest post by Nick Surgey from Common Cause, originally posted on Common Blog.

When Florida Rep. Rachel Burgin (R- 56) introduced a bill in November calling on the federal government to reduce taxes for corporations (HM 685), she made an embarrassing mistake. 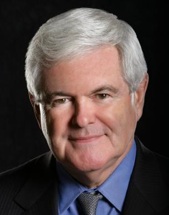