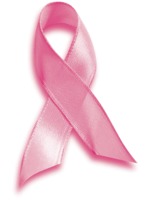 Corporate social responsibility "may work under certain conditions," writes Deborah Doane, but CSR efforts "are highly vulnerable to market failures, including such things as imperfect information, externalities, and free riders. Most importantly, there is often a wide chasm between what's good for a company and what's good for society as a whole." Although CSR efforts "offer good PR," sometimes they're just that.

PR giant Edelman has hired RedState.org blogger Michael Krempasky "for his ability to connect with conservative audiences," O'Dwyer's PR Daily reports. "Krempasky, on his site, refers to the Edelman gig as his 'day job' versus his blogging hobby.

Wal-Mart Stores "is enjoying its best publicity in years as even its harshest critics laud the retailer's Hurricane Katrina relief efforts," reports Emily Kaiser. And the company is planning a "secret spin strategy to counter a union-backed, anti-Wal-Mart media blitz" that accuses the company of paying poverty-level wages and driving competitors out of business.

The Lancet, a leading medical journal, has requested that its parent company, Reed Elsevier, divest itself of business interests that "threaten human health." The magazine's editor made the request after learning that Spearhead Exhibitions, a Reed Elsevier subsidiary, organised the Defence Systems and Equipment international (DSEi) arms fair, which opens this week in London.

Writing in the U.K.

Kenneth Clarke, a British Conservative Party leadership aspirant, is resisting calls to resign as non-executive deputy chairman of British American Tobacco (BAT) and chair of its Corporate Social Responsibility (CSR) Committee. Clarke's supporters have suggested he would resign the roles only if elected leader.

In a review of the role of PR firms in corporate social responsibility programs, Lisa Roner writes that "many early efforts to communicate on corporate responsibility have been high on production value and low on substance." Citing examples such as Hill & Knowlton's role

On December 3, 1984 a toxic gas release from a Union Carbide pesticide factory in Bhopal, India killed at least 7,000 people. Two decades later, 15,000 additional people have died and 100,000 have health problems stemming from the leak of poison gases. Activists worldwide have called on Dow Chemical, which now owns Union Carbide, to take responsibility for the industrial disaster and make reparations.