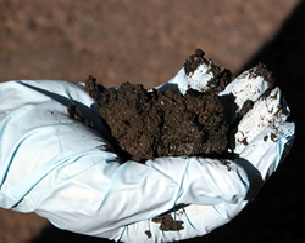 The pesticide and chemical industry front group American Council on Science and Health is lauding organic gardens advocate Alice Waters for her refusing a request from the Organic Consumers Association to publicly oppose growing food in toxic sewage sludge, or "organic biosolids compost", as the San Francisco Public Utilities Commission prefers to call it. The ACSH, bankrolled by a long list of polluting companies, cites a recent New York Times blog about the controversial sludge-for-your-garden give-away that San Francisco was forced to temporarily halt just ahead of a March 4, 2010, protest at City Hall. ACSH's Gilbert Ross bemoans the temporary victory won by OCA, saying "the program has been halted, to everyone’s detriment." The Executive Director of Alice Waters' Chez Panisse Foundation is Francesca Vietor, who is also the Vice President of the SF Public Utilities Commission that since 2007 has been deceiving and fooling San Francisco gardeners into putting toxic sewage sludge on their gardens, by telling them it is organic compost. The OCA is now organizing to make their victory permanent and force San Francisco to clean up the gardens contaminated by their sludge give-away program. OCA would also like chef Alice Waters and her Chez Panisse Foundation to take a clear public stand against growing any food in toxic sludge. Blogger Jill Richardson has also appealed to Waters, writing that ACSH still thinks "DDT should be legal. Don't let them count you as being on their side" in the sewage sludge fight. Richardson notes that San Francisco's own testing found nasty toxins including dioxins in its phony organic compost.