Advertisers Elect Obama "Marketer of the Year" for 2008 | PR Watch

Advertisers Elect Obama "Marketer of the Year" for 2008 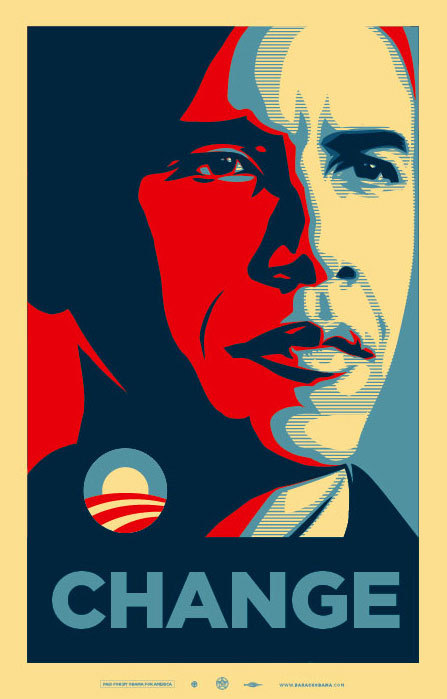 Barack Obama has been named Advertising Age's 2008 Marketer of the Year for the simplicity, consistency and relevance of his campaign. Hundreds of marketers, agency heads and marketing-services vendors attending the 2008 annual Association of National Advertisers conference voted for Obama's campaign over ad campaigns by major companies like Apple, Zappos, Nike and Coors. AdAge called Obama's historic November 4 win the "biggest day in the history of marketing," saying marketers have a lot to learn from his campaign. At a time when 70% of the population thought the country was headed in the wrong direction, Obama adopted a simple slogan of "Change" that never varied throughout his campaign, while his competitors tried for months to find similarly simple yet powerful messages. Hillary Clinton first tried the slogan "Experience," then shifted to "Countdown to change," and then used "Solutions for America," while the McCain campaign tried on a long list of labels like "Maverick," "Straight Talker," "Conservative" and "Hero." By the time the McCain campaign settled on "Country First," it was too late. The relentless focus on "change" pressured Mr. Obama's opponents to talk about how their changes would differ from his, rather than focus on their strengths, like their experience, track records and relationships with world leaders.