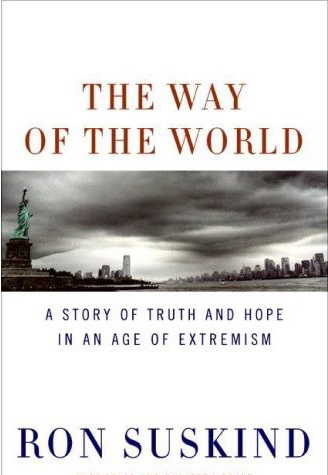 In a new book, Pulitzer-prize winning reporter Ron Suskind charges that in the autumn of 2003, the White House ordered the Central Intelligence Agency (CIA) to forge and back-date a handwritten letter from the head of Iraqi Intelligence to Saddam Hussein, to fabricate a link between the Iraqi regime and the September 11, 2001 terrorist attacks on the United States. In the book, The Way of the World, Suskind explains that the letter was to be backdated to July 2001, and say that "9/11 ringleader Mohammed Atta had actually trained for his mission in Iraq -- thus showing finally, that there was an operational link between Saddam and al Qaeda, something the Vice President's Office had been pressing CIA to prove since 9/11 as a justification to invade Iraq." White House deputy press secretary Tony Fratto dismissed the charge, saying "Ron Suskind makes a living from gutter journalism. He is about selling books and making wild allegations that no one can verify, including the numerous bipartisan commissions that have reported on pre-war intelligence." Suskind also gave an interview about his book on National Public Radio.