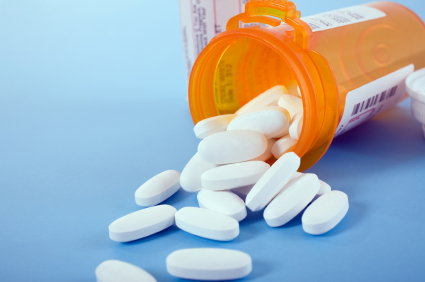 Internal documents from the global drug company Eli Lilly reveal that it trained its sales force to avoid discussing the diabetes risk from Zyprexa, a drug used to treat schizophrenia and bipolar disorder. After research revealed that some patients gained weight and had high blood sugar levels that presented an increased risk of diabetes, an internal company sales document stated that "we believe it is essential to weaken this link to neutralize the diabetes/hyperglycemia issue. ... Neutralizing any concern from our customers will be essential to the future growth of Zyprexa in the marketplace," reports Bloomberg. The document came to light during court proceedings in Alaska. In 2002, the drug's sales force was advised, "We will NOT proactively address the diabetes concern. ... The competition wins if we are distracted into talking about diabetes."

If they patient gained weight it will be blamed on that and no one will think twice. This society #1 never questions that weight gain is anything but the "fault" of the individual, #2 never looks beyond the scarlet O of obesity. Weight gain, as you said, presents an increased risk. That means in any population, when weight gain shows up, diabetes goes up. But that in itself does not prove causation. It could be there is something that causes both weight gain and metabolic change. Weight gain could be a marker rather than and underlying cause. But try tell that to sheeple! This whole hyped up obesity epidemic and the stigma surrounding it serves the power-elite in so many ways. Being a scapegoat for any and all health problems is just one of them. But, as I said, try telling that to sheeple!


That means in any population, when weight gain shows up, diabetes goes up. But that in itself does not prove causation. It could be there is something that causes both weight gain and metabolic change.

This argument reminds me a bit of the old "itchy lung" hypothesis that tobacco industry apologists used to circulate in their attempt to dispute the link between smoking and lung cancer. They argued that smoking itself didn't cause the cancers; rather, there was some other undefined "third factor" that caused them, and this third factor somehow also made people more inclined to smoke.

In the case of weight and diabetes, of course, the causation isn't quite as simple as "gaining weight causes diabetes." Diabetes itself makes weight gain more likely, so in that sense, "diabetes causes weight gain." Moreover, there are clearly other factors that cause both weight gain AND diabetes. Genetics, for example, is one such factor. (as, for example, in the [http://diabetes.niddk.nih.gov/dm/pubs/pima/obesity/obesity.htm Pima Indians]). Eating lots of chocolate chip cookies would be another factor that obviously causes both weight gain and increased risk of diabetes.

What's clear, however, is that body weight is determined IN PART by individual behavior, and that changes in behavior that reduce body weight will also reduce the risk of diabetes.