The Great Stonewall of China 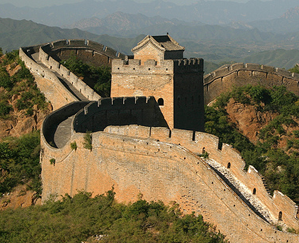 The Chinese government has unveiled a new regulation that China View, an English language website of the government-owned Xinhua News Agency, reports "includes a 'freedom of information' provision that gives the public, whether individuals or organizations, the right to request government information by making a written application (paper or electronic)." However, Rowan Callick reports in The Australian that a pilot program in three of China's biggest cities in 2004 "indicates the chances of Chinese journalists making use of this embryonic freedom of information regulation are very slim." The only request by a journalist in the trial was from Ma Sheng, a legal affairs reporter for Communist Party-owned Liberation Daily in Shanghai. Ma sought a copy of a map "from a district-level planning bureau where, he believed, a corrupt deal had been made with a developer that involved the removal of many residents to clear the way for luxury apartments." His request was denied and, after several twists in the saga, Ma lost his job. The development went ahead.