So Much for Feeding the World | PR Watch

So Much for Feeding the World 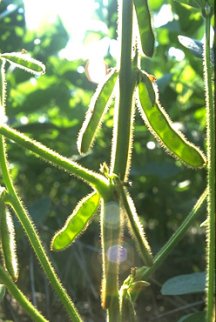 The biotechnology industry has invoked the need for genetically modified (GM) crops to meet the growing global food crisis. For example, Archer Daniels Midland called itself the "supermarket to the world" in its ads. But a recent study carried out on soybeans in Kansas found that GM crops produced significantly less food than their conventional counterparts. A GM soybean from Monsanto produced 70 bushels per acre, compared to 77 per acre for a virtually identical unaltered soybeans. Even after adding extra nutrients that Monsanto's weedkiller, Roundup, seems to block, production was only brought up to the same level as the non-engineered plants. An earlier study in Nebraska found similar results. Monsanto said "it was surprised by the extent of the decline found by the Kansas study, but not by the fact that the yields had dropped. It said that the soya had not been engineered to increase yields, and that it was now developing one that would." Others are skeptical. Lester Brown, president of the Earth Policy Institute, said that "the physiology of plants was now reaching the limits of the productivity that could be achieved." The International Assessment of Agricultural Science and Technology for Development has also "concluded that GM was not the answer to world hunger." And, "when asked if GM could solve world hunger," the chief scientist at the British Department for Environment, Food and Rural Affairs, Professor Bob Watson, said, "The simple answer is no."