Trust Me, I Trust the Experts | PR Watch

Trust Me, I Trust the Experts 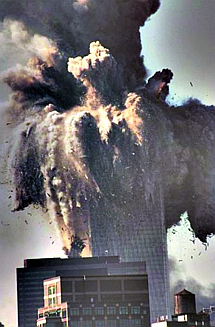 A federal appeals court in Manhattan has ruled that Christine Todd Whitman, the former head of the Environmental Protection Agency, cannot be held personally liable for false reassurances that she gave about the air quality in New York City following the terrorist attacks of Sept. 11, 2001. As we reported previously, reassurances from Whitman's EPA encouraged rescue workers to dig through the rubble, often without face masks or other respiratory protection, in their frantic search for survivors. Hundreds of firefighters and other rescue workers subsequently became disabled from "World Trade Center cough" linked to asbestos and other deadly dust caused by the collapse of New York's Twin Towers. In defense of her handling of the crisis, Whitman says that "Every statement I made was based on what experts, who had a great deal of experience in these things, conveyed to me." (Whitman now works as a spokesperson for the nuclear power industry, which is also safe according to their experts.)